posted on Oct, 10 2012 @ 08:56 AM
link
After several years of skipping vacations to further build his law practice, John had finally decided to take a couple weeks off work and visit the beaches of Jamaica. It wasn’t his first choice of vacation destinations, but he’d got a good deal on a vacation package from his local travel agent, and decided it was the most economical of his choices.

After a couple days of sampling the local foods, he decided that his stomach wasn’t suited to Jamaican cuisine. Walking around the narrow streets, he came across a small building that appeared to be serving Mexican food, or at least selling tacos. That sounded better than the other alternatives in the area.

Sitting down at one of the small tables in the dimly lit room, John was instantly aware of the strange man that was sitting at the table beside him. The man seemed to be out of place in a Mexican restaurant. He was dressed only in a dirty t-shirt and some cutoff jeans. His dreadlocks hung to his waist.

Putting the strange man out of his mind, he ordered a couple tacos from the young waitress when she approached his table. After what seemed like an eternity, he was finally served his meal. The waitress seemed a little rude to him, so he decided that he would just ask the man at the next table to borrow his hot sauce instead of asking the waitress to do her job.

“Excuse me, but could I use you hot sauce?” John asked the strange man at the next table.

Looking up from an empty plate, and a face full of dreadlocks, John was met with a cold stare that sent chills down his spine. A minute went by with no reply from the strange man. John repeated his request, but was left with only the cold stare as a response.

“I guess you must have smoked yourself stupid,” John mumbled under his breath, but just loud enough that he hoped the man had heard him. He rose from his table and walked over to the counter where the young waitress was organizing some silverware, and asked her for a bottle of hot sauce.

“All we have is Jamaica Hellfire,” was her reply as she reached under the counter to produce a small bottle of an ominous looking red liquid. It looked like hot sauce to John, so he snatched the bottle from her hand without as much as a thank you.

Upon returning to his table, John discovered that an identical bottle of the hot sauce was sitting next to his yet to be eaten tacos. He immediately glanced over to the table of the strange man to see that the bottle that had previously been sitting on the man’s table was now sitting upon his own.

“Thanks man,” John said to the man without really meaning it.

“Whatever,” he replied back, quite annoyed that the idiot next to him finally responded after he went through the effort of getting up and getting his own damn bottle.

John dumped a generous portion of Jamaica Hellfire on top of his tacos, and proceeded to shove them into his mouth. A few bites later, the intensity of the hot sauce hit him.

“Holy Hell!!!” he screamed as the fiery sauce burned through his body.

John had order a beer with his meal and quickly downed the entire contents of his glass. It had little effect on the burning sensation that was in his throat. Jumping up from the table, he raced toward the counter where the waitress stood, and demanded a glass of water. She smiled, produced a little laugh, and walked into the back room. She came out a few moments later with a glass of water and handed it to John.

“You pissed off the Obeahman,” she said to him as he handed the empty glass back to her.

“What? Who are you talking about”

“You pissed off the Obeahman, the man at the table beside you. I would go apologize if I were you.”

“I’m not apologizing to anyone. I didn’t do a damn thing to him.”

“You’ll regret it if you don’t”

“Why? Is he going to take his hot sauce away?”

“He’s a witchdoctor you fool. You better go apologize.”

With that spoken, John burst into laughter. “Yeah, sure, and I’m the Easter Bunny.” John tossed some money on the counter in front of the young waitress, turned, and walked towards the door of the restaurant.

“Your tacos sucked,” he said to the waitress over his shoulder as he left.

He didn’t notice the strange man, the Obeahman, the witchdoctor, glaring at him as he left.


Later that night, back in his hotel room, John wasn’t feeling very well. His stomach was upset, and he’d spent the last hour running back and forth to the bathroom.

“That’s the last time I eat Mexican food in Jamaica,” he spoke to himself as he laid back down on the bed, wishing that the pain in his stomach would go away.

Worse and worse the pains grew. John was covered in sweat, and tears were streaming down his face. He could literally feel his insides doing flips. John began to feel a sensation like his stomach was being ripped apart, and little did he know, it was.

A small hand was first to penetrate the surface of John’s skin, tearing a hole just below his ribcage. The fright of watching the creature emerge from his body sent John’s heart into overtime. He was thankful that the heart attack was killing him. He didn’t want to see any more of the monstrosity that was coming out his stomach. He had seen just enough to scream so loud that he had awakened the rest of the guest at the hotel.

Sitting across the road from where John had just died, the Obeahman sat singing an ancient song, and carving a small wooden figure that looked exactly like what had just been created in the body of John. 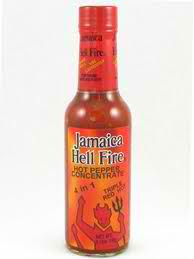 
Thanks Antar! The inspiration for the story actually came from a real life story told to me by a friend about a trip he took to Costa Rica many years ago. I just "spiced" the story up a little... ...The real life version consisted of one of his friends getting a real witch doctor mad at him which resulted in him getting a cursed placed on him. The guy ended up loosing his mind to the point of them having to tie him to a tree to prevent him from hurting himself or someone else. Needless to say, after the guy recieved medical treatment, the doctors didn't believe the curse explaination and attributed his behavior to something all together different.


Wow, truth really can be the best fiction stories...

I had a GF once who had a similar experience in Haiti, it was really awful , I should do a thread about it some day just to save others from her horrible experience.