Chasing the "White Mouse" : The Life of Nancy Wake

posted on Oct, 8 2012 @ 10:39 AM
link
Trying to summarize the life of Nancy Wake into a few words is nearly impossible. I was rather surprised that when I did a search on ATS for her, only one thread came up, and she was only mentioned in passing.

I would have thought that a woman that topped the Nazi’s most wanted list would receive a little more attention than she has, so it inspired me to create a thread so that other’s might learn of her heroic tale.

She was an exceptionally beautiful young woman at the time the WWII, and that helped her become one of the most notorious and heroic women in the history of the war. In this post you’ll find a brief summary of her story, but to best understand who she was and her importance to the outcome of WWII, it’s best to follow the links, or watch the included videos documenting her life.

If you have any interest in the history of WWII, women in the military, or just a good tale, you won’t be disappointed in learning about Nancy Wake, known to the Nazi’s as “The White Mouse”. 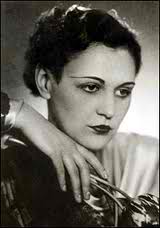 Nancy Grace Augusta Wake AC GM (30 August 1912 – 7 August 2011) served as a British agent during the later part of World War II. She became a leading figure in the maquis groups of the French Resistance and was one of the Allies' most decorated servicewomen of the war. 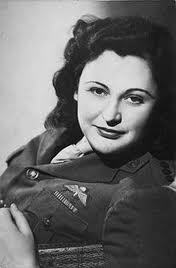 At one point Wake discovered that her men were protecting a girl who was a German spy. They did not have the heart to kill her in cold blood, but Wake did. She said after that it was war, and she had no regrets about the incident

1943 - Nazi pursuers give her the codename 'White Mouse' for her ability to evade capture. She is placed at the top of their most wanted list with a five million franc reward on her head.

"Nancy Wake was a woman of exceptional courage and resourcefulness whose daring exploits saved the lives of hundreds of Allied personnel and helped bring the Nazi occupation of France to an end," Australian Prime Minister Julia Gillard said in a statement.

To the Nazis, Wake was mysterious and elusive. They dubbed her "the White Mouse" because when they were on her heels, she escaped only by hiking 50 hours through the Pyrenees in espadrilles, finally making it to Spain.

Even without a weapon, she could be deadly. During one raid she reportedly killed an SS guard with her bare hands to prevent him raising the alarm. "She is the most feminine woman I know until the fighting starts. Then she is like five men," one of her French colleagues recalled.

"In my opinion, the only good German was a dead German, and the deader, the better. I killed a lot of Germans, and I am only sorry I didn't kill more." Little wonder she topped the Gestapo's most-wanted list.

On the night of 29 April 1944, Wake was parachuted into the Auvergne region where she co-ordinated a 7,000-strong resistance group and headed successful attacks on German forces in the area.

Wake believed the most useful of her wartime exploits was the time she cycled 500km over 71 hours, passing through several German checkpoints, to replace vital codes her wireless operator had been forced to destroy in a Gestapo raid. Without the codes there could be no fresh orders or drops of weapons and supplies