NEW YORK — A US judge formally ordered Iran, Al-Qaeda and several other defendants Wednesday to pay $6 billion compensation to the victims of September 11, 2001, in a largely symbolic ruling.

Although Iran denies any connection to 9/11, it was included in the list of alleged culprits by the US District Court in New York, along with the Lebanese militant group Hezbollah, Afghanistan’s Taliban guerrillas and Al-Qaeda, which took credit for the massive terror attack.

I would like to see what evidence was used for this trial, maybe some testimony, witness statements.
Looks to me like they just made a total mockery of the US legal system. And before you say ' it always was a farce ' keep in mind you've never charged a foreign nation to the tune of $6 billion before. This is whole new territory.

However, the money, awarded for economic, personal and punitive damages for a total of $6,048,513,805, is unlikely to be recovered.

If we were to follow this light, shouldn't Iraq, Afghanistan, Serbia, Vietnam, Lebanon and a plethora of other nations be able to sue the US and Israel?

Seems we would come out owing money.

posted on Oct, 4 2012 @ 06:36 PM
link
Nonsense. The Gov dodged paying out to people suffering from 9/11 for ages, and instead spent billions on war funding at the same time; showing it didn't care about first responders or families suffering from the event. And now they try to pass the buck to a another country of all things.... wow.
edit on 4-10-2012 by boncho because: (no reason given) 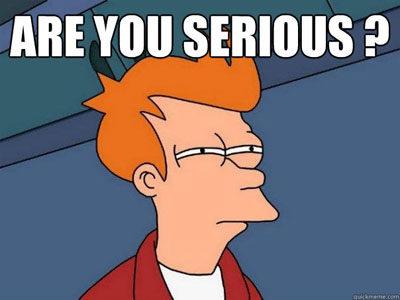 the FBI has never even listed Bin Laden in connection with 911..

now this kangaroo court demands payment from Iraq who it never was proven had WMD..

and something called, "Al-Qaeda", "the Base" which btw only had people claim to be it after we invaded their lands for something they could not possibly do.. yet, in the first place was a nickname for a CIA dataBASE of recruit for a war game known as Able Danger participating against the Able Warrior.. since they do not have indoor plumbing & piss in pots known in local slang as, you guessed it, Al-Qaeda, a basin, the base.. and certainly.. even though they were rich enough to have a pot to piss in, could not nor did not have a Database,, this file was jokingly called a base with the clever double entendre sticking..

now the US has a monetary judgement against a CIA invention?

Originally posted by Agit8dChop
If we were to follow this light, shouldn't Iraq, Afghanistan, Serbia, Vietnam, Lebanon and a plethora of other nations be able to sue the US and Israel?

The US reneged on it's 3.5 Billion in war reparations to Vietnam and we never heard what happened to [something to the tune of 2,500+] MIA/POWs

posted on Oct, 4 2012 @ 07:00 PM
link
Puts me in mind of the opening video clips they used to show on America's Most Wanted, where John Walsh is standing in the rubble, saying: "Nothing's touched me like this. We've gotta help law enforcement take these cowards down!" A face-palm moment if there ever was one.

Oh, well. I guess as long as somebody gets blamed for it....

posted on Oct, 4 2012 @ 07:11 PM
link
What the hell has 'His Honor' been smoking back in chambers? I think there must be some odors of an odd nature back there. I sure don't get where the logic can possibly flow from except activism to an extreme. Stench from the bench....and it makes us a laughing stock. It honestly and truly makes us laughing stocks. Iran and Al Qaeda??? This is like the stereo typical 'white bubba' saying all blacks look the same. I'm stunned...

Perhaps His DISHonor needs to read a book once in awhile. He seems a bit out of touch. Perhaps I could recommend some light reading about how the Taliban (which were pretty much intertwined with AQ and Bin Laden by that time) just about brought Tehran into attacking THEM openly and militarily before 9/11. The Iranians are Shiite Islam. Bin Laden and his crew were/are Sunni. VERY Sunni. Extremist Wahhabi Sunni.

Those two ideologies make the differences between Republicans and Democrats look like mild disagreement over what to have for lunch between two best friends, as I've come to understand by time talking with folks over there who live this. Judges decisions aren't like Bloggers posting an opinion and HIS idiocy carries consequences for real people as well as the longer term precedent issues..... Unbelievable. Obviously..INTELLIGENCE is no requirement to a serving judgeship.

Originally posted by Agit8dChop
I would like to see what evidence was used for this trial, maybe some testimony, witness statements.
Looks to me like they just made a total mockery of the US legal system. And before you say ' it always was a farce ' keep in mind you've never charged a foreign nation to the tune of $6 billion before. This is whole new territory.

Your own source states why Iran was named -


Iran was blamed by the US court partly because some of the hijackers passed through the country on their way to carrying out the attacks.

While Iran irritates the crap out of me I dont see how the hijackers going through Iran makes Iran complicit in any manner. If so then it means we would need to hold European countries, as well as Canada in addition to the US, responsible since they passed through those coutnries as well.

The ONLY thing I could see that would justify it is if Iran new who they were and what they were planning and failed to stop it (again an argument that can be made against the US government as well as European countries as well).


As for the award if I am reading it right its not a criminal case, but a civil case. Civil law in the US is different than our criminal law. The standards of evidence are lower, preponderence of the evidence as opposed to beyond a reasonable doubt, and if by jury it only requires 9 out of 12 jurors (in general, there are some exceptions - like personal injury) instead of a unanimous jury (12 of 12 in criminal trials).

posted on Oct, 4 2012 @ 09:12 PM
link
The ravings of a deranged mind.
9/11 had serious psychological fallout for many who weren't even there.
Television induced-trauma and it worked.
Or maybe he was that way all along, either way
Not only did this emperor have no clothes -
He refuses to button up as well.

I'll be waiting for the circus wagon to come along soon.

It seems every nation in the world ( except for the US ) is responsible for 9/11.

posted on Oct, 5 2012 @ 05:46 AM
link
Didnt we invade afghanistan because we were sure it was them?
Now a decade later we're pointing fingers elsewhere?

This is all a joke.

If so then it means we would need to hold European countries, as well as Canada in addition to the US, responsible since they passed through those countries as well.

Exactly right if one country is guilty then all are guilty. Also seeing how many of the so called hijackers have been found to still be among the living how can it be proven that they even went through Iran.

posted on Oct, 5 2012 @ 06:03 AM
link
Shouldn't Larry Silverstein be forced to pay the victims something also? He pocketed billions from the disaster and it was his decision to "pull it".