Photographic Firsts And A Conspiracy?

page: 1
48
<<   2  3 >>
log in
join
share:
RiverRunsFree
+28 more
posted on Oct, 2 2012 @ 05:13 AM
link
Thought I would post some photographs that are considered 'firsts' in their respective fields. I was reading a BBC article regarding old photos and it inspired me to have a look around at various photographic firsts and the early photographic beginnings. I found them fascinating so thought I would share in case others did too.

Also, thought I would throw in a conspiracy related photo at the end, which I find a little odd.

1) The first ever photo, which has only recently been discovered. It's a shame the person decided to take a picture of a carving as it doesn't look like a photo IMO, but it is, 1825 - 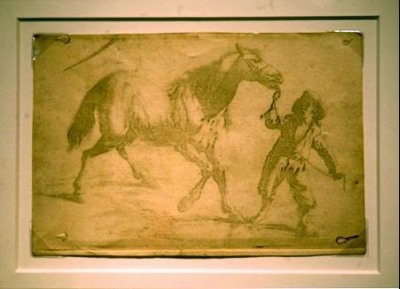 This photograph was only discovered in 2002 and is now known to be the very first permanent photograph ever taken by Nicéphore Niépce – the father of photography. It is an image of an engraving of a man walking a horse and it was made using a technique known as heliogravure. 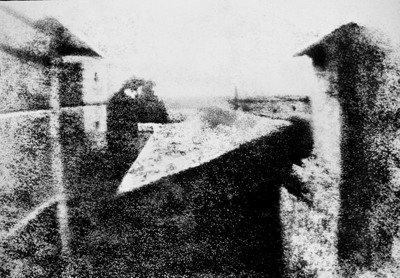 3) The first ever photo of human beings, there were other people in the streets but because of the long exposure time only things that were stationary for 10-15 mins appeared, obviously the shoe shine guys were standing still for a while, 1838 - 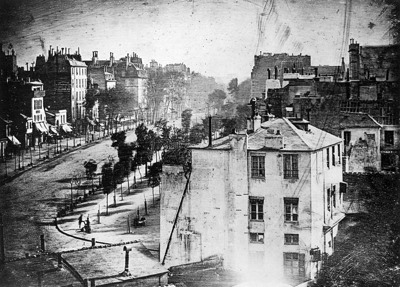 This is the first photograph ever taken that captures the image of a man. The man is not clear and is slightly blurred (no doubt due to the long exposure required). The man can be seen in the foreground – fortunately he stood still long enough (getting his shoes polished) for the 10 minute exposure to include him. The image was taken by Louis Daguerre who invented the Daguerreotype – one of the earliest methods of photography. 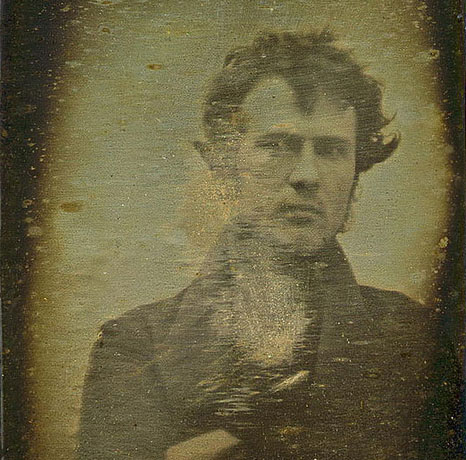 In 1839, a year after the first photo containing a human being was made, photography pioneer Robert Cornelius made the first ever portrait of a human being. 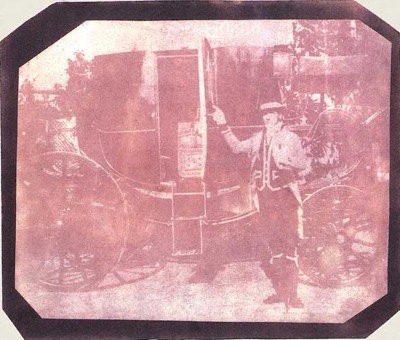 This is the very first photograph that intentionally has a human as its main subject. 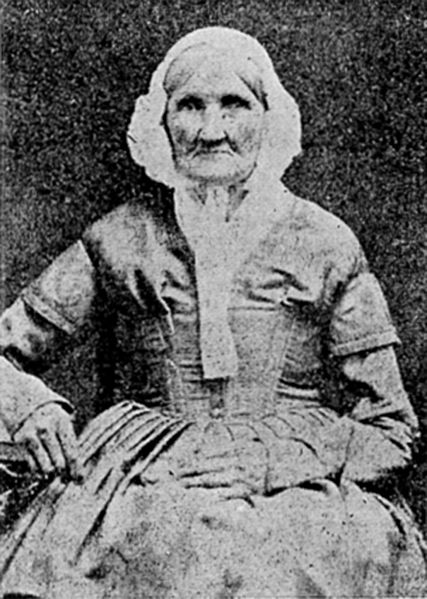 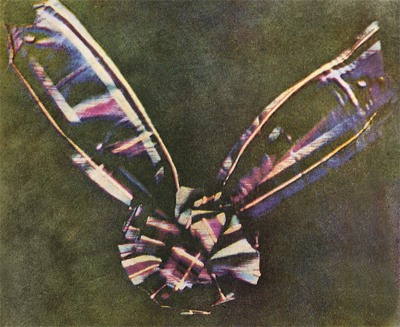 This is a photograph of a tartan ribbon. It was taken by James Clerk Maxwell by photographing the ribbon three times – each time with a different color filter over the lens. The three images were then developed and projected onto a screen with three projectors using the same color filters as the initial cameras. 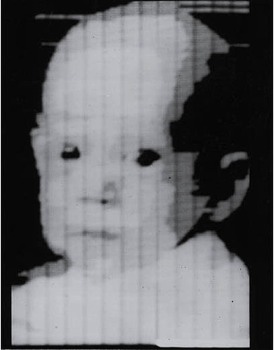 Russell Kirsch was a computer pioneer at the National Institute of Standards and Technology in the USA when he developed the system by which a camera could be fed into a computer. The photo is of Kirsch’s three month old son Walden and it measured a mere 176×176 pixels. Baby Walden now works in communications for Intel.

And now for the conspiracy related photo, I was wondering if anyone else knew who this was? (I know but I'm not sure if he is famous to others) - 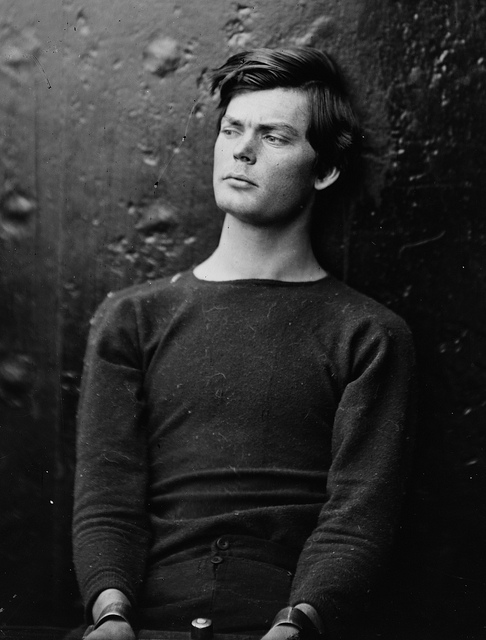 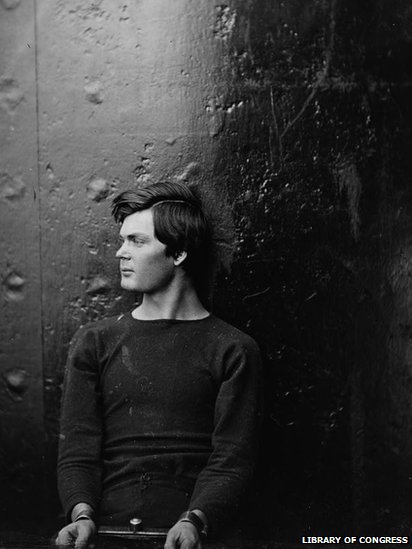 posted on Oct, 2 2012 @ 05:20 AM
link
That looks like one of the guys that was involved in the Lincoln assassination.

Originally posted by Tardacus
That looks like one of the guys that was involved in the Lincoln assassination.

Yeah, Lewis Powell. They are rather 'stylish' photos considering they are over 140 years old. Could easily have been taken last week!

posted on Oct, 2 2012 @ 05:42 AM
link
Nice job guys, it's Lewis Powell. I had never seen these pictures before and what struck me was how modern he seemed. The picture was taken in 1865, almost 150 years ago, just before his execution. 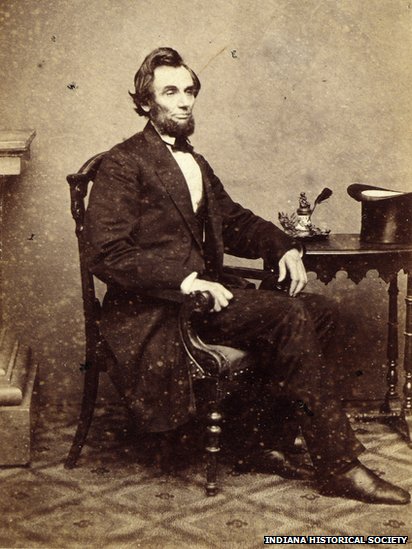 Surely not a time traveller?? Ok maybe not but...


Cool thread. Why does the last guy look like he's on the cover of Abercrombie or something? Just typed it into google to see spelling and Abercrombie was started in 1892? Whoa, little fun fact there...
Why is his hair so dang nice?

To answer your question, the first portrait is a 'self-portrait' (i.e. the photographer pictured himself) the second portrait is the first to have another human as the main subject.

Originally posted by RiverRunsFree
Nice job guys, it's Lewis Powell. I had never seen these pictures before and what struck me was how modern he seemed. The picture was taken in 1865, almost 150 years ago, just before his execution.

Surely not a time traveller?? Ok maybe not but...

I had no idea the tshirt was over 140 years old


Ha yes, and it's hardly faded in the wash too.

Something that did just occur to me, maybe the first ever photo I posted above is wrong and should be the second.

Maybe this is the oldest ever photo -

The Shroud of Turin 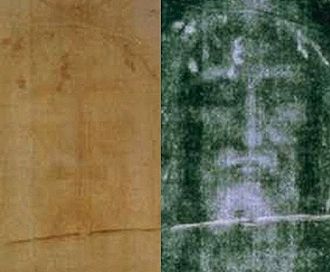 According to the art historian Nicholas Allen the image on the shroud was formed by a photographic technique in the 13th century.[139] Allen maintains that techniques already available before the 14th century—e.g., as described in the Book of Optics, which was at just that time translated from Arabic to Latin—were sufficient to produce primitive photographs, and that people familiar with these techniques would have been able to produce an image as found on the shroud. To demonstrate this, he successfully produced photographic images similar to the shroud using only techniques and materials available at the time the shroud was made.

Of course this is not proven as fact but maybe the shroud is a primitive photo, if so, I wonder how many other primitive photos there were (or are) that we don't know about? Imagine if we found a book of primitive photos from the 13th century (circa 750 years old), now that would be cool.
There could be pictures from the 5th, 6th or 7th crusades, signing of the Magna Carta or from the Mongol Empire.

Just to add, Lewis Powell (the Abercrombie model from the 1860's) was a 'participant' in the first ever execution to be photographed, the pictures are available but I'm not sure if I'm allowed to post them so to be safe I wont.

Is this the first photo of a fairy?

Look at her eyes! Reptilian!!!!


Why is his hair so dang nice?

Abe was no slouch when it came hair either... 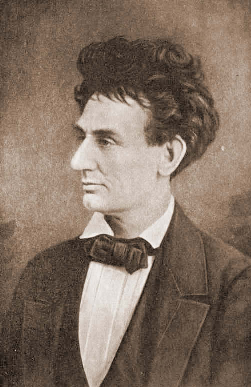 posted on Oct, 2 2012 @ 02:23 PM
link
He definitely looks more stylish than half of the modern population that's for sure. It looks like he's a model!

Look at her eyes! Reptilian!!!!


Thanks SilentE, Those eyes are spooky though.

Originally posted by Sinny
Oioi, that lewis Powells a bit of a hotty! I'd travel back for a piece o that! Aha.

Thats funny... I was wondering if the ladies would find him attractive, I'm not of that persuasion but you can see the appeal.

Abe was no slouch when it came to hair either...

First photos of UFO's.
Interesting because they still looked
pretty much the same long before the term flying saucers.
www.ufocasebook.com...

Originally posted by sealing
I hope yall dont get upset because i went with this.
I thought it was interesting.

First photos of UFO's.
Interesting because they still looked
pretty much the same long before the term flying saucers.
www.ufocasebook.com...

Are you joking, not upset at all... know what I'm doing for the next couple of hours, thanks 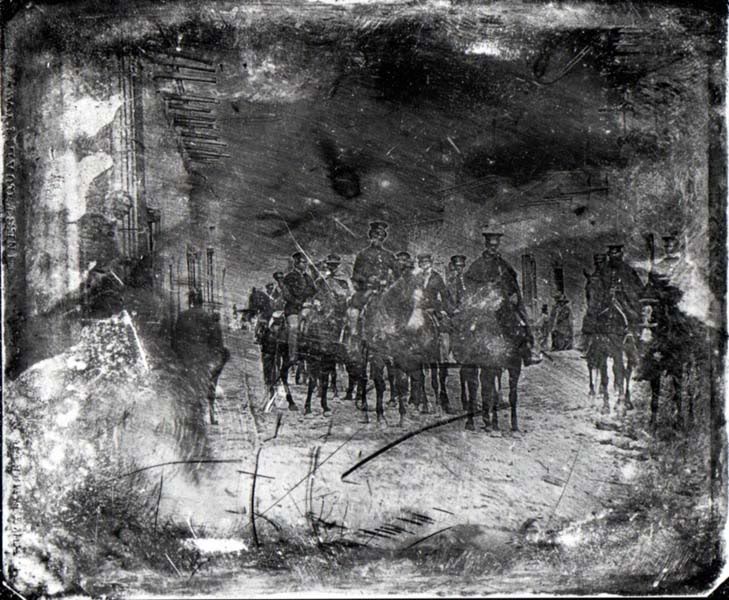 General John E. Wool and his staff after the capture of the city of Saltillo in early 1847. The troops marched 900 miles across the desert from San Antonio, then linked up with General Zachary Taylor's forces to fight the Battle of Buena Vista.

there are more pics here

posted on Oct, 2 2012 @ 03:51 PM
link
Great stuff that represents the best of what ATS is. Thank you for the thread and congratulations on an excellent contribution. This is up there with those top unexplained paranormal threads a few weeks back.


Originally posted by Sinny
Oioi, that lewis Powells a bit of a hotty! I'd travel back for a piece o that! Aha.

Thats funny... I was wondering if the ladies would find him attractive, I'm not of that persuasion but you can see the appeal.

Too pretty for my taste, I don't like men with girlish noses, but sinny isn't the only one. Lewis attracted hordes of women at the trial. Alexander Gardner took a single photograph of all the other conspirators. Of Lewis he took ten, in various poses, six of which he registered for copyright. He didn't register his photographs of the less photogenic conspirators, but nor did any of the publications want to print them. As Ted Bundy demonstrated, some women find murderers, especially photogenic ones, shall we say, lubricating. A woodcut of one of Gardner's photographs of Powell made the cover of Harper's Weekly. Although Harper's was a political paper, I guess that the decision was made that while Wilkes Booth may have been the brains of the operation, it would be Powell's sex appeal that would increase sales by appealing to the gentler sex not usually inclined towards an interest in political matters.