The Truth Behind The Presidency[OWWC]

posted on Oct, 1 2012 @ 03:08 PM
link
Beezzer Freemley stepped slowly from the limo parked under the port cochere at the rear entrance of the White House. He waited for his great grandson to join him. For seventy years, countless elections, dramas, and assassinations he came. As did his father and his father before him. Since the first president first governed this land, there was a Freemley waiting to speak with him after the election.
Beezzer’s son, Carl, did not follow in the family’s’ footsteps. He ran a deli in Milwaukee, Wisconsin and enjoyed his simple life along with his son, Larry. But Beezzers great grandson, Skip Freemley was a chip off the old block. And thus, the family tradition continued.

After every election, a Freemley would visit the president elect, stay a few moments in private, and speak a few words then leave. The Freemleys’ paid no taxes. They enjoyed a carefree lifestyle of money and ease. The Fed would print money if the Freemleys needed pocket change. Wars would be fought if a nation displeased the Freemleys. Domestic policy would shift on the whim of a Freemleys morals.

Today was to be no different. Only that Beezzer Freemley would be accompanied by his successor this time. And he wanted everyone to know it.
The old man and the boy bypassed all security. The secret Service men and women gave deference to them as they walked along history’s hallways. Entering the Oval Office, the elder Freemley spoke, “I won’t take up too much of your time, Mr. Obama, but I just wanted to say a few words.”

The Freemleys left the same way they came. With a swagger and an authoritative step. When both were seated in the back of the limo and it was well on its way back to the Freemley Estate (called The Bunny Ranch for some strange reason) the younger Freemley spoke.
“Okay, Gramps. Spill it. What’s the big secret to all of this? What do we have over all the presidents since the beginning of this nation?”
The elder Freemley smiled, poured himself a scotch and lit a Cuban cigar. He didn’t speak for a while. Just sat and enjoyed a little of life’s simple vices. Finally he spoke.
“Since the first presidency, we have walked into the office winner’s office and told them how we have secured their election and have only asked for a few perks from time to time.”
The younger man squirmed in his seat and nodded quickly, “I know all this Gramps. What I want to know is, how!”
The old man put out his cigar and poured a small dram into the glass. He smiled. “We don’t do a damned thing.”

“We don’t do a damned thing. Son, the people elect the president, not us. The people vote, the people are in power, and the Electoral College comes into play and a president is chosen. We just wait for the results, and walk in like we own the place and tell them we did it.”
His great grandson sat with his jaw dropped.

"Always has and will always be" comes to mind.


Thanks. I'm glad you enjoyed it.

Another great tale Beezzer...probably not too far off of how our political system works at times.

Originally posted by isyeye
I'll wager that the Freemley's are very good poker players too.

Another great tale Beezzer...probably not too far off of how our political system works at times.


Thank you! If I'm not posting anymore after tomorrow, you'll know I was right on the money!

The sun shone, having no alternative, on the nothing new.

Your last line made me smile. Nicely done and probably mostly true.

Nice work, as always! A pleasure to read. 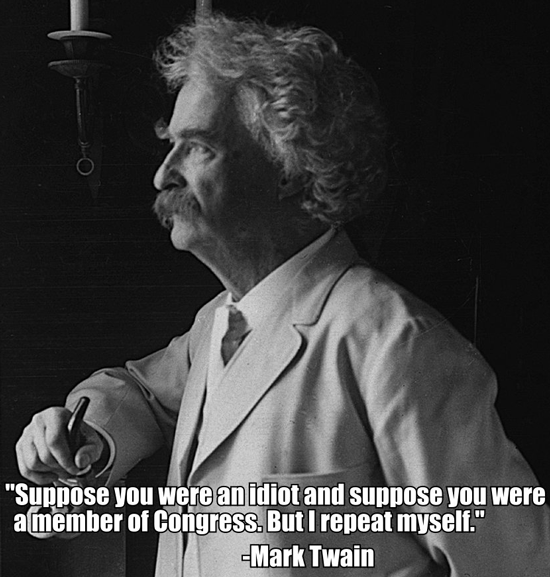 Originally posted by SLAYER69
reply to post by beezzer

The sun shone, having no alternative, on the nothing new.


Thanks buddy!
(dusting off shelf for the Pulitzer)

Your last line made me smile. Nicely done and probably mostly true.

I know this is supposed to be fiction, I hope the mods let it stand. Thanks for reading it.

Originally posted by Druid42
So the Freemleys are the *gasp* Illuminati?

Nice work, as always! A pleasure to read.


One of my idols!

I should be that lucky. Thanks for reading it my friend!

Originally posted by Iamschist
LMAO What a mind you have soggy bunny. It is a delight as always. Dream big!

Thanks for reading it!

Thanks for reading.
BWAHAHAHAHAhAHA

posted on Oct, 3 2012 @ 09:17 AM
link
Hahaha S+F for you young sir. This story is great, interesting, and hilarious. It's good comedy when it has truths in it. Nice job, especially since the story is so short.
-Ghostx

Originally posted by Ghostx
Hahaha S+F for you young sir. This story is great, interesting, and hilarious. It's good comedy when it has truths in it. Nice job, especially since the story is so short.
-Ghostx

Thank you! I'm glad you enjoyed it!


Inspired me to write a comedic thing about an Obama speech. Did that.
Then I went on to make a comedic interview story with Romney. Pressed post - forgot to put thread title (hadn't decided on one at first). Tells me to press back button. Do that. Story deleted. Kind of mad right now.

Anyways, continue writing! It's hard these days to make people laugh with literature as most people laugh easier with movies / shows / other virtual media.