years ago i heard Ian R Crane talk about a topic...which i have noticed has reared its head.
he mentioned mount hermon

ok mount hermon
due to the areas sensitivity...its a no go area...with many unexploded scatter bombs.

known as the gate of fallen Angels, Mount Hermon is at 33 degrees latitude AND longitude. There is no other place they meet on land
.
The Landing Place on the Cedar Mountain would be Mount Hermon, where the Watchers descended according to the Book of Enoch

According to the Encyclopedia Britannica, Hermon means “Forbidden Place.” Jerome (4th-century translator of the Latin Vulgate Bible) interpreted Hermon as “anathema.” Mount Hermon was the port of entry for a group of wicked angels, who corrupted the human race in the days of Noah. Moses wrote: “The sons of God saw the daughters of men that they were fair; and they took them wives of all which they chose …. There were giants in the earth in those days, and also after that, when the sons of God came in unto the daughters of men, and they bare children to them, the same became mighty men which were of old, men of renown” (Gen. 6:1-4)

basically the jist is the messiah, dijal, anti-christ, quezacotl, osiris, or how ever you know it... is supposed to land there...this year! bearing in mind the ancient calanders start in summer...so by next summer...

ok so where is this it on the map, iv heard its in s.lebanon...then i heard its in isreal....though on a map it looks like its in syria 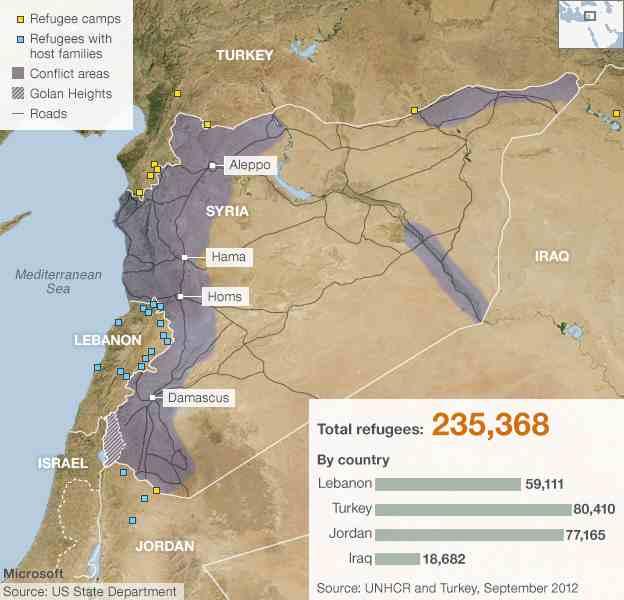 now for this area of the earth, there is a gnostic belief....
ok...long story short,,,,,antideluavian race...demi gods...died because of the great flood...Ham, noahs son, takes their knowledge onto boat.....his desendants, known as pheonicians/canaan, can read the stars, best navigators etc

phew!
apparently, some gnostics believe a comet is meant to indicate the dead king being reborn.
many mentioned comet elenin this year...but i want to draw your attention to a comet that will be 15 times brighter than the full moon, and visible for weeks,

Comet ISON
and whats ISON meant to stand for... SION ?

After its mention of Mount Hermon as the border of Israel, the Torah uncharacteristically goes on to describe the other names of the Hermon; the Tzidonim called it Siryon and the Emorites called it Snir. The famous medieval Biblical commentator, Rashi, adds yet another name for this mountain; Si-On -- described in the following Torah portion of Va'etchanan. He explains that each nation, in an attempt to adopt the Hermon as its own, called the giant mountain by a name in its own language.

so are they trying to secure mount hermon..the yom kippur war, the battle of mount hermon was between isreal and syria ..... now, imagine "this" middle east, with out irans army.....its literally zion....all isreal have to do is push their tanks forward
netenyahoo also gave iran a limit by next summer in his un speech

i`l leave you with this

"the popularity of Mount Hermon among the nations has not been relegated to ancient history. All the nations want to call the Hermon theirs, because they all want to identify with the faith of Abraham, the belief in the One God of Israel. Rashi foresaw that even the greatest enemy of Israel in the recent past, the German nation, also wants to be identified with that faith. Ultimately, Abraham will elevate and redeem the fallen sparks of all the nations, even those that have sunk the lowest. Just as all the nations will physically ascend to worship God on Mount Zion, they will spiritually flow in their desire to be a part of the faith of Abraham. This is exemplified by the numerical value of Mount Hermon (Har Chermon), which equals: "On that day God will Be One and His Name will Be One."
www.inner.org...

posted on Sep, 29 2012 @ 11:09 PM
link
Reckon the fallen angels came down and took seats of power in Israel and taught them how to (or did it themselves) control the human race through manipulation of the media and politics.


That last part you wrote... All nations will rise up to be with God...

So what's the point of controlling the mountain?
I guess that's where you lost me, but other than that I see what you are getting at.
ATS teaches me time and time again not to follow these threads, and yet here I am every time hahaha..
I miss Nibiru. I feel like we didn't spend enough time together.
edit on 9/29/2012 by Dustytoad because: (no reason given)

That last part you wrote... All nations will rise up to be with God...

So what's the point of controlling the mountain?
I guess that's where you lost me, but other than that I see what you are getting at.
ATS teaches me time and time again not to follow these threads, and yet here I am every time hahaha..
I miss Nibiru. I feel like we didn't spend enough time together.
edit on 9/29/2012 by Dustytoad because: (no reason given)


its meant to be a gateway i think
but thats not me...its from that site attached

its interesting because of the one god ideology that links many countries....and how this area is the most religious on earth...etc
edit on 29-9-2012 by thePharaoh because: (no reason given)


yea yea control the gateway, but if this is true, no human will control the gateway anyway. Seems that God or Angels or Fallen ones would have the control. And if the overall effect is that we rise up no matter how low we have sunken, then I would probably not want to be near there since there doesn't seem to be any advantage. Just my take.

OR is it that the Jews have to control it or nothing happens at all haha?


and whats ISON meant to stand for... SION ?

No, it stands for International Scientific Optical Network.

This network has found thousands of objects in space, including Elenin.

So the fact that ISON found this comet is as significant as it finding Elenin...no significance whatsoever.