Garmr - The Norse hound that heralds the end of the world

page: 1
20
log in
join
share:
lostinspace
+1 more
posted on Sep, 8 2012 @ 03:56 PM
link
I found some very interesting information on Viking mythology while researching Aztec and Norse similarities. The Aztec prophecy of the ending age of the fifth sun has some connections with the ending age of Norse mythology. They both speak about a great earthquake and a diminishing sun. The Viking final day is called Ragnarok or Fate of the gods. This event is a war between the Norse ruling gods and their enemies. All the ruling gods and their foes kill each other at the end. One of the characters in this war has something related to the strange sound phenomena. This creature is the hound named Garmr who lives in the underworld and guards Hel’s gate.

One of the refrains of Völuspá uses Garmr's howling to herald the coming of Ragnarök:

Now Garm howls loud before Gnipahellir,
The fetters will burst, and the wolf run free;
Much do I know, and more can see
Of the fate of the gods, the mighty in fight. 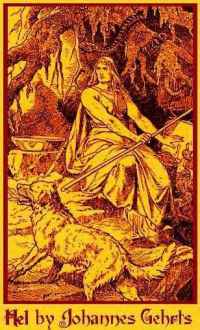 Garmr the hound is in the foreground. Behind the dog is the woman named Hel. She presides over the underworld. Her father’s name is Loki. Garmr is prophecied to kill the war god named Tyr. The name Tuesday is derived from Tyr's name. Three other days of the week are named after Norse gods: Wednesday, Thursday and Friday.


After reading this passage about Garmr I felt it might be related to the strange noises being heard all over the earth. Many ancient cultures apply gods to heavenly and earthly activities.

Here are some threads that are popular on the strange noise phenomena within the Fragile Earth section.

Map of the strange sound phenomenon heard around the world.
It currently has 217 Flags.

Strange Noises Detected Deep in the Ocean
It currently has 19 Flags.


My attention was drawn to this subject after developing the following thread in the Ancient & Lost Civilization section:

The Aztec and Norse god of war are both missing one hand.
It currently has 45 Flags.

posted on Sep, 8 2012 @ 08:44 PM
link
This is a thread that was started either yesterday or today. About a previously thot extinct wolf that was killed in Newfounland.

I find yours intriguing on the heels of that.

Was Gramr killed this week?

Originally posted by Corporate Providence
interesting! you should elaborate if you have more thoughts on the subject.

I believe the myth is not talking about literal creatures. I think the main characters in the battle represent forces of nature in the sky and on the earth. Loki’s three children Hel, Fenrir and Jormungandr could represent different aspects of nature.

Hel is overseer of the underworld and her hound Garmr protects its gate. Any earth movement or sound therein could be associated with Hel and Garmr.

Fenrir is a fierce wolf that the Norse gods fear. This wolf was bound by the gods when Tyr put his hand in the creature’s mouth. It is said that he will be released on the day of Ragnarok. I’m not sure of Fenrir’s nature. He might represent fear and chaos. As the final day approaches Fenrir’s two wolf sons, Skoll and Hati Hroovitnisson, will block out the sun and the moon. When that happens the earth will shake so violently that Fenrir and Loki’s bonds will be broken and they will be released from the underworld. Fenrir reminds me of the evil being in the Never Ending Story.

Jormungandr is called the World Serpent and it lives in the ocean. It is said that the serpent grew so large that it was able to surround the earth and grasp its own tail. Turbulent ocean activity could be associated with this creature.

Originally posted by littled16
reply to post by lostinspace


I would have enjoyed watching the program myself. Did they discuss about any one handed war god? If they did I wonder where they obtained the idea. ATS?

The Old and the New Testaments talk about periods of darkness and great earthquakes but nothing is mentioned on the scale of Ragnarok. Maybe portions of Revelation could be related but I doubt it.

Excellent post! I find it strange that so many civilizations have very similar end-world scenarios,some many thousands of miles apart. Archetypes, or is there something to all of this?

posted on Sep, 9 2012 @ 05:44 AM
link
I really enjoy making these kinds of connections if you line up egyptian, norse, east asian and north/south american mythology with modern day astrology and geology to see where it gets you. I do believe all of these work on the same premise and describe the same event.

It seems most likely that they are describing events in our skies that affect our earth, it also seems likely they are events that happen at regular intervals and were put into story form so that they would be remembered. Our memory works through association what better what to make it permanently stick than to make a good story out of it that can be passed from parent to child through generations. The reason these gods do not have the same names and animals associated with them is there are different animals in different parts of the world. Try talking to an egyptian about a polar bear or a scandinavian about crocodiles or elephants. Without having seen one it would make no sense. So the best way to preserve the story is through familiar symbolism. The question is what event are they describing and what does 'end of the world' mean to different cultures? And more importantly are there any instructions on how to live past this event or is it final in which case why bother with it at all if we can do nothing?

Just a few thoughts on the subject. Will love to see were this thread ends up.

thank you OP for an interesting topic.


I didn't see it all so I'm not sure. It was however the first time I've ever heard about Ragnarok. They discussed the darkness, earthquakes and volcanic activity and about the gods warring with what I would call the elements and all being killed. It ended with Thor battling the giant serpent that represented the world- both dying as Thor was exposed to the serpents deadly venom in order to strike the killing move.

I've never heard much about Norse mythology or end-time prophesy before, but the program caught my attention as I was passing through the room and I watched what was left of it. It was very interesting.

Originally posted by Infernalis
reply to post by lostinspace


Thanks for finding that image. That makes more sense when considering what the sea serpent does at Ragnarok. Jormungandr is supposed to poison the sky on the final day. Thor, the god of lightning and weather comes to battle the serpent and kills it. Thor is affected by the poison and it kills him. He dies after taking Nine steps.

The last meeting between the serpent and Thor is predicted to occur at Ragnarök, when Jörmungandr will come out of the ocean and poison the sky.[7] Thor will kill Jörmungandr and then walk nine paces before falling dead, having been poisoned by the serpent's venom.

In the poem Völuspá, a dead völva recounts the history of the universe and foretells the future to the disguised god Odin, including the death of Thor. Thor, she foretells, will do battle with the great serpent during the immense mythical war waged at Ragnarök, and there he will slay the monstrous snake, yet after he will only be able to take nine steps before succumbing to the venom of the beast:

Then comes the mighty son of Hlôdyn:
(Odin's son goes with the monster to fight);
Midgârd's Veor in his rage will slay the worm.

Nine feet will go Fiörgyn's son,
bowed by the serpent, who feared no foe.
All men will their homes forsake.

posted on Sep, 9 2012 @ 05:49 PM
link
This video clip taken in Ireland of the strange noise phenomena is the one video that really got my attention. The Youtube video was posted January 19, 2012. It’s no dog howl but it is strange indeed.

I found this clip from the ATS thread A NEW loud and strange sound recorded in Ireland…With evidence suggesting it’s real!

What is significant about this noise in Ireland is that it lies in the path of the old Viking route. In some distant past maybe the Norse heard these noises and made legends out of them. 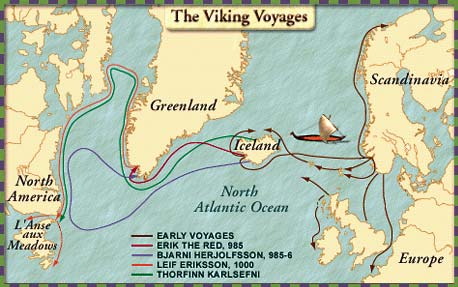 There could be some scientific explanation to these noises. Maybe it's some sort of cosmic bombardment against the upper atmosphere.


Originally posted by Infernalis
reply to post by lostinspace


Interesting although the sounds is nothing like the one I recorded a few weeks back I am taking note of the dark clouds in the skies and also that I am in definitive viking country we even have old settlements and runestones not too far from here.


I think it may have been the ouroboros they were talking about, this REALLY does encompass the whole world, it is the milky way, it looks like a serpent eating its own tail. 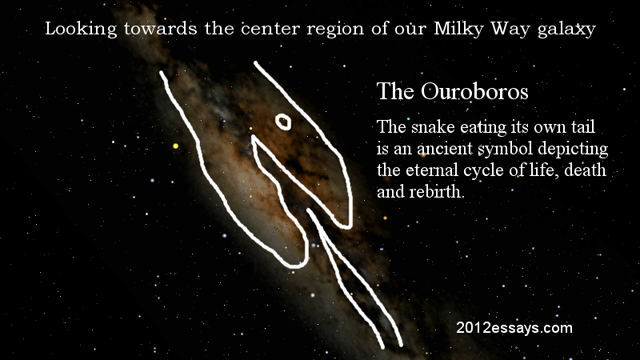 If you'd done some proper research, you would know that Ragnarok already happened. Around 900 AD when Scandinavia was christened with blood. The end of the prophecy is the coming of the White God.

And the prophecy came true, the norse demigods (proper translation of the term god in ancient norse) are now dead, there was a severe winter (Fimbulvinter) in the aftermath (1100-1300) and everything they built was destroyed (law, egalitarian society).