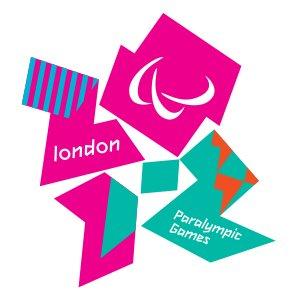 After all the failed theories of a terrorist attack, Alien Invasion etc during the London 2012 Olympic games I ask did we get the wrong event?

The London 2012 Paralympics are just days away, we have the same Zion Logo as above, the same Stadium with the Pyramid lights and the same freaky mascot. (Manderville in Blue) 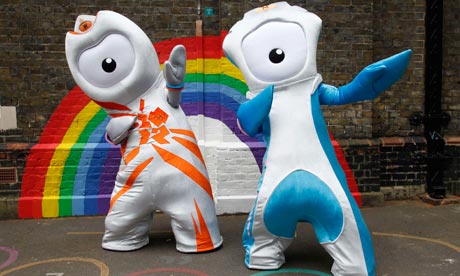 Everything that was said about the Olympics still holds true for the Paralympics, except 1 huge difference. This time we wont have the Elite sporting heroes from around the world, we wont have world leaders supporting their countries, instead we will have disabled people competing, which im sure the powers that be care very little for.

We were even given the message by John Lennon that we should imagine No Heaven, and No nations. 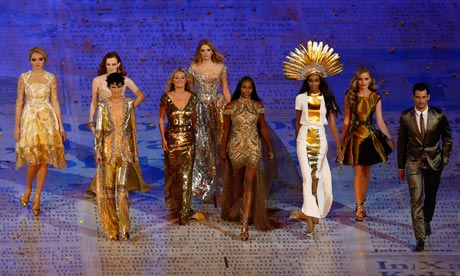 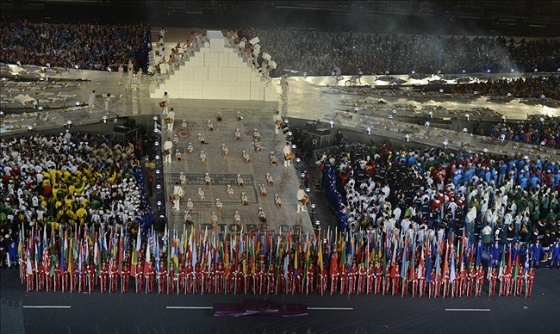 posted on Aug, 17 2012 @ 06:13 AM
link
Another one of these posts, stop grasping at straws nothing happened and nothing will happen. It's getting pathetic now move on the the next "big" story but this one is gone.

So if the theories and signs didn't work on the one thing, lets try it on another!?

I am perplexed by this. I think its time the Olympic "conspiracy" gets put to rest.

vvv
edit on 17-8-2012 by VreemdeVlieendeVoorwep because: (no reason given)

All the Evidence that was put up by other posters in other threads pointed to one thing, LONDON 2012.

All those millions of threads!

Wow, now a turn around? Saying those threads did not say it was the Olympics? Mate its getting ridiculous.

Seriously, why not just give it up please?

All the signs and symbolism that so many read into it, and used for their prediction was wrong. Changing it now, and saying "oh, but its actually for the Paralympics" just don't cut it. Sorry.

To be honest, then i was not sure about London Olympics 2012 False Flag, i mean it was all loose speculation, so i just hoped for the best and prepared for the worst.

However, as soon as i saw Cameron and the Queen at the opening ceremony, i knew nothing would happen, This event, most likely wont have either present and as you mentioned, probably not anyone significant in the elitist ranks will be there.

Again, although some may say you are fear mongering, then i appreciate your thoughts, if something does happen, id rather be informed than running scared in circles,

"Id rather know about the doomsday theory and see it not happening, than a doomsday scenario happening and me not knowing about it (about what is happening, how and where) "

posted on Aug, 17 2012 @ 06:28 AM
link
If you look at those threads the evidence that was put forward was all about London 2012, be it the mascots, the stadium, the strange rituals in ceremonies and even the Zion Logo.

Now the Olympics are over has London 2012 finished? The answer is No, the second biggest sporting even in the world is about to begin and it to uses the same Stadium, Logo, Mascots etc.

Ask yourself this, If a major event was going to happen would it happen with the Elites present or when they are far away?

Would it happen with people like Bolt performing or some poor disabled kid?

Only when London 2012 ends can we say it was all BS, until then anything is possible,

Only when London 2012 ends can we say it was all BS, until then anything is possible,

And you will be willing to come here, after its all done, and say "yeah, it was Bs"?


When it is all done and dusted and nothing happens AGAIN would you be willing to post a retraction to the theory? Will it be moved to let say the next World Cup or winter Olympics?
edit on 17-8-2012 by Todzer because: (no reason given)


That's just the thing though. Even if it doesn't happen, "internet posters united" would've saved the world from another attack from the elite. People who adhere to this theory are more likely to continue believing regardless of whether these predictions come true or not.

With that said for me regardless of what happens there is far to much strange things associated with London 2012 that offers no real explanation.

In one of the pictures posted it shows the pyramid that was built Why was this built? It offered nothing to the show, it had no use and was dismantled quicker than it was built.

Since the Olympics finished we have seen the UK getting into diplomatic arguments with Ecuador, and the security associated with the Olympics reduced.

All those millions of threads!

Wow, now a turn around? Saying those threads did not say it was the Olympics? Mate its getting ridiculous.

Seriously, why not just give it up please?

All the signs and symbolism that so many read into it, and used for their prediction was wrong. Changing it now, and saying "oh, but its actually for the Paralympics" just don't cut it. Sorry.


The Evidence in those threads was based on London 2012. Everyone thought it was about the Olympics because that was what London 2012 was mostly associated with.


But that doesn't mean a thing, my son built a pyramid out of the blocks he plays with! He must be part of the Illuminati!!! It's time to let this one go for everyone's sake, the more it gets argued at this point the more ridiculous it looks, 21st dec is coming up why don't you focus on that, might keep you busy for a few months.
edit on 17-8-2012 by Todzer because: (no reason given)

posted on Aug, 17 2012 @ 06:48 AM
link
Did your son build a Pyramid at the Closing Ceremonies of the Olympic Games that was seen by the world?

Sure your Son can build stuff from blocks when he is playing, but the Closing Ceremonies of the Olympic Games are planned and decided upon.

someone decided that a Pyramid should be built, the Question is why? It offered nothing to the show, it had no connection to anything the show was about, and it was visible for only a split second before the cameras changed for another performer.

posted on Aug, 17 2012 @ 06:53 AM
link
Well, blowing up the disabled folks would be sure to get a bigger outraged response from the public. It'd be right up there with stomping on kittens for shock factor!

That's the only way these people will quieten down.

They keep switching dates, months, events, people etc. Obviously something might happen at some point and then they'll say ... See we predicted it correct ... No you didn't ... You just hung on to anything and everything ...


You are seriously just grasping at straws, people see symbols and signs in every thing, it's human nature but as far as this theory goes it is finished and if by chance anything did happen I would come on here straight away and admit I was wrong. You on the other hand wouldn't, you are throwing about outrageous theories and then saying that I never said it would happen.... A case of I'm always right and when I'm wrong I'm just mistaken.... Not very open minded of you.