ATS star rating only gives me 2 for 1 stars!Is this a glitch or is my opinion not worthy or do we ha

posted on Aug, 14 2012 @ 10:19 PM
link
I have noticed that i often only receive 1 star for every 2 i receive.Whats up wit this.It as been happening for a while but i just recently just took pictures of my screen since i'm not techy enough to take a screenshot.
Personally given my stances on most issues and my conspiratol mind believe that an operation is in place to create a perception of reality that does not resemble my own.Or it could be a glitch.
zk502b1313.jpg[/pic]] 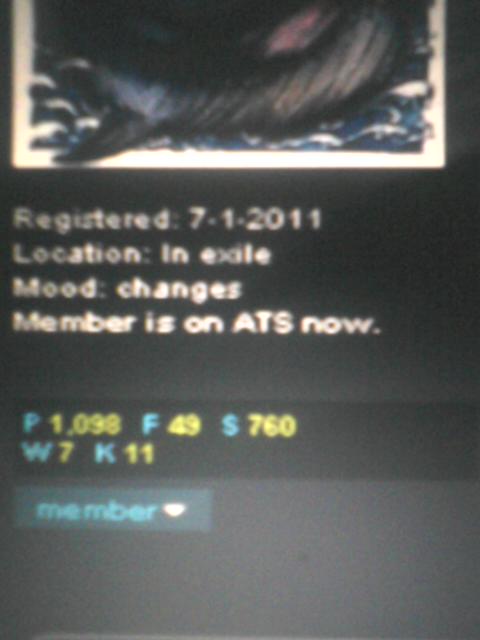 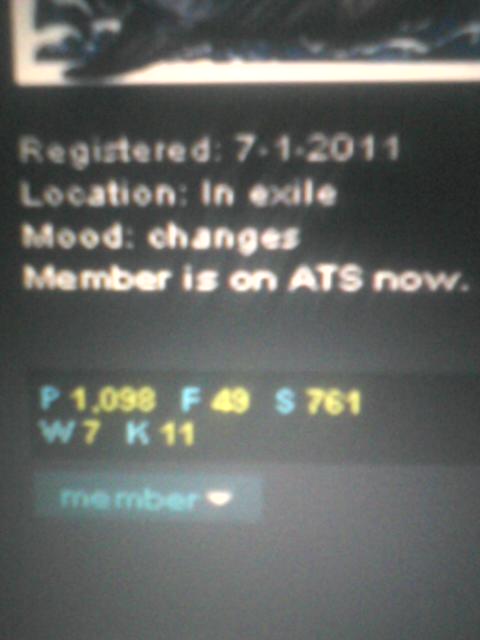 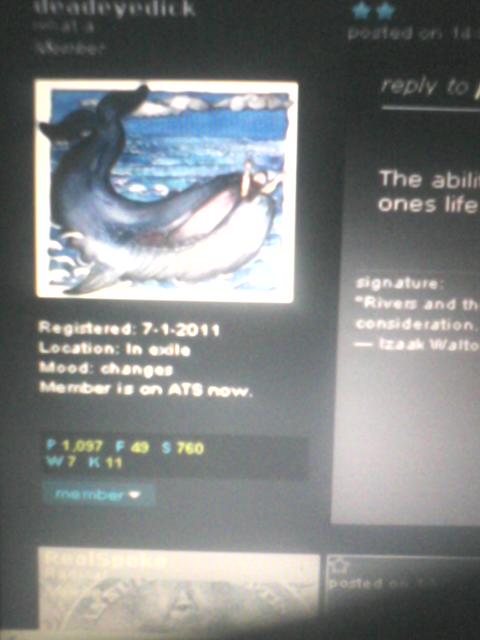 What say you ats members and staff?
edit on 14-8-2012 by deadeyedick because: (no reason given)

seriously though, i never pay attention to stars of flags or any of that crud, im here to
read, learn and interact, i left the smiley face stickers in about 2nd grade.

Agreed but it is something out of place that will be noticed over time.

Any time Staff star your post, it registers two or more stars, depending on who does it. It only registers one star to your star count though. Not sure of the reasoning, I am sure it has something to do with fairness but that's your answer.

The post you took pics of was starred by a staff member.


Awesome i guess i need to read the rules more.
That makes sense and proves there is no glitch and i'm not completely crazy.
Thanks for the info.

Also ats staff has cat like reflexes!
edit on 14-8-2012 by deadeyedick because: (no reason given)

Thanks for the info

Years of playing net in hockey and catcher in baseball. They were needed for self preservation.
edit on 14-8-2012 by GAOTU789 because: (no reason given)


im curious why you took the time to post here in a condescending and smug manner instead of offering an explanation?

posted on Aug, 15 2012 @ 01:03 AM
link
I see GAOTU789s explanation and although it may be true I don't think that is the case in this instance. lets take a closer look at your pictures.

Picture num. xr502b1384 shows your star count at 760 stars and the post it is connected to shows 2 stars. Those 2 stars have already been counted and are included in the 760 count.

Picture num. ef502b148c shows your star count at 761 stars and the post it is connected to shows 2 stars. That means someone stared one of your other posts. You have over a thousand to choose from and any one of them could have been stared changing your star count.


I caught too when i was posting but i had already drank some wine.
On the other hand i do remember reading about this last year.

Originally posted by Agarta
Picture num. ef502b148c shows your star count at 761 stars and the post it is connected to shows 2 stars. That means someone stared one of your other posts.

I don't know how you arrived at that conclusion.

It looks to me like that 761st star was on the post shown, which has 2 stars if made by a moderator. Why would you think it's from another post being starred? Either you're missing something, or I am.


I wish to apologize, it was I that made the mistake in my post. Even though the pictures shows partially what the posts include this did not register in my brain last night. I was seeing it as the same post and therefore the same stars which is clearly not the case. They are 2 separate posts totaling 4 stars and the second post of 2 stars only shows a rise in the count of 1, which is what the thread is questioning. Again I apologize, I guess it is a case of temporary mental vapor lock on my part.

See, when you first sign up, there's a secret rules page that you only get to see if you're logging on with a big glass of Maker's Mark that you're drinking with one of those 'crazy straws' that you get from a carney after spending $324.97 on chances to throw a basketball into a mason jar.

Anyhoots . . . . in order for all your stars to count, you first have to post 223 times, then give yourself the secret handshake and only then will you get the keys to the executive lounge.

After you find that lounge, you'll be met by all kinds of savory and unsavory types who will argue with you and then take your birtdate (in YY/MM/DD order only) and thing-a-ma-jigger it into some sort of numerology false flag conspiracy theory in conjunction with the 2016 Summer Olympics and Nimbooboozip Anti-christ thing.

ONce you meet them and are assured that your last name, when translated into the northeastern Syberian dialect of Russian, means demon seed from hell, you will then be led to the executive liquor cabinet.

You must then restock it.

And don't forget the extra bottle of Maker's Mark for yours truly because I was such a cool dude and risked life and limb to squirt forth this secret, unbeknownst to TPTB (another really cool ATS acronism that you've obviously used 63.7 times before as that is what unlocked your ability to read this post).

So, once you complete that . . . and do a lap around the Washington monument sans trousers all your stars will count for stars, except the ones you see while banging your head off the desk after reading yet another 2012 Apocalypse thread that somehow makes President Obama and Candidate Romney responsible for the melting ice cap in your drink, because Jupiter aligned with the yet unamed moon from the Planet Platex, where men are men and bras are pointy weapons used by the ancestors of the space aliens that built the pyramids.