posted on Aug, 14 2012 @ 09:51 AM
link
I just had been blocked whith a big "Lies" sign as soon I clicked "post", when I was adding a new post to my last thread. Then I made another post asking what's going on and had the same result.

Ha, ATS are censoring sites that dont like them. God forbid they check my internet history
edit on 14-8-2012 by Sinny because: (no reason given)


I've never seen that tag before.

Have to admit. Not a big fan of it.

Makes me think it overreaches beyond the subject of the post and memorializes something about the poster.

Not really comfortable with that.

Hope they rethink the tag and choose something more appropriate, when deleting such posts.


ATS didn't call you a liar, it has blocked the link you provided in your post, as ATS has, apparently, had negative dealings with that site, and refuses to provide it with traffic.

Wonder what the site is.


Yeah !....seems like "media control" had arrived to ATS. I checked the links to the sources I was posting, don't see a problem. Actually, one of them is NG.

Originally posted by murch
Did you try and post the link both times lol.

Wonder what the site is.

I will try to repost it in this thread, lets see what happen ok?


I would recommend against that. You know they don't want to see it.

Their house. Their rules-- as it should be.

But maybe, they can be encouraged to change the graphic to something other than the one they have selected for this purpose.


As I understand this; they did not call you a liar; but the website you gave a link to; has been promoting lies about ATS, its staff and members. 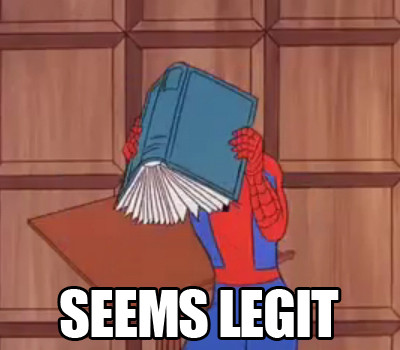 posted on Aug, 14 2012 @ 10:00 AM
link
To all members interested in what was presented in this thread, want to let you know I'm still looking for new info to add. Meanwhile, to understand better how important this discovery can be, I offer the following additional info :

First, we need to consider this :

At that time, there were about seven to eight "Sican lords" representing heavenly powers on Earth, complete with masked face, upturned eyes and pointed ears.

From that point, according to the next article of NG (Jan, 2010) about the research in progress in the same site, we might be talking about direct descendants of NAYLAMP !

The discovery of the complex, excavated near the city of Chiclayo (map) between 2006 and late 2009, has injected a dose of reality into the legend of Naylamp, the god who supposedly founded the pre-Inca Lambayeque civilization in the eighth century A.D., following the collapse of the Moche civilization.

That's because evidence at the Chotuna-Chornancap archaeological site indicates the temple complex may have belonged to people claiming to have descended from Naylamp—suggesting for the first time that these supposed descendants existed in the flesh.

In this part of the article, we can confirm that the tomb found wasn't underwater by accident, they knew what they were doing.

The sophisticated Lambayeque culture, also known as the Sicán, were best known as skilled irrigation engineers until being conquered in A.D. 1375 by the Chimú, a civilization also based along Peru's arid northern coast.

For those who are not familiar who was Naylamp : 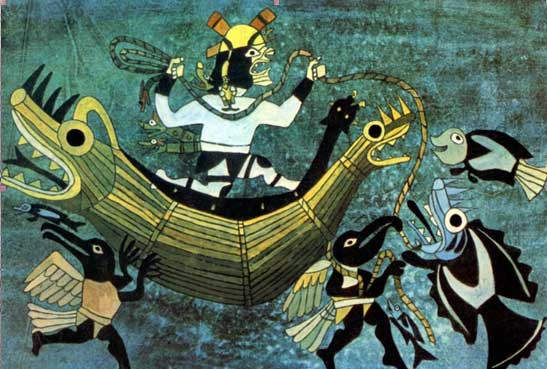 In the year 1586, the chronicler Miguel Cabello de Balboa was the first to record an Indian legend that told of the arrival of Naylamp to the Lambayeque coast: a great man who arrived by sea with his wife Ceterni and many concubines and soldiers.

A fleet of merchants disembarked onto the beach and erected a temple they called Chot, and an idol they called Yampallec. They lived for many years in the company of the locals until the moment came to leave that world. In order to protect his divine origin, his family created the myth that Naylamp had flown into the sky, which caused the slaves to take their boats and seek him out.

Each one governed the empire of their father for a brief time until the last of the brothers was tempted by a demon and attempted to relocate the empire in another place. For this, the gods punished him by causing a 30-day flood and infertile lands.

He was the last great king of Naylamp’s men, who were thereafter conquered by the Great Chimú. He declared one of his lieutenants as monarch. Of the descendants of Naylamp, none survived.

I think there is a possibility that these tombs of "Sican Lords" can be the Cium's children. That will be amazing if confirmed for multiple reasons. Starting with the fact that will help to confirm the theory regarding a connection between distant cultures.

No content from [sott] is not authorized, please DO NOT post content from those links, otherwise you will get the graphic that you have already been privy to.

Please fine an alternate source for your information.

It's not a dig at you, it's at those who wish to slander us.