posted on Aug, 12 2012 @ 11:56 PM
link
This is the first UFO report, chronologically, to be categorized as an official Project Blue Book "unknown".

(Note: Taken from a list compiled by Don Berliner in 1974, which can be found at the link below the synopsis. A more extensive catalog of unknowns based on the re-evaluation of the Blue Book files by Brad Sparks lists cases prior to this one and can be found here)

July 3, 1947; Harborside, Maine. 2:30 p.m. EDT. Witness: astronomer John Cole of South Brooksville, Me. Watched 10-15 seconds while ten very light objects, with two dark forms to their left, moved like a swarm of bees to the northwest. A loud roar was heard.

Here are some details clipped out of the Project Blue Book Archive. 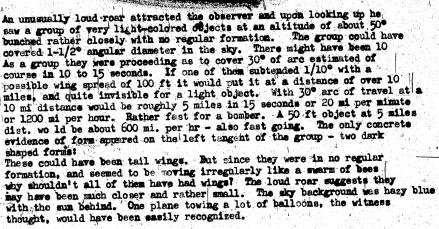 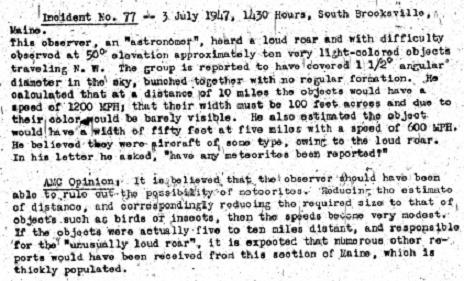 The group of objects is described as having an angular size of 1 to 1.5 degrees, which would be about two to three times the diameter of the moon. Here's a quick reference on the concept of angular size. 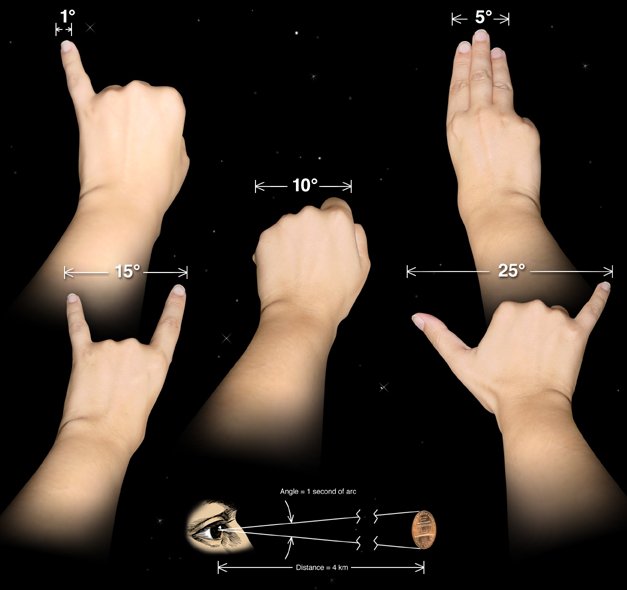 Documents relevant to this case can be found below.

posted on Aug, 13 2012 @ 11:17 AM
link
Nice new thread, something of a rarity these days. I have a list of the Blue Book unknowns, and what you quoted at the outset is all that's on my list. Funny that they were saying astronomers didn't see UFOs when the first Blue Book unknown was from an astronomer.


Thanks for the reply, xpoq. There are a few different lists of Blue Book unknowns floating around out there. I believe the Berliner one that I'm referencing only features about 585 reports, while the official number quoted by the Air Force was 701. Then you have the Brad Sparks catalog that's now up to around 1,600 unknowns. James McDonald thought the number of official unknowns may have been off by an order of magnitude - that is, more like 7,000 unknowns than 700. Either way, the reports and the official correspondance in the files alongside them make for some interesting reading.
edit on 13-8-2012 by Orkojoker because: (no reason given)
edit on 13-8-2012 by Orkojoker because: (no reason given)

I don't know about the dark forms, perhaps just exhaust?

posted on Aug, 13 2012 @ 05:04 PM
link
multiple videos of the same object taken from different locations. fascinating! i wonder if there is a way to calculate the distances from each one?