When i was 14 me and my friends use to go on "adventures" by walking down the abandoned train tracks. We would take various paths in which would lead us to different, interesting location's. We found many places that were great fun, and some that were just plain creepy.

We were following a new route farther than we had ever been. To the left we caught a glimpse of some kind of watch tower. We fought our way through the brush and spider webs and came upon a clearing. On the "north" edge stood a the Warehouse, in the middle stood a Watchtower. To the left... well i try not to think too hard about it.

The place was rundown and had clearly been abandoned for decades.

We investigated the Watch tower first. It was about as you'd expect a watchtower to be like. No real surprises except, you know, finding a watchtower completely abandoned. It was interesting, but took a back seat to...

We entered the warehouse from an open door that led into a garage. The room was full of tires. Old, used tires. Nothing interesting and, in fact, kind of boring, so lets move on.

The next place we came across was a room completely wallpapered in old newspapers. The entirety of it was cover in newspapers! Someone, for some reason, spent day doing this! This is not something that you do on a whim. Where did the newspapers come from? How much did they cost? Someone planned that out. No furniture, just BAM, newspapers wall to wall.

The weirdness had not began.

A room, about as big as a walk in closet. It was covered like a padded freaking cell! Like one you would see in an insane asylum. The door was missing and the room was almost completely ripped apart, but you could tell what it looked like(or what i thought it looked like). I have no idea why it was there. Pretty creepy though.

A basement, but it wasn't a basement. It had tunnels that felt as if they went on forever! We had to use chalk-like rocks to mark where we had been and we barely found our way out before our cellphone batteries had been depleted and my friends mini-flash light key chain went out.

That place was weird. It went on and on, same walls, same silence. There was nothing down there, I have no idea what it could have possibly been used for! Who made it? Why did they make it? Why is it abandoned? I have no clue.

Me and my friends spent twelve(it took us about three to get there and back so actual six or so... Still!) hours in that area. Even after that, we still know nothing about it. Who built it? Why is it there? Why is it abandoned? We know nothing.

We have mentioned the area to each other in the time since. We have not, to my knowledge, actually told anyone about our discoveries.

I have omitted a lot of details about the place, because they really aren't very interesting. And they present no enlightening information. This is just something i was reminiscing about recently and i thought i would share.


Since there seems to be some confusion: The place had obviously had recent visitors such as homeless and other kids, like us. There was no evidence that anything illegal took place. Well, that's not true. The place had been HORRIBLY vandalized.

So.. Other people have found this area. And there is probably a completely logical explanation for its existence.(I have always thought of it as an old military base of some kind.)

What state is this?

Plus, you could check your local sources, such as newspaper archives, and see what you come up with.

Originally posted by benrl
Have you tried to google map view of the area, get a location so we can start researching what it could be?

Sorry, but this MY creepy, unexplainable area. If people started finding out and "explaining" the "facts" to me then the memories lose all sense of fascination they once held.

I was curios as to what the place was, but it will probably turn out to be something mundane. I haven't been there since i was 14 and i may be able to find my way back if i tried, but I find it a lot more fun to just let the wonder fester.

posted on Aug, 12 2012 @ 07:01 PM
link
What were the dates on the newspapers....that's the first thing I would have looked for. It sounds as if someone kept another person there as a prisoner. A very paranoid person, hence the tower and tunnels. Why no pics? You should research the history of that area for missing people stories. If there are any, I would shoot an email to that local sheriff's dept with what you found, and it's location. You never know....

Originally posted by yahtzeestone
Sounds cool. You had cell phones.. Where are the pics?

What state is this?

Sorry, but at the time we were not documenting our experience. We were just kids exploring. I cant even recall if our phones had cameras.

Originally posted by Destinyone
What were the dates on the newspapers....that's the first thing I would have looked for. It sounds as if someone kept another person there as a prisoner. A very paranoid person, hence the tower and tunnels. Why no pics? You should research the history of that area for missing people stories. If there are any, I would shoot an email to that local sheriff's dept with what you found, and it's location. You never know....

We never did any research like that... the next time we went down the tracks we explored new areas. There had been signs of various inhabitants, like used lighters, magazines(tons of them), old crust bedrolls, but the place had not been up-keeped and was really run down.

I don't know if someone was kept there, as in a "prisoner" or "kidnapee", to be honest the thought has never really crossed my mind... Though, it would make sense with the cell(if that's what it was).

I dont know its location. I only went once. It would only take me hours upon hours of wandering to find it again. Assuming I notice it at all.

Also, I am not starting an investigation. There was nothing there that indicated it had been a part of some illegal activity. No blood, no suspicious mounds, no chains mounted to the walls.


Thanks for reading my story. It is probably a dramatization of what actually happened, but that is the mind of a child.

and look for demolition sites

and play at being :

wandering through the ruins and the mysterious artifacts of the Ancients 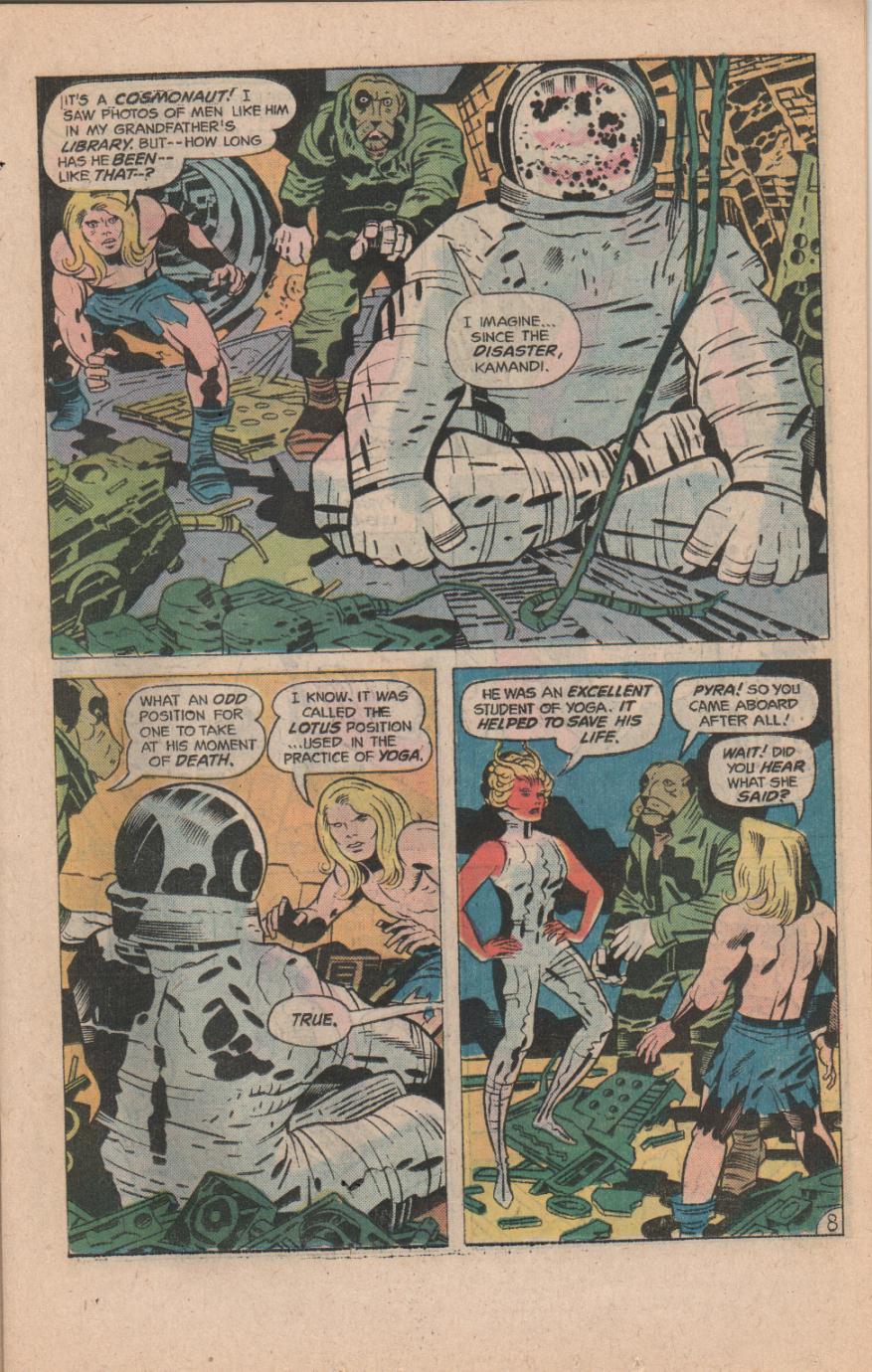 :Kamandi, The Last Boy On Earth Vol. 4 #35 Copyright [1975] by Jack Kirby and published by DC Comics
the moral authority of the author and copyrightholders has been asserted

i like how you seek to preserve the Mystery


Haha, childhood memories are so fun.