A U.S. Air Force Reserve pilot named Hall was flying for a commercial airline during a period of inactive duty when he spoke to three fellow air crew while on a stop in Guatemala City. The three men, all Americans from Louisiana, told Hall they had just the day before spotted several flying saucers cruising over the runway at an altitude they estimated to be about 25,000 feet. They put the objects' size at somewhere around or slightly larger than the size of a DC-4 and their speed at over 1,000 mph. Hall, a few weeks later, officially reported this alleged sighting while on a two-week period of active duty at Brookley AFB, Alabama. 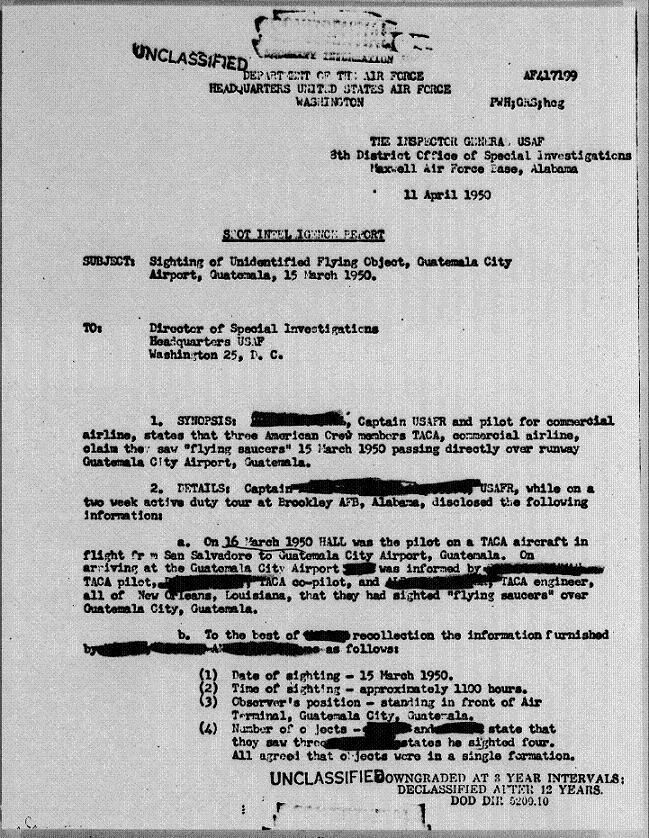 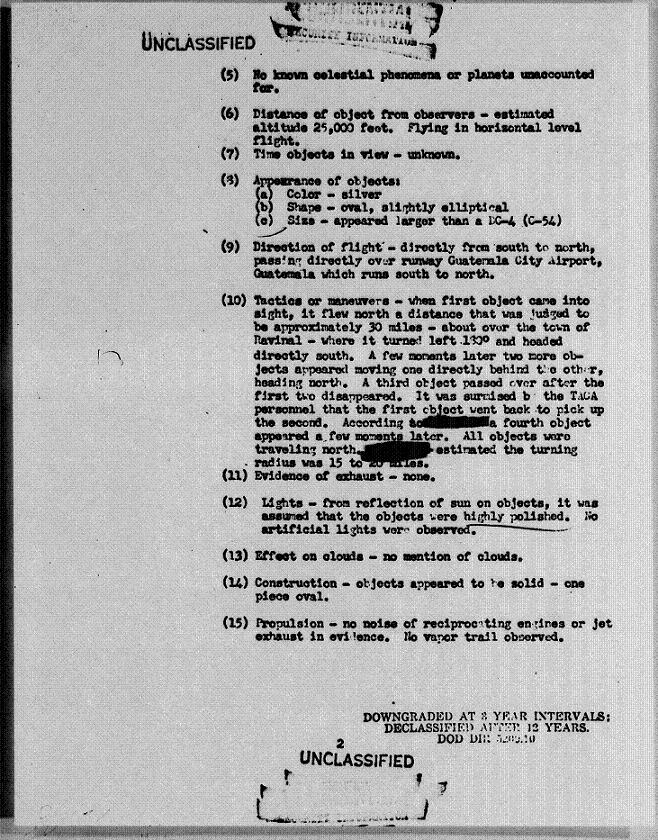 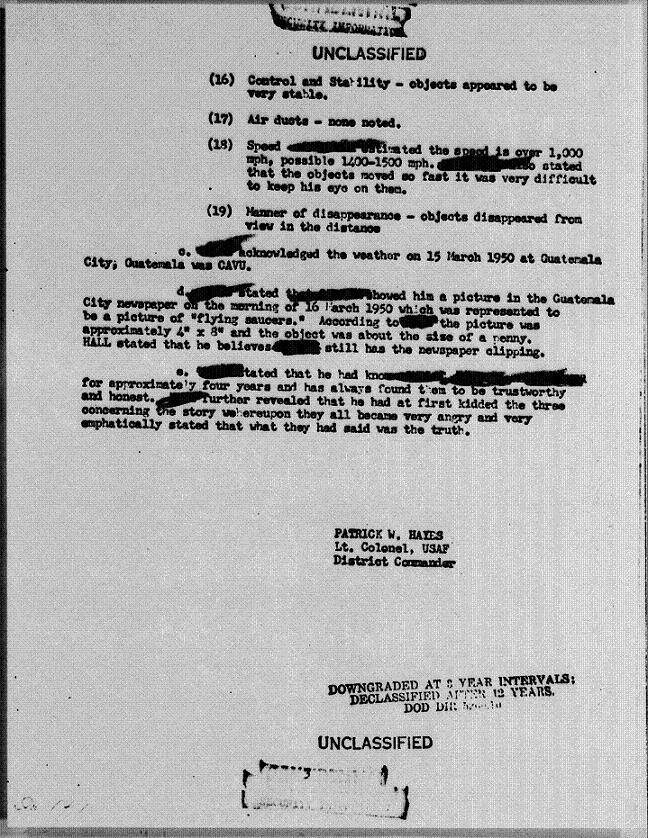 Incidentally, the estimated size and distance of the objects (bigger than a DC-4 at 25,000 feet) would work out to an angular size of about 15 or 16 minutes of arc - about half the apparent diameter of the full moon.

Not the most compelling report, admittedly, but there is an additional detail worth noting. About two years after this incident, AP journalist Elton Fay sent a request for information to the Air Force. He had apparently gotten wind of the Guatemala sighting and was writing a story on it. Fay had a few details wrong, like Hall's first name and the exact date of the sighting - also, he listed Hall as an actual witness to the Guatemala City incident, but the story was otherwise essentially correct, as is noted in the document below. There is also one new and very interesting detail in Fay's account. See if you can spot it. 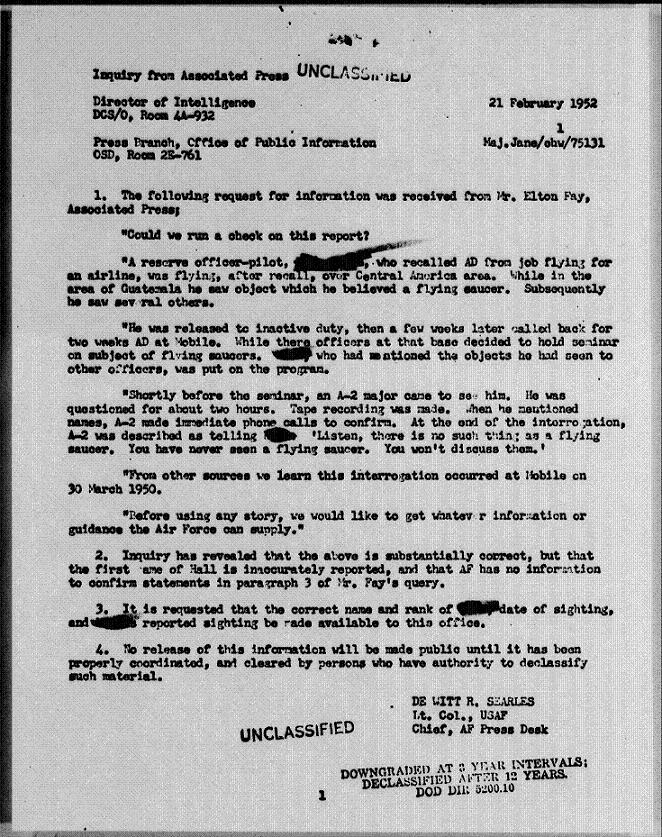 It would appear that Fay's story of the sighting over the airport in Guatemala City and the subsequent silencing of an Air Force reservist never made it to print. I've been unable to find any mention online of the sighting outside of the Blue Book files, although maybe it was covered at some point by NICAP or APRO. Any information related to this incident that you might come across would be a welcome contribution to this thread.