Scientists are in the possession of the body of an alien? Don't get to excited its Greer and he nee

I wonder if the TPTB asked him to self destruct his own credibility to reduce suspicion from assassinating him or reduce the likely hood of attention his story would get if he were to be killed. If that is the case than Dr. Greer has done an excellent job in keeping his end of the bargain by totally destructing his own credibility.

BTW I did a search and got a lot of Greer hits but I didn't see anything about him having an Alien body at hand.


As Greer in his blog ( drgreersblog.disclosureproject.org ) explains, the physician and emergency physician Dr. Jan Bravo civilian group of people who might have recovered the alien's body and stored, have already visited and view the body and even the first time to investigate. The body is currently owned by a private institution, whose name and location so far from safety could not be posted. More extensive studies are planned, however.

Appealing to Bravo, says Greer, that it is indeed a "real body" Act, and it was not a plastic model or a man-made dummy: "We have also been X-rays are present this system and can use this to say that it is not for a copy of Homo sapiens that is a modern human or hominid known acts. "

Before, however, would present the body of the public, this will be investigated in detail and professionally. These projects belong to a comprehensive magnetic resonance imaging (MRI), a complete DNA analysis, and a C14-dating and other isotope analyzes, however, so far as they could not yet be fully funded.

"Before we present the body as that which he seems to be, we must exclude, however, can see that there is not another hominid, or a bizarre genetic defect of a human act," said Greer, and continues: "It is quite Ensure that there is a biological body and is actually still is, for what we currently hold. "

At the same time Greer combines his information with a request for additional funds for the financing of a Dokumenationsfilm project titled "Sirius" ( www.sirius.neverendinglight.com ), in which he and his colleagues and the best part yet unpublished evidence to assemble, the extraterrestrial origin of the UFO phenomenon and free energy. With parts of the donations will also be carried out not only the planned analyzes, but their results are also shown in the documentary, to be his debut as early as next December (2012). Should be carried out this investigation of the possible extraterrestrial body of Dr. Bravo, Dr. Greer and Dr. Ted Loder himself, his character Professor Emeritus at the University of New Hampshire, added by other experts who want to remain anonymous at present.

BTW I did a search and got a lot of Greer hits but I didn't see anything about him having an Alien body at hand.


That's because the previous threads on this were trashed due to it just being another plea for money from the money hungry S.Greer


The way he's going. In the future, little kids who get caught lying, and sent to their rooms, when asked what they did to get punished, will be saying...."I told a Greer"...

posted on Aug, 8 2012 @ 12:12 PM
link
The source is beforeitsnews... the entire article appears to be written by a non-native english speaking person, even the so called Greer quotes are written with terrible english. Isn't there a more direct source for these claims... like the actual blog page where Greer writes about this?

edit: ok here we go: blog post. He is claiming to have contact with a group who are testing a so called EBE.
edit on 8/8/2012 by ChaoticOrder because: (no reason given)


I suspect this is the "alien" body he's talking about.
It's the length of a standard ball point pen, and I've added a photo of what it would probably look like with skin on: 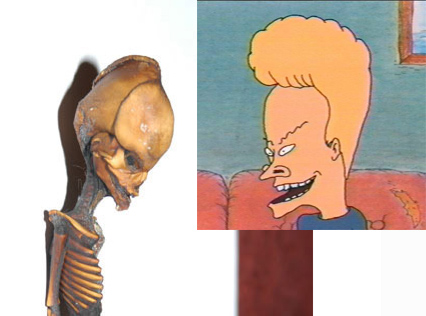 My guess is he'll announce he didnt have enough money and the body just decomposed mysteriously.

Isn't there a more direct source for these claims... like the actual blog page where Greer writes about this?


The link in the first line of the OPs quoted post will take you to it , its under " BREAKING NEWS: URGENT " give me money .... OK I added the last bit


His latest email beg-a-thon netted over $250,000.00 to help produce his latest documentary....the money just pours in, but it's never enough for the Greer, the greedmeister.

It looks like Greers ventures are drying up and is in need of some quick funds, hence this crapola claim.


No permit was obtained by Greer or CSETI to conduct business on the wildlife refuge. But as a spokeswoman from the U.S. Fish and Wildlife Service told the Outer Banks Sentinel, “We don’t allow/would not permit non-wildlife dependent commercial recreational activities – thus would not likely issue a permit for a UFO program – commercial or otherwise.”
www....(nolink)/extraterrestrial-contact-seminars-land-greer-in-federal-court-699/

All threads posting about Greer and his latest begging for money on his website w/ will be closed and moved to the new LOL forum. Not only that, there are other threads in existance on this.


Closed. Moved.
edit on August 8th 2012 by greeneyedleo because: (no reason given)