Turkish invasion of Syria - took over the Jarabulus, raging battles with PKK

Turkish invasion of Syria - took over the Jarabulus, raging battles with PKK


Turkish troops backed by attack helicopters AH-1W Super Cobra crossed the border at the border Turkey - Syria a few hours ago, as stated by the Kurdish news agency, and Iranian sources.

The invasion took place without any resistance from Syrian troops who have left the area, and the Turkish forces occupied the city Jarabulus.

The Turkish force size motor is constitutional and is accompanied by a squadron of tanks and M-60 BRDM A / K anti-aircraft rocket launchers etc. 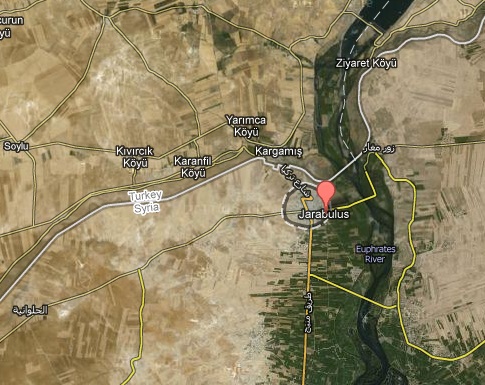 edit on 7-8-2012 by cerebralassassins because: (no reason given)

posted on Aug, 7 2012 @ 12:14 PM
link
Okay so the "when" regarding Turkish forces entering Syria has been answered, i fear we should now wait of the response by the Syrian army and i feel that Turkey simply walked into a set trap. A trap not designed by the Syrians but from the Bear itself. This would also explain the some 300-500 strong rus. special forces that have boots on the ground from several days ago.

Is this actually happening?

Could not find any English reports on it.

Namaste.
edit on 7/8/12 by WiseThinker because: (no reason given)


This confirms earlier reports featured in the New York Times and the Washington Post, that not only are the Gulf States of Saudi Arabia and Qatar funding and arming militants via Turkey, but that the US is coordinating the logistical aspects of the operation as well.

and here is the kicker...


The face of Libya's "revolution" was literally Al Qaeda. Abdul Hakim Belhaj, commander of the Libyan Islamic Fighting Group (LIFG) listed by the US State Department as a "Foreign Terrorists Organization," was armed and backed by NATO (including the US) in his efforts to topple the government of Libya. Belhaj more recently pledged (NATO) weapons, cash, and Libyan militants to the "Free Syrian Army." 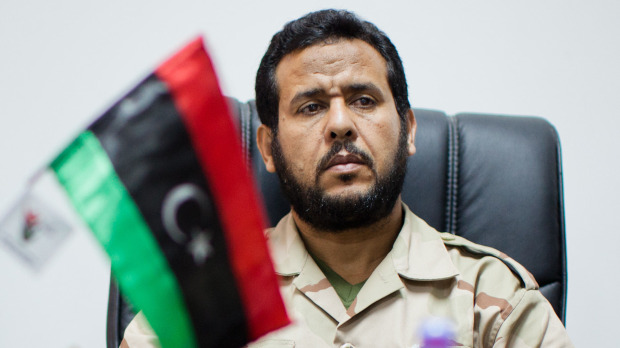 
Its not happening now..its happened..! as stated in the article, as of several hours ago. It may seem weird to some why im following this so closely, well its because i have several business interests within both nations so naturally im concerned and keeping one eye opened for how things will end up. But...i fear its not going good for Turkey or Syria and more than likely Lebannon is to be drawn into the conflict that will simply trigger the full blown middle eastern conflict that everyone is discussing but not willing to place their thoughts or views on the table. Rember that while the world will be focussed on all the mayhem, it is pakistan that will be the main focuss for a nation that has and is doing nothing...well not in the front lines that is. Its simply buying time and restructuring its armed forces for another Iraq style invasion.
edit on 7-8-2012 by cerebralassassins because: (no reason given)

Originally posted by DAZ21
Easy pickings for the new ottoman empire. I think this was a stupid move by Turkey, if true.

Originally posted by AngryCymraeg
Is there any independent verification of this yet?

CNN
FOX
NBC
BBC
No i dont have that,

but i have recieved a cell call once this article broke out from within syria. so yes..its confirmed, that turkish armed forces are within syria as shown on the map.
edit on 7-8-2012 by cerebralassassins because: (no reason given)

posted on Aug, 7 2012 @ 12:46 PM
link
Well, if we go back to the telephone call that Obama made to Turkish Prime Minister Recep Tayyip Erdogan on Monday night

The White House statement merely said Obama discussed with Erdogan how to "coordinate efforts to accelerate a political transition in Syria, which would include the departure of [Syrian President] Bashar al-Assad" and to share the "growing concerns" about the violence in Syria and the "deteriorating humanitarian conditions".

The article goes on to say that

Indeed, the Turkish army is maneuvering with tanks on the Syrian border. But Erdogan is yet to take the momentous step of approaching the Turkish parliament for approval for the army to cross the border into the country. Erdogan is thinking furiously. He took a meeting of the Supreme Military Council in Ankara on Wednesday to oversee "war preparations" and inter alia realized that the Turkish armed forces are in great disarray.

Turkey is a US proxy, and part of NATO. This scenario is very possible.

posted on Aug, 7 2012 @ 12:46 PM
link
It is a possibility but without some back up sources, it is very hard too tell. Boy, if this is correct though, we could be in for some fireworks in the coming days/weeks.

posted on Aug, 7 2012 @ 12:48 PM
link
So a "Squadron" of tanks is probably a battalion equivelent to most western forces. So we are looking at somewhere between 30 and 50 tanks/mechanized vehicles. Sizable, but not a large force outright. What's backing them up??? The rest of their parent regiment or division? Are they pushing further than this town? Or are they just occupying the town? Maybe setting up a "security zone" on the Syrian side of the border? What's the overall mission of this armored squadron? You don't invade a country outright with 50 tanks. They can't be pusihing much further without additional forces.

They brought air defense too, substantial for that size force. Whatever they are doing, they are probably staying put, or expect resistance from the air.

posted on Aug, 7 2012 @ 12:56 PM
link
Do not forget the 300-500 Russian special forces. There are about 200 that have boots on the gournd as of several days ago. A flash meeting between Cyprus and Mr. Putin yesterday has all the markings that Russia may require ports and an allie for when it truly begins.

Originally posted by sonnny1
This "story" need to be verified.


Let me put in a call to the news desk's and shortly it should be across the net. Sit tight.

here is the link
presstv.com...

Turkish military forces have briefly crossed the border with a Kurdish region in Syria with the backing of armored vehicles and helicopters. More than 100 Turkish troops armed with thermal rockets and sophisticated weaponry on Tuesday entered the town of Cerablos in the Kurdish region of Kobani. The contingent of Turkish soldiers reportedly left for their bases after an hour.

Originally posted by sonnny1
This "story" need to be verified.


Unless its being kept quiet for now but in 2 or 3 weeks we'll see a headline saying it has happened then which would put us about 3 weeks behind the current situation!!


Let me put in a call to the news desk's and shortly it should be across the net. Sit tight.

Im not saying cross border fighting isn't occurring. Im saying I would like more sources, other then PressTV....

This would be a huge move, on Turkeys behalf.


Unless its being kept quiet for now but in 2 or 3 weeks we'll see a headline saying it has happened then which would put us about 3 weeks behind the current situation!!


In the day of the Internet ?

There is no news coming out of the surrounding region, other then PressTv.