Pfizer has agreed to pay the federal government $60 million to settle allegations that its employees bribed doctors and other foreign officials in Europe and Asia to win business and boost sales.

The Securities and Exchange Commission said Tuesday that Pfizer's overseas subsidiaries made illegal payments to health care officials in China, Italy, Russia, Croatia and other Eastern European countries. As early as 2001, Pfizer sales representatives tried to conceal the bribes by recording them

posted on Aug, 7 2012 @ 11:31 AM
link
Here is yet another example of big pharma using doctors to boost sales of their medications. Judging by the content of the article they should be paying more than 60 million dollars due to the fact that this goes back as far as 2001 and in multiple countries.

Folks, this is just the tip of the ice berg. News like this should make you think twice about the medications your doctor prescribes for you during your next visit and ask yourself do you really need what they are precribing you?

hosted.ap.org
(visit the link for the full news article) 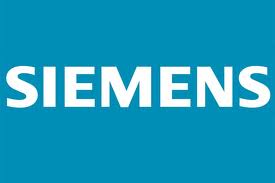 (Reuters) - Greece has agreed to settle a row over alleged bribes paid by German industrial conglomerate Siemens in a deal worth 270 million euros ($358.37 million), the country's finance ministry said.

Siemens may also invest a further 60 million euros in Greece to set up a factory employing more than 700 people, according to the statement. The deal is subject to parliamentary approval.

This is a natural part of doing business. Its just the rest of the people are tooooo stupid to deal in the same manner...oh wait...if we do that (the common man/woman) we end in jail without any questions asked.

Last but not least...you do know they all stick together..or should i say, like flies to #..!

One former Greek minister has admitted he accepted money for his party from Siemens in the late 1990s. Three managers of Siemens's Greek subsidiary, including its then-chief executive Michalis Christoforakos, were charged but slipped abroad and avoided the Greek authorities' grasp. In 2009, Germany's Constitutional Court rejected a Greek extradition request for Christoforakos

WHY IN THE WORLD IS THERE A "SETTLEMENT" FOR CRIMES?

People shoudl be going to jail, not paying fines to get out of it.


Its just how things work, the higher up and more money you deal with, the less chance you have of being thrown in jail.
edit on 7-8-2012 by cerebralassassins because: (no reason given)


Exactly, the people involved in these bribes, and their superiors should be held accountable for their crimes and should be put in jail. Regrettably these corporations are immune to real consequences due to their fat pockets. I've seen people go to jail over very small bribe attempts. They never even actually succeeded in their bribes and they were put in jail meanwhile Pfizer has been bribing doctors all over the world for over a decade and they get away with a cash settlement.

It certainly is unfair and makes my blood boil.

The company encouraged sales reps in the US to mis-sell three drugs to doctors and lavished hospitality and kickbacks on those who agreed to write extra prescriptions, including trips to resorts in Bermuda, Jamaica and California.

The company admitted corporate misconduct over the antidepressants Paxil and Wellbutrin and asthma drug Advair.

WHY IN THE WORLD IS THERE A "SETTLEMENT" FOR CRIMES?

People shoudl be going to jail, not paying fines to get out of it.

corporate crimes are generally dealt with by civil and administrative law, with penalties such as fines but not prison.

What I'd like to know is who ends up with the fines money.

My cousin is a rep for Pfizer, my husband is a rep for a french pharm lab. We could not believe how much the american reps do (are allowed to do) in terms of giving gifts and trips to doctors!
In France they are not allowed to give anything- not even a pen. Prescription drugs cannot be publicly advertized either, in media like TV and magazines.

But the last year has been hellish for us because my husbands lab was under fire for an anti-diabetic drug that had weight loss side effects, and began to be commonly prescribed for weight loss and given to people it was not right for- with resulting damage to the heart over time.

The media has portrayed this case as if the reps were knowingly encouraging doctors to prescribe it for that, and to patients it would be detrimental to- but that is not true. My husband was working that medicine and would come home at night furious and complaining about his efforts to convince the doctors not to do that, and how dangerous it was, and how they waved him off and ignored it. They finally just stopped production because the doctors weren't listening.

So as we've been taking a beating on this, it has made it seem like this lab is especially unethical...... when hanging out with my cousin, I could see the american labs were REALLY unethical and laughing all the way to the bank with no one bothering to say anything about their right to chase after a buck, to the detriment of peoples lives!

Glad that is getting noticed, at least. Though honestly, the fining thing is only symbolic- these labs have so much money already it doesn't faze them.
edit on 7-8-2012 by Bluesma because: (no reason given)

The settlement includes alleged violations by Wyeth, the New Jersey-based drugmaker which Pfizer acquired in 2009. As part of the action, Pfizer's HCP subsidiary agreed to pay $15 million to resolve similar bribery allegations with the Department of Justice. In addition to the settlement fee, the Pfizer unit agreed to a two-year deferred prosecution agreement.

New York-based Pfizer first disclosed the misconduct to SEC and Justice Department officials in October 2004, and cooperated with the government's investigation. Pfizer, the largest pharmaceutical company by sales, neither admitted nor denied the allegations.

Only corporations, who are immortal and cannot be jailed - are allowed to pretend their transgressions never happened.

What's more, since it was 'settled' without admission of guilt, the record will never reflect, in the inevitable future suits, that this was an endemic racketeering-style practice... and even if it did - they will claim it wasn't Pfizer per se, but their newly acquired outfit... Wyeth.

Notice the phrase "New York-based Pfizer first disclosed the misconduct to SEC" which implies they "outted" themselves... which they didn't. Must be nice to own the press....
edit on 8-8-2012 by Maxmars because: (no reason given)


The reps are the fall guys... the hungry employees who just peddle what they are told to peddle. they don't invent the schemes nor do they organize the revenue streams.

The Doctors (gasp) share complicity in that they don't care to scrutinize nor object to the overall business model the pharmaceutical companies... (who own the hospitals and clinics,) which are all in turn owned by the banking system who owns the insurance companies) use to keep the racket profitable.

posted on Aug, 7 2012 @ 12:56 PM
link
The pharmaceutical companies and the government are complicit in this abhorrent behavior. Government allows pharma to dictate policy at the expense of American citizens, and then pharma gets a fine and a slap on the hand for their various no-nos. Lather, rinse, repeat. It's a corrupt and vile system that has destroyed the fabric of society. Perhaps just punishment would be to force the executives of these companies to take all the drugs they are illegally pushing.

edit on 8/7/2012 by HolographicPrincipal because: grammar


I was looking for a good example irony today, and voila, here it is

Paying money to get rid of the charge that you bribed someone just means you managed to bribe your way out of that one as well, ESPECIALLY when the money paid that way is not directly applied to rectify the situation.

I think maybe a suitable punishment for a company that breaks the law is to lose some legal ability or protection. For eg. Lose the ability to make contracts for a while for a smallish crime. For large crimes maybe all their patents or copyrights revert to the public domain.

Originally posted by MagicWand67
Pretty disgusting but not very surprising.

I didn't know that, so I went looking to see how deep this rabbit hole might go and answers.com says Monsanto MTC was merged with Upjohn Pharmacia which eventually merged with Pfizer PFE.

That took me to THIS information: www.fbi.gov... and although there is no mention of Monsanto, the intent of the regulators and courts with regard to all these giant industries has nothing at all to do with health or justice and everything to do with keeping the loot under their mutual control.

Apparently the rabbit hole goes all the way down to the deepest bowels of hell.

posted on Aug, 7 2012 @ 03:43 PM
link
Some of the largest global corporations continue their corrupt practices because after they "settle" they've still made a profit. Jail time for the execs responsible would likely provide a stronger deterrent.


I have a real problem with all the advertising BigPharma does in America.

They claim the high costs are for R&D, yet they spend 70% of their budgets on ads.

posted on Aug, 7 2012 @ 03:58 PM
link
Corporations and their CEO's should be accountable for their firm's criminal activities just like Al Copone !

At the very least charge them at put them in front of ' The Twelve' .

Prior to Sept. 1, 1997, a corporation that was then known as Monsanto Company (Former Monsanto) operated an agricultural products business (the Ag Business), a pharmaceuticals and nutrition business (the Pharmaceuticals Business) and a chemical products business (the Chemicals Business). Former Monsanto is today known as Pharmacia. Pharmacia is now a wholly owned subsidiary of Pfizer Inc., which together with its subsidiaries operates the Pharmaceuticals Business. Today’s Monsanto includes the operations, assets and liabilities that were previously the Ag Business. Today’s Solutia comprises the operations, assets and liabilities that were previously the Chemicals Business. The following table sets forth a chronology of events that resulted in the formation of Monsanto, Pharmacia and Solutia as three separate and distinct corporations, and it provides a brief background on the relationships among these corporations.

They sort of divided it into 3 different companies and are all partners.