A cloud forest, also known as a fog forest, is a generally tropical or subtropical evergreen montane moist forest characterized by a persistent, frequent or seasonal low-level cloud cover, usually at the canopy level. Cloud forests often exhibit an abundance of mosses covering the ground and vegetation.

The Sira Barbet, as the bird was named, is clearly a sister species to the Scarlet-Banded Barbet, but is readily distinguished by differences in color on the bird’s flanks, lower back and thighs, and a wider, darker scarlet breast band. In the July 2012 issue of The Auk, the official publication of the American Ornithologists’ Union, the team published a paper explaining that they compared mitochondrial DNA sequences of the new Sira Barbet to it’s close cousins in the genus Capito and secured genetic evidence that this is a new and unreported species in the barbet famly. The genetic work was performed at The Field Museum of Chicago, by co-author Jason Weckstein. 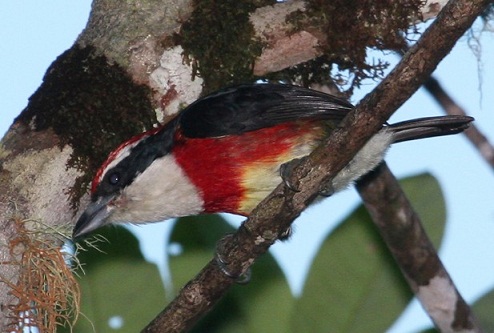 They first found it in 2008, but have been doing the science part of making sure it's a unique species.
(The description of the "cloud forest" is very refreshing (to me, anyway), considering we are in a baking drought...)

also, it's nifty that the indigenous tribe had guides willing to take the scientific team into the jungle to find it....
birds are just so fascinating to watch, and listen to. Hope you all enjoy...as much as I would love to go on expeditions in the tropical jungles, I'm beginning to doubt I'll have the chance in this lifetime.

The Ashéninka are a tribe of indigenous peoples who live in the jungles of Peru. The team discovered the bird on a ridge of montane cloud forest in the Cerros del Sira range of the eastern Andes. Steep ridges and deep river gorges in this region produce many isolated habitates and microclimates that give rise to uniquely evolved species.
redOrbit (s.tt...)

This "uniquely evolved species" in this particular place seems to me to be proof/evidence of evolution. It still boggles my mind that some people refuse to accept it. I wonder what the tribe believes (if anything) about the origins of life on Earth. 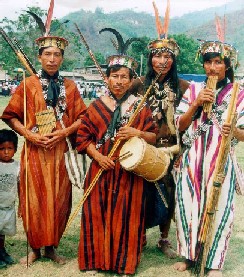 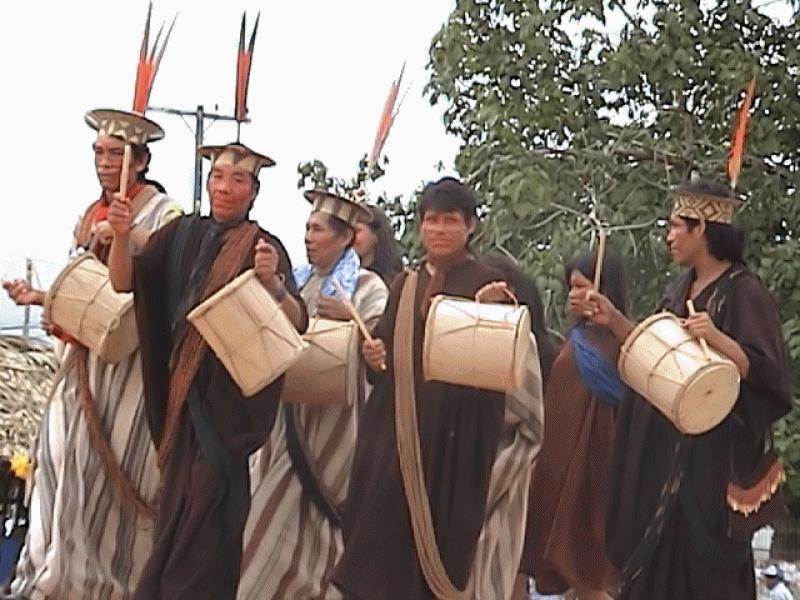 edit on 7-8-2012 by wildtimes because: additional pic and comment

posted on Aug, 7 2012 @ 11:00 AM
link
Awe beautiful little bird reminds me of a Red Breasted Nuthatch we have
both the White Breasted and Red Breasted here in Pa I wonder if they
are as clowny. Beautiful.