People that DONT believe in aliens...

In our galaxy alone there are an estimated 5,000,000,000 thats 5 BILLION other planets, 1% of these are thought to be in the 'goldilocks' zone of the sun, the area where its not to hot not to cold, liquid water and a strong atmosphere can exist. Only 1% you say? Thats still 500,000,000 planets that have potential to harbour life.

Our neighbour galaxy andromeda, which is BIGGER than our galaxy so lets do some reslistic guess work and say it could have 8 Billion planets, 1% would be 800,000,000 with potential to harbour life.

So in these two galaxys alone lets just round up the total and say there are 1,000,000,000 planets that habe potential to harbour life.

So anyone else still think were the only life in the universe!!!??

In the 60s we get to the moon, then we make it to mars, the discovery of our first earth like planet in the habitable zone is followed by that probe making it to the far outer reaches of the solar system. All that in 50 years, who knows maybe in the next 50 years we will discover how to travel at super high speeds through space and visit that earth like planet. Awesome.
edit on 8/6/2012 by AshleyD because: MOD EDIT: Edited inflammatory title.

posted on Aug, 6 2012 @ 03:28 PM
link
Disillusioned is a better word I think.. most people just haven't seen enough or thought enough to grasp the idea. Delusional is a bit of a strong word

posted on Aug, 6 2012 @ 03:28 PM
link
I agree with all that. By given the same huge numbers are result of immensly huge universe and vast distances, there is NOTHING that can prove that aliens ever visited this average small rock in unimportant Solar system that is on the periferia of an unremarkable galaxy.


nah nobody does think we're the only life but the big questions is how far away will it be? & will we ever be able to detect it?
edit on 6-8-2012 by yeti101 because: (no reason given)

posted on Aug, 6 2012 @ 03:30 PM
link
While I am a huge believer in life on other planets, and that we are even being visited by these ETs, I really don't think that because someone else doesn't agree with my views that they are a "delusional nut job."

You won't make many friends around here with that attitude. Just sayin'.


I know that there are beings from other planets. No one needs to convince me. I am one of the believers.

However...I am requesting that you change the title of this thread you created...it is insulting and really does nothing to help promote what you are saying.

You only have a very brief window of time to edit; by the way.

posted on Aug, 6 2012 @ 03:31 PM
link
Oh I think most people believe in them. They just don't believe some of us have had contact with 'em though.
Just like most everyone believes in UFOs. But when it comes to the pilot well......that's too difficult.

It's a new age. No more believing. It's all about knowing now.

Debunkers like me are usually people that once believed that UFO's were piloted by aliens from outer space.
We done the research and slowly came to know that Earthly UFO's are just that . Unidentified craft of Earthly
origin.

It has suited our goverments to pay into the Alien UFO phenonama to hide their secret black op experimental
craft.Disonfo if you like.

Aliens are plentiful...out there, but they are out there and not here.

posted on Aug, 6 2012 @ 03:32 PM
link
The likely hood that an alien race would find our planet and travel the vast amount of distance to get here is pretty low however.

Originally posted by TsukiLunar
The likely hood that an alien race would find our planet and travel the vast amount of distance to get here is pretty low however.

They themselves wouldn't travel but if they were curious enough they would send a couple autonomous orbiters and observe our movements.

I think UFO's, if anything, are probes, drones etc.. from several hundred different species that just happen to come across our planet while mapping or reconnaissance

posted on Aug, 6 2012 @ 03:37 PM
link
Sorry, the title was supposed to be an ironic shot at people who say alien believers are nut jobs etc.

Debunkers like me are usually people that once believed that UFO's were piloted by aliens from outer space.
We done the research and slowly came to know that Earthly UFO's are just that . Unidentified craft of Earthly
origin.

It has suited our goverments to pay into the Alien UFO phenonama to hide their secret black op experimental
craft.Disonfo if you like.

Aliens are plentiful...out there, but they are out there and not here.

Why can't you possibly accept two dichotomies happening at once? That's like saying, you once believed all fish were harmless until you saw a shark. Now you know all fish have teeth.

There are absolutely man-made UFOs (aren't you glad your government has 'transparency' now? ). However...it's not all or nothing. They got that technology from somewhere.

Originally posted by TsukiLunar
The likely hood that an alien race would find our planet and travel the vast amount of distance to get here is pretty low however.

What's low is the Human acceptance. Not the know-how.
Cosmically speaking, we are literally the equivalent of an ape with autism. We know NOTHING in comparison.

Don't give up man,you can do it!

Maybe this will help: 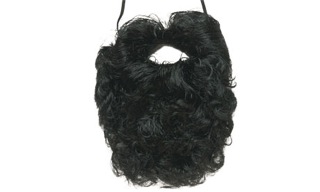 edit on 6-8-2012 by speculativeoptimist because: (no reason given)

We still don't know if it's posible to create a wormhole or traweling at light speed, if those things are not posible, well, you could have life in the nearest solarsystem and never get the chance to meet.

posted on Aug, 6 2012 @ 03:50 PM
link
As for wether aliens have visited us or not, even if just 1 of those 500,000,000 earth like planets in our galaxyharbours intelligent life is it that unlikely that they could have (in exatly the same way we have) explored the universe with probes and scopes etc.

Imagine if we sent a probe close enough to get shots of that planet we have recently discovered and found that it had oceans, clouds and an atmosphere etc. The 1st thing we wouuld do would be to get a closer look when technology permitted it. Whos to say an advanced species havent done just that with us/earth?
edit on 6-8-2012 by Idonthaveabeard because: (no reason given)


then where are they?