Joker is the picture.

Originally posted by Eidolon23
reply to post by DerepentLEstranger


Ooooooo. You just gave me an idea.

Let's say we, as a people, as a culture feel a tremendous deal of guilt and anxiety about the casualties we are indirectly responsible for when our country is at war. I'm sure it's immense, and if not given a target erupts into anti-war demonstration.

You know what a really effective way to lance that guilt might be? Give us a scapegoat. Give us a target we can wipe the blood onto from off our own hands.


Fits right into the plans cited here: www.abovetopsecret.com..., does it not? Of course, there are many uses for this, and what is happening here, and not only creating what the expectation is, what it (he/she) looks like, but fulfilling this, as well.

You commented earlier, as well, on the alignment of the entertainment industry and its media, I think, as being disturbing in the effort to carry such plans out. It has become rather obvious, hasn't it, that all these things are "created," and fulfilled in whatever matrix we seem to be in. Literally and figuratively, 1984 was a long time ago, whatever it "looks" like now. So much, too, is about the juxtaposition of the appearances, fulfilling expectations of heros and villains, and building narratives around this, bringing perceptions to fruition vis a vis one succinct act, as you surmised, as well.

The link you posted above explores narrative and social engineering. Knowing how the story is spun can give you a better eye for recognizing when it's being done. It also gives you a better shot at understanding why.

Guys, I imagine it's pretty scary trying to steer what you perceive to be a great, dangerous beast. But maybe keeping ourselves in a pre-operational state isn't the answer, and maybe it doesn't even make us any easier to manage. Maybe it's time to let ourselves grow up a little.

Give empowerment a go. It won't even dent your pocketbook, I promise.


I would say that this whole thing is proof that people really need to quit believing everything they see or read anywhere all to readily. As to what is going on? ah who know, its like a total big mystery... Totally you know, like big and mysterious, and whatever.

First they came to snuff the rooster, now they come to kill the joker, and it seems they also come to exterminate the fool. That most quizzical of characters. What next will they extradite the jokesters, and misinterpret the pretenders.

But to me they all look like any of the given people I would see walking down the street at random on any given day in any given part of the world. Which is really scary, because its almost like mass murderers and killers have no set patterns or set looks to them, they can literally be almost nobody and anybody, in fact it may even be that looks may have little to nothing to do with it at all.

Crazy thoughts I know, but still going to be watching out for them smiley people, I never did trust them, them and those friendly as hell likable people to, who always seem to make hella friends so easily. There all definitely up to something. 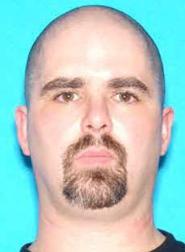