Are Mothman and the Conewago Phantom Parallel Beings?

posted on Jun, 28 2012 @ 11:37 AM
link
These sightings in Adams and York Co., PA have been occurring since 1988. The descriptions vary but the overall assessment is that this may be a Mothman or parallel being.

There are links to past sightings in the post.

I received an email from 'Mr. Mike' today in reference to a possible sighting of the 'Conewago Phantom' approximately 1 mile downstream from the most recent report from April 29th. He also mentions another possible sighting nearby on Rt. 74 just north of Dover, PA.


The first inquiry I received after I described my encounter near Camp Conewago was in 2008. I received an email from a man who lived a mile or so downstream from this incident (near Dick's Dam). He stated that he caught sight of 'something big' and had heard similar screams for many years and that the frightful sounds continued to this day.

New Sighting: Are Mothman and the Conewago Phantom Parallel Beings?


Or the original creature that breaded with humans to make the nephilim? Maybe other creatures such as the chupacabra and vampires derive from the beings that made the nephilim? Dare I say it, the dimensional blood drinking reptilian shape shifters, witch are documented all threw out man kinds history. It is speculated that the reptilians need to drink blood (human DNA particularly blue eye blonds) to keep their human form. Thus the chupacabra and vampire story's wear born. Maybe mothman is a reptilian.

They can be a wingless seraph like the one shown below.

The picture on that website looked like a beakless red eye crow.
The Rephaim are often seen in the presence of crows, ravens or cormorants (black). 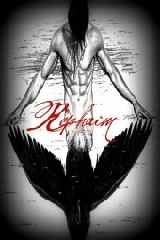 The parallel world that they are from is Tartarus which is a prison for all of the fallen ones and rephaim.

posted on Jun, 29 2012 @ 08:33 AM
link
Well some researchers hint at extra-dimensional origins for many of the Monsters that we see in the popular consciousness. Like Bigfoot, for example, shifting in and out of this particular physical realm as and when it is sighted, or the aforementioned Mothman or Shadow People being visitors from alternate realities that take on totemic or talismanic qualities when they drop in to our particular corner of the Multiverse. Time also becomes an issue - perhaps it is not a dimensional thing but a time one, with these beings falling through the cracks in the timeline and appearing for an instant either in their past or their future (our present).

Nick Redfern has an even more interesting hypothesis than the usual inter-dimensional one though - that a lot of these entities that we are seeing are in fact the ghosts of other creatures or earlier people that are haunting the area as opposed to dwelling there. It would have a hard time explaining the sightings of the Mothman or the stacks of Bigfoot tracks, for example (unless we can choose to return in a fantastical form such as a big headless moth-thing), but would neatly sort out the phantom big cats/wolves/apes seen all over the place, and lake monsters that not only avoid detection most of the time but also 'live' in bodies of water that could not support them from a purely food aspect.

posted on Jun, 29 2012 @ 09:19 AM
link
Well, I haven't heard anything about this before I moved from York in 1989. I know exactly where you're talking about. I have been by the camping grounds many times. I would suspect that the howling sound be a bobcat since they are native to the area. Since the late 80s there have been coyotes in the area too. The area near the camp ground is thick with Mountain laurel too.

this area is where the first mountain ridge ( I loose that term loosely since they are just big hills) to the west of York.

As for the one in Dover which is only 7-8 miles from where Shiloh where my parents moved in 1970 I could not speculate but the Big Conewago runs along Dover to the north before going up the hill towards Mount Royal.

I just spoke to my friend Dan who lives in Dover this morning. I will call him later and ask him about this.

Have you ever heard of Rehmeyer's Hollow and that historical fact that in 1928 two men killed a shaman because they were told by another shaman that he had put a curse on one of them?

Here is a link to a Dover, PA paranormal investigators....

Dover , PA paranormal investigators on facebook
edit on 29-6-2012 by fnpmitchreturns because: add link