posted on Jun, 26 2012 @ 12:34 PM
link
TSA employee spills the beans again .... how much more of this stuff are we going to allow >?
now a probable criminal wants to touch your Junk --- for other than stated purposes.... ?
I suggest everyone opt out of that naked scanner - let them fry themselves - and now they want you to wear a collar - tell them to wear that shock collar themselves and well JUST SAY NO. guess what ? I'm probable on another list now... if there was a place to go - I would - you people make me ashame to be human. even the smallest creature will take on the biggest if their children are threatend...

**Revised Comment:** they are hiring criminals at the same time they are killing criminals giving them authority over regular folk which will crush them in the end ,,,, ha ha ha there are Americans up there somewhere..
you go TSA.... have at it - wanna see if I eat eggs - stick your nose a little to the left.... poooft

A TSA supervisor turned whistleblower has revealed to the Alex Jones Show how the federal agency is deliberately directing its staff to hire people with criminal records who exhibit violent tendencies and psychopathic behavior.


Explaining how his job involved filing reports on other TSA screeners who didn’t follow procedure, “Rob” expressed his alarm at the fact that criminals were being hired who exhibited the behavior of “psycopaths.”

“We have a program in the state of Rhode Island where we take prisoners who are out for non violent drug offenses and everything else – basically sociopaths – and we’re sending them to a ten day course and getting them out in uniform out checking people,” said the whistleblower.

Rob added that people who seemed professional were disregarded in favor of applicants who had criminal records and displayed a tendency for megalomania and power trip behavior.

“If they have a background and it’s something like violence or abusing authority we put them right in, we put them guys on the floor first day,” said Rob, adding he was also encouraged to hire Iraq war veterans with post-traumatic stress disorder.

“It’s all about the power trip, it’s all about having people bug their eyes out at the public and getting the public conditioned to the fact that the police state is coming,” he added, noting how TSA screeners were directed to stick their chests out and “eyeball people.”

As a recent report by Tennessee Congresswoman Marsha Blackburn highlighted, the fact that TSA agents are so routinely caught engaged in criminal behavior is by no means an aberration but stems “from TSA’s hiring practices and insufficient use of background checks.”

This includes the TSA’s recruitment policy which, instead of representing an “intelligent risk-based organization,” actually fails to conduct criminal and credit background checks on many of its employees while advertising “for employment at the Washington Reagan National Airport on pizza boxes and on advertisements above pumps at discount gas stations in the D.C. area.”

posted on Jun, 26 2012 @ 12:38 PM
link
So the whistleblower documented all this stuff or just figured a quick chat on Alex Jones was good enough?


he said he had documents and he was going to Fax them over to Alex. 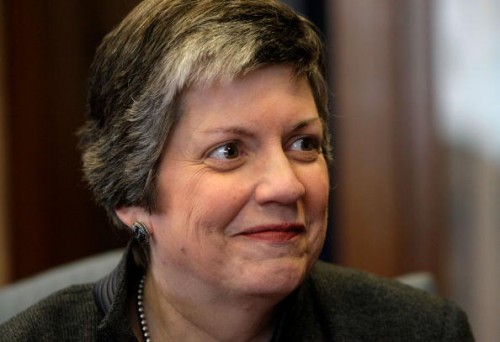 
he said he had documents and he was going to Fax them over to Alex.


I said he said she said. And another guy said something to but I can't remember cause we were all busy saying stuff.

Don't bother releasing, talking about a story unless you plan to present the materials backing it.

It's called vetting the story, and it is what any journalist with a grain of integrity do. But AJ isn't a journalist.

Originally posted by kwakakev
Considering how the TSA was first introduced it does fit the profile.

The TSA (Which I am no fan of) could be hiring serial killers, but unless someone wants to provide something to back up an accusation, technically the other person is helping the TSA more than anything.

Unfounded accusations do nothing to a cause. There have been plenty of legitimate concerns with the TSA and they were all disseminated without the unneeded spin.

posted on Jun, 26 2012 @ 12:52 PM
link
think I would disagree with defining all non-violent drug offenders as sociopaths.....that is a large exaggeration...I wouldn't agree that the TSA needs to be hiring criminals...but make it what it is

The World Health Organization's International Statistical Classification of Diseases and Related Health Problems, tenth edition (ICD-10), defines a conceptually similar disorder to antisocial personality disorder called (F60.2) Dissocial personality disorder.[4]
It is characterized by at least 3 of the following:
Callous unconcern for the feelings of others.
Gross and persistent attitude of irresponsibility and disregard for social norms, rules, and obligations.
Incapacity to maintain enduring relationships, though having no difficulty in establishing them.
Very low tolerance to frustration and a low threshold for discharge of aggression, including violence.
Incapacity to experience guilt or to profit from experience, particularly punishment.
Markedly prone to blame others or to offer plausible rationalizations for the behavior that has brought the person into conflict with society.
There may be persistent irritability as an associated feature.
The diagnosis includes what may be referred to as amoral, antisocial, psychopathic, and sociopathic personality (disorder).
The criteria specifically rule out conduct disorders.[5] Dissocial personality disorder criteria differ from those for antisocial and sociopathic personality disorders.[6]
It is a requirement of ICD-10 that a diagnosis of any specific personality disorder also satisfies a set of general personality disorder criteria.

posted on Jun, 26 2012 @ 01:07 PM
link
They hire these people to do pat downs because they are more than likely experts by now, after years of being pat down by police


There is plenty around to prove that 9/11 was an inside job, but there are heaps of other threads for that debate. The point is the psychological attack that is being perpetrated, with the TSA just one of many fronts. The dehumanising treatment and gross invasion of privacy over an extremely low to non existent threat is leading to the public acceptance of a police state.

As for the legitimate concerns, are the security staff still getting cancer from the machines? What about that support the underwear bomber had? Is that paedophile priest still hands on in the job? I do know you like to check your sources which is good, but there are years of reports that lead me to consider that there is more fact than fiction behind this one as well. If this report and I am shown to be wrong, great. But considering the political and social environment I would not dismiss it too quickly.

posted on Jun, 26 2012 @ 02:24 PM
link
Dont get me wrong, I hate TSA and havent even had the misfortune of passing through their stalls, but something caught my eye.


“We have a program in the state of Rhode Island where we take prisoners who are out for non violent drug offenses and everything else – basically sociopaths – and we’re sending them to a ten day course and getting them out in uniform out checking people,” said the whistleblower.

So "non-violent drug offenders", which includes those in the system for posession, are "psychopaths"? REALLY?

Im no fan of the TSA, but this is rhetoric, and nothing more. I quote again:

posted on Jun, 26 2012 @ 03:32 PM
link
TSA is also going after Veterans. You should have seen them drooling over me when I gave them my resume at the job fair in Detroit today. I won't go to work for them but they sure wanted me. I am looking onto other jobs within the DHS right now and may very well have found an interesting one today. This will probably be my last post for a while as I am going to be getting background checks done in the near future.