It seems to be a Korean or North Korean documentary which goes into detail about exposing western propaganda from roughly England in WW1 and again in WW2. I am pretty sure it exposes how after WW1 the Brits gave up their propaganda program whilst the USA continued theirs and to this very day. I can't explain too much about the video as I have just started watching it myself. But from what I have seen, it seems like a good one to take a look at.

There are 6 parts which have been released but i am not sure about the final 4 parts just yet...
edit on 25-6-2012 by DarknStormy because: (no reason given)

That is so awesome. It makes me sick when I see obvious US propaganda against the North Koreans.

Its about time they started fighting back.

posted on Jun, 25 2012 @ 06:56 AM
link
I just read a bit of news concerning how the U.S. and S. Korea are using the North Korean flag in their "war games" exercises, showing once again how they continue to provoke that country. Thanks for the documentary

I see th videos just now without audio because my kid sleep beside me and has a fiver.
But even without audio everybody can understand whats going on in the videos! Thanx for that!

Thank you for bringing it to our attention.

Words to further comment on the content escape me at the moment, I may never find any.

posted on Jun, 25 2012 @ 08:03 AM
link
The only thing I can say is that, although we don't know much about North Korea, they are apparently teaching their children to hate us:


Is that not propaganda on their part, too?


Good series, it is hard to argue with facts, especially when I know this same propaganda has been used against me.
S&F

posted on Jun, 25 2012 @ 09:25 AM
link
North Korea is portrayed in the western media as being a totalitarian autocracy where everything is attributed to the goodness and wisdom of the Eternal Leader. This film debunks that... oh, wait....

The actual point though is that much of what is shown in the documentary is also most likely true, that scares me more.

It matters not who is in reality MORE controlled or more 'screwed'.

We all need to get our houses in order.

Originally posted by texasgirl
The only thing I can say is that, although we don't know much about North Korea, they are apparently teaching their children to hate us:


Is that not propaganda on their part, too?


They are indeed.
and yes it is.

They are taught that we are all "imperialists" who want to kill them and take their country.
There is Anti US propaganda all throughout NK.

Understandable I guess... But still..

They are worse with their anti us propaganda than we are with our "islamic terrorists" propaganda.

If you go to NK to visit..
You are shown numerous times, films and other materials that tell all just how "evil" we really are. lol


I suggest to anyone interested in this..
Watch this~ You'll see! lol

posted on Jun, 25 2012 @ 10:14 AM
link
it really dosent matter what contry you live in you are almost cerian to get a good brainwasing session in eventuly

posted on Jun, 25 2012 @ 10:41 AM
link
And North Korea has abstained from propaganda themselves, right? All countries use propaganda. 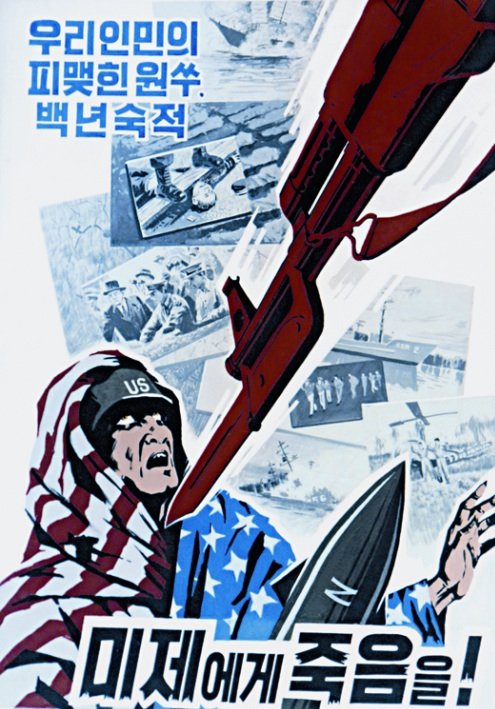 
Anyway, i whould rather believe what the North Koreans have to say instead of listening to the US rats and US rats' friends.

posted on Jun, 25 2012 @ 11:19 AM
link
It's an excellent documentary, exposing facts about the imperialist powers with perfectly placed imagery, creating a very powerful adumbration of the twisted lies these governments, and religion, continually participate in. A few comments have appreciated the posting of this documentary and the important point of the film. It's always nice to know of a few intelligent people able to understand and contemplate the truth of the matter.


Oh come on, lame response. Regardless of the source, were you saying N. Korea hasn't used their own propaganda? Like I said, all countries use propaganda. And I am curious to know if you know how much financial aid N. Korea has sent the U.S. Government?

And every word in it, true.

Originally posted by Gridrebel
And North Korea has abstained from propaganda themselves, right? All countries use propaganda. 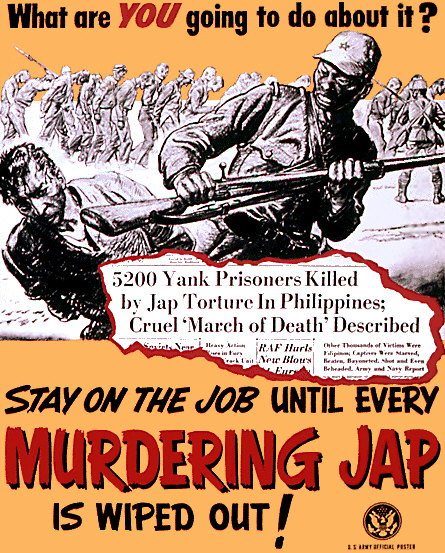 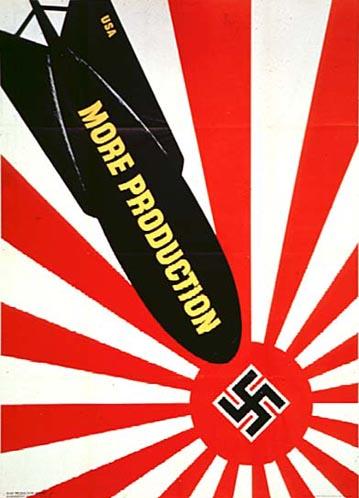 War propaganda is used by the US too. Do you like these US posters encouraging genocide of the Japanese? They were quite effective dont you think? Dropping nukes on Hiroshima and Nagasaki saved lives right? 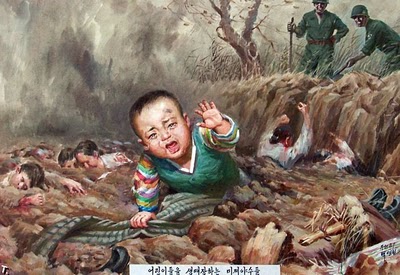 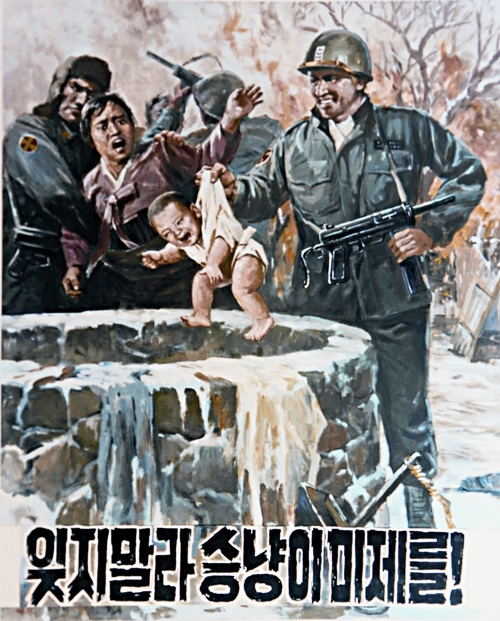 North Korean propaganda is unique. It has a shock factor like no other.