We here at The Apocalypse Now party have decided to nominate me Watchitburn, for the ATS Regency.
(applause)

This will be the official campaign thread. Here I will outline my position on some of the more pressing issues, as well as answer any questions that anyone might have. So lets get this ball rolling.

First off why should you care? Well you shouldn't, because it probably won't mean anything in the long run. But this has the potential to be fun, so join me if you would like to play along.

Why should you cast your vote for me?
I am many things, but above all I am practical, sometimes even to the point where it makes others uncomfortable. You will not catch me sugar coating or romanticizing reality either. But I like to have fun with things occasionally too. I insist that no topic should be sacred(except those covered by the T&C) When you put something on a pedestal, those that question or try to look deeper tend to be persecuted. That is not the way to gain knowledge and understanding. Lastly I believe NOTHING, I think it is premature to believe we have all the facts on any topic. Beliefs are dangerous, they lead to torment, suffering and death. Ideas on the other hand, can evolve as more information is obtained. And that is what I offer to the citizens of ATS, The opportunity for endless ideas without persecution. (though stupid ideas should be pointed out as such, albeit in a civil manner)

I even have a plan for dealing with the epidemic of stupid that is being spread around the planet.
I am convinced that the advancement of safety devices and medical treatment has led to the pandemic of stupidity right now. Think of all the young children throughout history that did not survive past the age of say 15 or so, because they were stupid or did stupid things.
Some of you are thinking, “He’s is not attacking the children is he?” You are goddamn right I am.
Think of every kid that stuck a fork in a wall socket, or walked out into the street without looking both ways. Many of you will think this is common sense, (It was common sense to me when I was a kid.), and you would be right. But alas, many of these intelligence deficient children are surviving these altercations due to advancements in medical technologies. These idiots are then going on to have idiot children of their own.
Now I am not against medical advancements, but I think there should be a panel that debates the common sense of the individual. This panel would decide whether or not said person was just being an idiot or not. If found to be stupid, medical assistance would be denied. We could select these panels just like jury duty, that way everyone gets a say.

posted on Jun, 23 2012 @ 05:25 PM
link
And here are my answers to some questions that SonoftheSun asked the candidates in this Thread

1. I can't speak for anyone else, but I enjoyed the game that led to the unlocking of the Japan, 2012 US Elections, and WWIII forums. I would definitely like to see something along those lines used for any new forums to be introduced. As for ideas for new forums, I think we could use one for DIY gadgets, gismos and projects.

2. If I am not mistaken, the Flag system was originally intended to alert the staff of T&C violations. I suppose that could be brought back, and Tin Foil Hats could be awarded to threads that you like. But personally I don't have a problem with the current system. It is what it is.

3. My opinion on stars is pretty much the same as flags. Sometimes they can help with identifying Trolls, but it is all relative to other peoples perspective. I don't think it's broken, so don't fix it.

4. I think the Moderators and Owners do a very fair job of upholding the T&Cs. We have all seen great contributors to ATS banned for violations. No one receives special treatment. Everyone counts or nobody counts. If anything, I think the Mods are overworked and under appreciated. More effort should be put into recruiting additional Moderators.

5. Senior Members need to be patient with newcomers to ATS. In the Debate thread I brought up the idea to send out a monthly Newsletter type message, reminding members about the Search Function and other Tools that are available. In every Introduction thread I have seen, a Mod always comes by and posts this:

Be sure to try out Ask ATS with any "search words" of your choice, you will find numerous threads to choose from to add your thoughts to. Once you have achieved the minimum of 20 post replies, you will be able to create your own threads in their appropriate areas & additionally send & receive messages to fellow ATS members.
Here are some handy links to get you oriented into now becoming a valued member of ATS.
Reaffirming ATS Policies ( Please Read First )
Terms & Conditions Of Use (Please read second)
Visit here next - ATS Freshmans Forum
Index of Important ATS Related Threads
Starting a New Thread ?... Look Here First
Hey New Members!! Come here if you need advice
Easy Way to Upload Your Pics & Avatar Graphics***
Please have fun, ATS at times is like a rollercoaster ride! But be aware if you act in an uncivil-like manner, use profanity, troll, intentionally spread a hoax and/or get verbally abusive, you will be removed off the ride by a Moderator. This is for your safety, & also for those both young and old on the ride with you.
So buckle up, keep your arms within the ride's comfort zone, have fun and "Deny Ignorance"...!

Ultimately it is up to the new member to utilize the information that is provided to them.

6. I am a HUGE Lurker myself. I spend hours on ATS every single day, whether I post anything or not. If I see something that interests me I will post if not, I wont. Haters gonna hate, Lurkers gonna lurk.

7. I don't think ATS needs to be promoted. It should be stumbled upon in your quest for answers. That's how I found it. One day I was searching along then BLAMMO, "Good god, I've found the Motherland" All roads for knowledge eventually pass through ATS.

9. The WATS index uses math that is beyond my ken. I don't think it is relevant to the content of the site, but other people seem to like it, and that is fine with me.
edit on 23-6-2012 by watchitburn because: (no reason given) 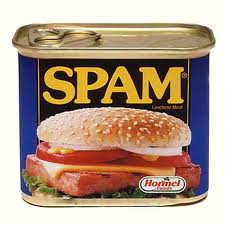 
Thank you for the support.