So this video, has been deemed offensive.

It was created to promote more woman to take up science as a career. It is part of a series of short films, about woman in science.


While the campaign's other films had drawn praise for featuring interesting and intelligent women discussing their careers in scientific research, the video took a different approach featuring three models giggling and blowing kisses against a bright neon backdrop.

Now after watching this video, I must admit, I do find it rather sexist, and frankly rather lame too. Would love to hear opinions on this.

vvv
edit on 23-6-2012 by VreemdeVlieendeVoorwep because: (no reason given)


Deemed offensive by whom? I didn't see any complaints and I don't have any either. Would there be something offensive about a musclebound surfer dude reading a book of physics while at the beach? Science, it's a guy thing.
edit on 6/23/2012 by jiggerj because: (no reason given)

posted on Jun, 23 2012 @ 04:16 AM
link
My opinion is that it would take a very weak-minded person to be offended by this. I think people being offended about every little thing could be the downfall of human civilization. Usually, people are "offended" because they want something in return. (entitlements) It has gotten insane lately, I give a big thumbs down to the "offended" nonsense.

Thumbs up to women in the field of science tho!

That was pretty lame, looks like a commercial from the 90s. As for it being sexist...I dont think it was. This commercial is doing what most commercials for womens products do, I think its kind of brilliant. I mean when you see a commercial targeted toward women the women in them always look pretty, youthful, like they are having fun, and turning men's heads.. Then the women think if I buy that I will look pretty, have fun like her, etc. They took that concept and applied it to science. I think that commercial, if executed a little better, would be perfect recruit teenage girls into the sciences. One thing I like personally about it is that the women are hot. Pop culture always makes smart girls look nerdy and ugly.


Women are one of the biggest group organizations world wide, i'm surprised they haven't flexed their strength to get the world in order years ago?!!


Yeah look, I am not offended, I just find it rather sexist.

I will link the article, and you will see the responses from the scientists in the science community, not being happy about it either. Which I can completely understand.

Its the old thing of using sex to help sell an idea or product.

Although, I am quite tired of all of the commercials and advertising around every single corner etc, it has got out of hand. This commercial tho is pretty harmless IMO.
edit on 23-6-2012 by Wookiep because: (no reason given)

posted on Jun, 23 2012 @ 04:28 AM
link
Glorification/romanticism of science in this manner is simply atheistic garbage, irrespective of the gender issue. Atheists have a noted tendency to claim a territorial monopoly on science, and they are generally the ones behind this kind of crap.

If, however, there was any single reason why as a male, I would find this specific video offensive, it is because feminists have displayed a determination to claim a gender-based monopoly on literally every area of human endeavour, and then after they have done so, paradoxically use such as reinforcement for their belief in male disposability.

In other words, first they set out to prove that they can do everything as well as we can, and then they use the results of that effort, as justification for seeking a way to change humanity into a single-gender species.

I've said it before, and I'll say it again. Feminists want human society to view men as garbage.

Feminists do not want equality with men. Feminists do not even want dominance over men. Feminists want a world in which men literally do not exist at all. They don't want to merely subjugate us. If they had the means, they would first murder the lot of us, and then genetically change humanity to being a female-only species; and afterwards, they would still see themselves as being morally justified in having done so.
edit on 23-6-2012 by petrus4 because: (no reason given)


Well, I would like to support the OP a bit on this one. The problem with the video is that it focuses on looks instead of intelligence even while discussing science, to the point of focusing on lipstick and make-up more than vials and microscopes. It is like saying "if you are pretty enough, you can become a scientist."

I'm not going to go so far to say anyone should be punished for making this video, that would just be ridiculous.


I think it's really lame but not offensive.

I was a science nerd long before it became "cool."

Also who the heck wears stilettos in a science lab? I know I never did and never would.

Why not use actual science girls? Why do they have to pick model types in sleazy outfits? That is the only part I didn't like. They were sexualizing it without the sex.

I think thats kind of the point. The commercial is not meant to recruit girls based off their intelligence, its goal is to hook them and reel them in, get them thinking about a career in science period.


Atheists do not claim a territorial monopoly on science, those who are religious are much more likely to claim a hatred of science.

This video is sexist, but I'm so used to sexist things it's hard to really put the effort into being offended. But yes, it is sexist.

I think they were trying too hard to make it like a model/makeup commercial and didn't focus enough on the science aspect. Like others have said, if it had been executed a bit better, this could have been a fun educational commercial.

Originally posted by cetaphobic
reply to post by petrus4


This video is sexist, but I'm so used to sexist things it's hard to really put the effort into being offended.

I think they were trying too hard to make it like a model/makeup commercial and didn't focus enough on the science aspect. Like others have said, if it had been executed a bit better, this could have been a fun educational commercial.

Exactly, if they used woman in lab coats, doing some science type of activities, there would not be such an uproar about it. Yet they went for the old "lets use hot woman wearing ridiculous outfits" routine, in a vain attempt to try and make it look sexy.

It is MY opinion that they failed.

posted on Jun, 23 2012 @ 05:15 AM
link
It isn't exactly offensive but it is certainly stupid as hell... anyone who likes serious science would not like this video.

It would be a good test as what women/girls are suited for a science career... play that video and ask them if they like it.

Response: I think I lost several brain cells watching that
Recommendation: science career
edit on 23/6/2012 by ChaoticOrder because: (no reason given)

Originally posted by ChaoticOrder
It isn't exactly offensive but it is certainly stupid as hell... anyone who likes serious science would not like this video.

Agreed. If anything about it offended me, it was probably the brain-melting stupidity, more than anything else.

Like I said though, it's just more of the atheistic "For Science!" meme that has slowly been building on the Internet over the last couple of years. The main source of such is a group of (both chronological and mental) atheistic 17 year olds who are trying as hard as they can to emulate their idol, Richard Dawkins; but who are finding it difficult, due to being completely illiterate, and generally also being lucky if they have an IQ above 90. 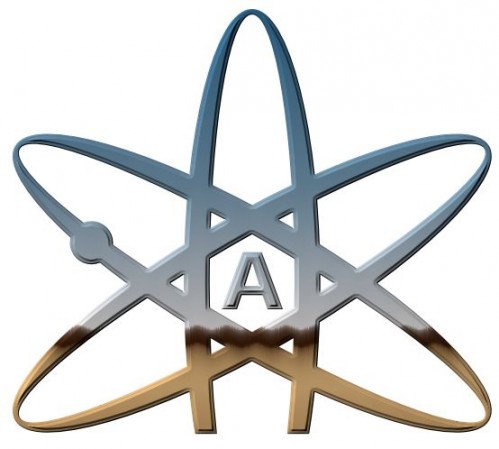 Ladies, becoming the next Tesla just isn't in your cards, but Julia Child is something you can aspire for!