posted on Jun, 23 2012 @ 02:40 AM
link
The purpose of this thread is to FINALLY give the members of ATS to voice a mid-campaign position.

This thread is not open to the candidates, so candidates, please refrain from posting here. This thread gives the members of ATS the chance to make comments about the ATS Regent Election.

Say anything you want, within the T&Cs, about any candidate or the positions they hold. Who, in your opinion, is ahead in the polls, and why?

If you have something to say, say it now. I'm sure there will be people adjusting their campaigns.

Once again, if you are a candidate, do not post a reply. This thread is for non-candidates, to discuss their opinions on the campaign.


Well,I would like to say that the candidate I am backing, has ALL the morals and principles that ANYONE would be looking for,when it comes down to Regent.

As he has stated,and I kindly use his words:

Originally posted by gimme_some_truth
I would make a great regent because I believe in honest politics. I think this has been shown already in this thread. Honesty, integrity, civility, non bias and intelligence along with a clean record and a reputation that follows in suit.


I believe EVERYONE that is running,has put together some great responses,to some serious questions.

Whats lacking in this World today,is EVERYTHING my candidate stands for. Hes the Ron Paul of ATS.
You cannot fault him on anything he stands for, from the economy to foreign policy,to trade. It takes a lot for a Independent Conservative,like me,to back a professed "Dirty Liberal Hippie",but hes just that Honest,and Right.

I suggest EVERYONE take a look at gimme_some_truth,and where he stands. I would be surprised if MANY didn't see things,exactly as he does. 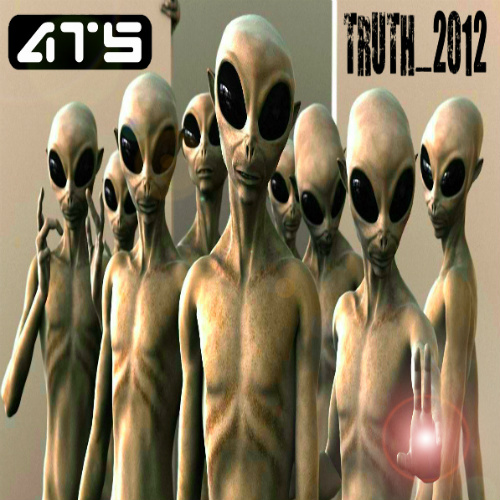 I have been here for years without posting a lot, but I read voraciously and pretty much every day. I've read so many posts by gimme_some_truth where he is able to state his facts and opinion in a friendly and civil way, even when the people replying to him are not. That has always impressed me. I've seen threads that he has stood alone on a position and while others were not posting with respect or civility, he never lost his respectful tone for them. I've seen him helping people in threads and working with others to reach a consensus. I've seen him change his opinion in light of new information which tells me that he is open minded and willing to give other opinions a fair hearing.

GST could have been frustrated up to his eyeballs with the people he was conversing with and you would have no idea because of the respect that he shows to everyone. That is a quality that I believe would be good for the Regent to have. I also believe that he will be a good advocate for the members. On a personal level, I had some trouble figuring out how to resize my avatar pic. He immediately pointed my in the right direction for help (and a HUGE thank you to Slayer69 for fixing it for me and teaching me how to apply it) and he helped me figure out the answers to other questions that I had. I appreciated that. I've been here forever-ish, and was embarrassed to not know these things, but wasn't made to feel foolish for it.

That GST has connections amongst the membership, staff, and ownership is also reassuring. I think that I would feel more comfortable having an advocate to go to with problems that he could possibly help me with before needing to go to the staff, who are busy keeping our board running smoothly for us.

All of it together has made me look at gimme-some-truth's campaign and want to support it, because the bottom line is that it resonates with me the most.

Thank you to Beezer and all of the candidates and our reporter! All of you have been interesting and amusing. Everyone of you has made this project so much fun and I wanted to say thank you to all of you.

One of the reasons why I started the debate thread here, and asked the questions that I did was because of previous debates I have had with some of the candidates.

Their world view initially coloured my impression of the candidates, yet the more I read, the more I agreed with some of those whom I wouldn't have thought.

As in national elections regardless where you're from, when the candidate has the time to explain his/her positon, it may differ from the preconceived notion that you may have had.

I have followed most if not all of this innovative election so far.

This is going to be a tight race ! There are many outstanding contenders here...

Normally, I am not one to be easily impressed but the momentum for this brilliant idea from Beezzer is amazing !

There has been fantastic creativity in the "Commercial Break" ads for runners...Candidates and members have colored this election with their imagination that showed and still shows no limit !

The humor has been awesome. Boncho, "Clueless" Vkey08, Ipsissimus, PurpleChiten - to name a few - are humorous contenders that carry a message with smiles and laughter. I highly appreciate their candid participation.

I have seen well thought out platforms that bring concrete solutions. Along with state of the art ideas that the owners and staff should have a serious look at...

Overall, this election is truly journeying in an ATS fashion : above the rest !!

Almost impossible to answer. There are many eyes on this election. But there are a few candidates that really do stand out, so far, but this below is just my opinion.

I would guess that most know that I have given Gimme_some_Truth my support for reasons that I've mentioned, here and there. But I also highly appreciate Nenothtu and Druid's (yep, that's you) campaigns thus far...

And let's not forget Ipsissimus' comeback. This member came back with a Bang.

But there is still time ahead and I feel that there are some great contenders that haven't exactly shown what they are really capable of, as yet.

This election is the most fun I've had since the last Tinfoil Hat Contest !!

Thanks for putting this thread up Druid, and keep up the good work !


Don't forget that I'm the best looking and that's the most important thing! Apacalypse Now is the Clear Choice

Originally posted by Druid42
reply to post by PurpleChiten

it was such a moving service
He lived a long and happy life.....

Originally posted by Druid42
reply to post by PurpleChiten

posted on Jun, 24 2012 @ 08:21 PM
link
My Opinion is just an opinion... just one I happen to be partial to. I have watched the debates and the election processes, and I will be perfectly honest concerning where I stand here. One of the more popular candidates has been very helpful to me on these boards, since my first debate with them. But I really did not want to tie myself to voting for and also helping someone in the campaign processes when I did not know if I would find myself in agreement with them later.

So I openly stated I liked Druid42 best, and that I was going to be an unbiased reporter in these processes, because writing is what I do anyway, a candidate I would never be) I knew Druid from the short story contest where he offered up his assistance to me, should I need it in the future, where writing was concerned. He was articulate and imaginative, and a good writer. Therefore I figured he might not be a bad choice, and if he was I could always recind!

But it is strange, these processes I have seen a lot from all the candidates, and Druid42 is the only one I have seen keep the utmost of integrety at all times. He is not the most popular if we are going by flags, but he is sincere in everything he does, and never once comes across as phoney like gimme_some_truth sometimes does. To me, gimme_some_truth is more of a real life politician, one who will say what sounds good and once in office never do a thing but line his own pockets. That for me is a turn off.

Druid42 just seems honest, sincere, and true to his word and his stance at all times, while still having a sense of humor. To me, he is the most honorable of all candidates thus far. And if we are going to learn something from these debates it might be that, when it comes time to vote are we really going for the best personality or the best person. Most seem to want the best personality, but me.... I would rather have the best person, both inside and out.

All the candidates have their positive aspects, and many have negative well. I do not really see in the behavior of other candidates during this election what I would imagine a Regent to be. I know it is the virtual world and this title is just a title, but if we are reflecting real life in any way, why would I want someone insincere or overly playful? I am simply not certain the other candidates would make the best Regent, judging by this campaign alone, although the election is not over yet.
edit on 24-6-2012 by OpinionatedB because: (no reason given)