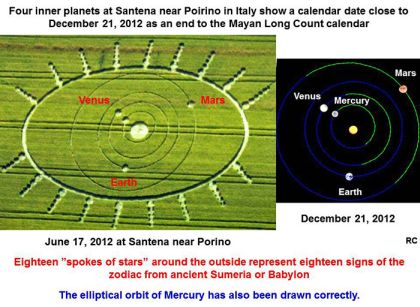 
depends on what technology was being used


it was cutting edge technology


My guess is three hours. I don't think people get how small most of these things really are. I still think it's an awesome find by OP and a good thread. I think the planning takes awhile, but the execution when planned well can be ton rather quickly by those that practice.

posted on Jun, 21 2012 @ 01:40 AM
link
Run Geiger counters, check radioactivity, see how the grass and what direction it lies on the ground before jumping to conclusions it is not man made.

can you taste the sarcasm?

I mean god damn, anyone with one of these

can make a decent crop circle.
Im sure there will be a ton of people who will believe this to be a sign, but it does not take much to make a stellar map. I mean, i just dont understand how anyone can be a blind believer of crop circles.

this would be believable if we hadnt discovered ancient zodiacs yet.

posted on Jun, 21 2012 @ 01:46 AM
link
I like what one person suggested on another crop circle thread: a "crop circle" on the surface of the moon, visible from Earth.

Now THAT would make me stand up and take notice! Hehehehehehe.

posted on Jun, 21 2012 @ 03:19 AM
link
I don't get peoples fascination with crop circles, seriously guys if ET is here (and I do believe he is) and wanted to give a message why not just give it? Why fly trillions of miles and create a pic in a field? Oh let me guess, so only the enlightened can see it, yeah BS.

Were talking civilisations capable of building interstellar travel, of navigating the vastness of space at beyond light speed, or able to create and use wormholes, and they do what? Come and draw circles in the sand, please get a grip...

They could just over ride our satellite signals and tell everyone their message, beam messages across the sky, hell even land on the Whitehouse lawn and draw a huge fricking picture there, but no much better to travel all that way and draw a pic where it will piss off some poor farmer, gee aliens are so intelligent...

i honestly think that when that date comes aliens are visiting us..... crazy as it sounds i believe its gonna happen

posted on Jun, 21 2012 @ 03:47 AM
link
my opinion of this is hoax, due to clear uses of the lines as starting references and easy squaring, but id like to know what MSG this is conveying, whats life without a little magic.

but seriously i cant find nothing on the 18 spoke, or zodiac to do with either summer or Babylon.

whats up with dat??

posted on Jun, 21 2012 @ 04:04 AM
link
i noticed that connection too. always been interested in them. i think crop circles come in two types.

- man made
- created by unearthly technology

Originally posted by Imtor
Run Geiger counters, check radioactivity, see how the grass and what direction it lies on the ground before jumping to conclusions it is not man made.


There's a documenatry called 'New Swirled Order', that tests the grass and goes fairly in-depth in determining that whatever created the majority of Avebury crop circles was using something spot-on, and best described to the effects of a microwave.

There are so many crop circles, and yes, man can create crop circles, but generally they are nowhere as complex as some of the really intense, more known circles that were created beyond the backs of the land's owners. Some containing thousands of circles, perfectly accurate and greatly detailed. Some just don't have the operating system to support such a phenomenon for a myriad of reasons.

Just take a peak at the tests, and those who have studied circles for years, to see what results have been yielded. Many have been studying the phenomenon, on the ground, etc, and still can't conclude on how some of these have been created.

A video of a few moderate sized circles in a couple of hours proves nil. Zilch.

Most circles created as "graffiti" are very distinguishable from some behemoths out there. It can't be easy to do what the video above showed. Why do so many appear in the run of a month? Why do many of them bleed with sacred geometry to the point where these circle makers must be using super satellites, and why don't you see traditional, even street artwork hardly ever?

Of course, I'm sure that few will even watch that video that I mentioned above which shows the testing, before jumping on this post.

People should take into account that they most likely wouldn't come down and shake our hands, and grab Starbucks with us before sending subtle messages, aimed at obviously getting through on a less hysterical level. Given that "entities" are involved. Like humanity wouldn't completely lose their gonads and start killing each other, creating cults and probably eating their gonads, too, if "beings" came out of the blue to get something across to us. It doesn't take all that much intelligence to look at our population and what would happen if that did end up happening.

I don't really know what I think, but I know that the greater circles that have wracked the minds of many were not done as a spur of the moment after hours project.

The Crop Circle phenomena has also been found in snow, frozen bodies of water and sand. More than 80 witnesses have witnessed crop circles being created within a few seconds by one or more balls of light (orbs). In 1989, a Japanese TV crew filmed a crop circle forming in the early hours of the morning. The film footage shows a swirling motion of energy, which lasted less than 15 seconds, forming a crop circle.

Crop circles are usually not round, but slightly elliptical. In a real crop circle the plant’s shafts/stalks (mostly wheat, but also grass, barley, canola, buckwheat, linseed, rice paddies, corn, sunflowers, blueberry bushes, trees, etc.) are bent around an inch above soil (corn stalks are bent a couple of inches above the soil) and the plants are laid in precise geometric swirl patterns with little signs of physical damage. There may be light burn marks at the base of stems, altered cellular structure and soil chemistry, increased magnetic particle deposits, discrepancies in background radiation, alteration of the local electromagnetic field, depletion of the local watershed, along with long-lasting energy patterns. Some analyzed crop circles have shown higher radiation levels. Crop circles range in size from a few inches to hundreds of feet across and have been as large as 200,000 sq. ft.

In real crop circle formations the stems are not broken but are bent at 90° angles about an inch off the ground, at the plant’s first node. The plants are subjected to a short and intense burst of heat or energy that softens the stems or stalks allowing them to be folded over onto the ground at a 90° angle. When the stems or stalks re-harden into their new position, the plants and crop are not damaged and continue to grow. This is the method used to identify a real crop circle formation (agriglyph). The canola oil plant has a structure like celery.

If the stalk is bent more than about 45°, the stalk will break. When crop circles are found in canola fields, the stalks are bent 90°. Research and laboratory tests suggest that microwave or ultrasound may be the only method capable of producing this effect, but plant biologists are still baffled by this phenomenon.

Crop circles are not a modern phenomenon and may have been occurring for hundreds to thousands of years or longer. They exist in the centuries-old folklore of South Africa and China, and are in Native American Indian legends. They are even mentioned in books of the Bible. The first definitive written account of a crop circle is from August 8, 1590 and is found in “The Natural History of Stafford-Shire“, published in 1686. In “A Natural History of Staffordshire“, references to rings, circles and other shapes found in grassy fields can be found. There are also other references from England’s 15th century that suggest crop circle formations. In John Aubrey’s “Natural History“, a 1633 school teacher seen green circles made by the spirits in the grass. Another early historical record of a crop circle from 1678, is the “Mowing Devil” case, where a farmer’s field was believed to have been visited by a devilish entity that trampled the crops down in a circle. There is a wood engraving of this event. The scientific journal, Nature, decided to include in one of its issues a reference and a picture of the June 17, 1996 (648′ long) DNA double helix (field of barley) crop formation (shown below), with spiraling spheres of different sizes, which was found in Alton Barnes, England.

In the past 25 years, more than 10k crop circles have been found in more than 29 countries:

...Much more at source link.


watched the docu, very nice.
wish they'd focused more on the facts rather than the feel good, and left out the personal 2012 theories and the sun-worship/meditation circle at the end. Too much fodder for the skeptics to distract themselves from what was really fascinating (the microwave theory)

I dont believe that all crop circles are made by humans but this one just seems very easy for a human to create. The design of this one is pretty simple and it doesnt look like it would take much time to create. Also we seem to be able to translate the entire thing, the whole crop circle is knowledge that we already have, and it isnt even advanced knowledge, its stuff that i could have figured out so that also leads me to believe that it is just a hoax.

I imagine because it provides a lot of amusement, to create such a thing, and then see thousands of dedicated circle believers spend hundreds of hours "deciphering" the "meaning" of the design. Isn't it convenient that it's always a dire warning, or links to conspiracy theories common on boards like this? No messages of peace, no enlightenment, nothing but circles that would catch the attention of the circle-believing theorists the most. Curious huh?

Picture us in 1000 years. We are visiting other planets. We care enough about a civilization we discovered to warn them of an impending disaster. Would we use cryptic pictograms in crops to try and deliver this critical message? That only a handful of people would even care about, and that group of people is considered a bit "out there" by most rational thinking folks. Would that make any sense.. AT ALL? No, I don't think it does.