Check back in 10 minutes

-=dances off the stage=-


Professor Roger Penrose says that cosmic radiation discovered by one of NASA's telescopes is older than the Big Bang.
The researcher shows that the cosmic radiation background (CMB) formed in concentric circles that had cooled to a temperature of -270C over the 14 billion years since the universe came into being.
Prof Penrose and his colleague Professor Vahe Gurzadyan of the Yerevan State University in Armenia claim to have 12 examples of the circles, some of which have five rings - meaning that the objects had five massive events in their history. The rings appear around clusters of galaxy where the background radiation is incredibly low.
The scientists believe the circles are imprints of violent gravitational forces generated by black holes that existed long before the Big Bang.

Ya know what I find interesting... that no religion has ever hinted at a 'Big Bang', it is not in the description of any creation stories. Here's a fun little read about this...

My theory has ALWAYS been along these lines, but rather... I stick with the finite, multidimensional, torsion and torus crowd. It's a small group, friends folk...


Now, I'd like to change direction a little bit, and toss this in there... ya know, it's in my name(sorta), I couldn't resist.

A Penrose tiling is a non-periodic tiling generated by an aperiodic set of prototiles. Penrose tilings are named after mathematician and physicist Roger Penrose who investigated these sets in the 1970s. The aperiodicity of the Penrose prototiles implies that a shifted copy of a Penrose tiling will never match the original. A Penrose tiling may be constructed so as to exhibit both reflection symmetry and fivefold rotational symmetry, as in the diagram at the right.

This guy has some awesome stuff... that link alone should keep some people busy.


In 1967, Penrose invented the twistor theory which maps geometric objects in Minkowski space into the 4-dimensional complex space with the metric signature (2,2). In 1969, he conjectured the cosmic censorship hypothesis. This proposes (rather informally) that the universe protects us from the inherent unpredictability of singularities (such as the one in the centre of a black hole) by hiding them from our view behind an event horizon. This form is now known as the "weak censorship hypothesis"; in 1979, Penrose formulated a stronger version called the "strong censorship hypothesis". Together with the BKL conjecture and issues of nonlinear stability, settling the censorship conjectures is one of the most important outstanding problems in general relativity.

Now here's a pretty picture, that sums up everything

I suppose, if I'm going to go down this rabbit hole... I might as well include this link as well.

*This statement seems both to confirm and deny Hume, who said that sense experience preceded mind. Our position is that experience is essentially internal and a priori, i.e., pleasure and pain are induced, not produced by external events. And it is only after mind has constructed itself (by integrating experience, i.e., association of pain or pleasure with specific objects) that sensation, in the sense of information from the outer world, becomes possible.

Ahhh I love this link! lol sorry... may just be me.

The lifeforms, and inorganic matter will always continue to evolve and eventually dissolve.

Penrose was seeing concentric circles in the Wilkinson Microwave Anisotropy Probe data, and like any good freak, says "of course this supports my strange ideas".

More analysis shows the circles were just scanning errors, and more incoming data have made them go away.


Recent examinations of WMAP data has uncovered systematic errors.
Scan-induced anisotropy is a common problem for all sweep missions and like the foreground emissions, should be removed from final maps.
After corrections all that remains is a nearly featureless surface and hence much less information than originally published.

Summary:
1. Errors in the data.
2. Penrose goes nuts over it.
3. Errors go away after more examination.
4. Two years later, the media pick up the story again as if it was news.

posted on Jun, 16 2012 @ 01:39 AM
link
this has been posted before. but i have trouble believing this as the BIN site is unreliable
also


Originally posted by FractalChaos13242017
______beforeitsnews/story/2262/744/Big_Bang_Theory_Busted.html
WHAT if there was an entire universe that existed before the Big Bang?.


The beforeitsnews story was stolen from newscorp

The newscorp story was taken from the daily mail

The Daily Mail story was taken from the daily galaxy

The daily galaxy story refers to the story at physics world and Penrose's paper at arxiv.org, both of which are from 2010.

So whats happened?
Slow news day at the Daily Galaxy, and they've put up a "picture of the day" from 2 years ago, and the other stupid news organisations have jumped on it as if it was todays news.
It isnt.

For some odd reason, I find pleasure in going to beforeitwasnews . com for the laughs, there's some craziness on that site... I tell ya what!

How can something be created out of nothing?

posted on Jun, 16 2012 @ 02:12 AM
link
Maybe nothing is something just that nothing can not be perceived for our point of view, inside looking out.

Until we can look from the out side in, we have only the best educated guesses we can muster. Are they right, well.....

Originally posted by ThisSilentGuy
How can something be created out of nothing?


Depends on your definition of "nothing". 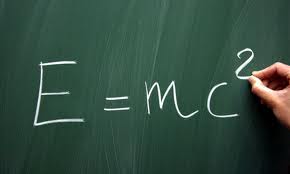 Originally posted by ThisSilentGuy
First, there was nothing , then a big bang, and everything was created.

How can something be created out of nothing?


I have no idea. Other than mathematical models but I still don't "understand" it.

But how can something have just always been? That doesn't make any sense either. Didn't the universe have some sort of starting point?


Well, the way we keep trying to blow everything up, we may never know. 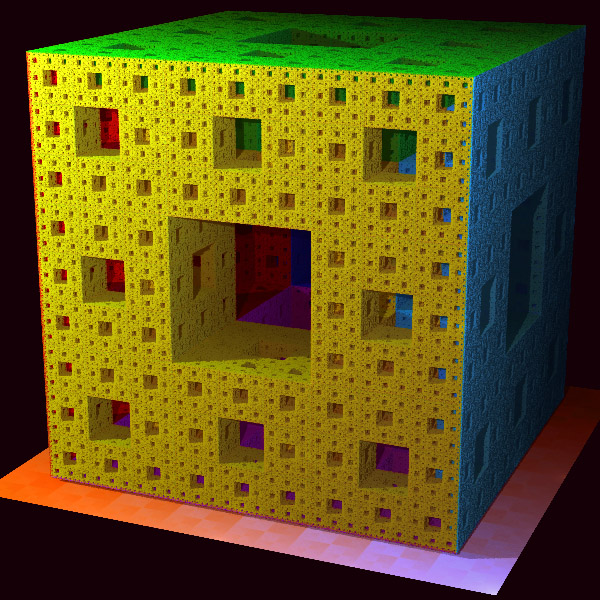 en.wikipedia.org...
(no pic for some reason, hmmm where did I put that thing lol)

Originally posted by alfa1
Depends on your definition of "nothing".

I am not sure that i understand what you intended here as 'E' is most certainly not 'nothing' either. One can not claim that there was energy when your are claiming there was nothing before the big bang, right?

posted on Jun, 16 2012 @ 06:36 AM
link
So the guy was looking for "evidence" to propose a new theory. It may have turned out to be glitches in the equipment but he wasn't wrong for looking.

The Big Bang can never be proven as fact or truth. It's just some guys idea of how things could have happened and some other guys decided to accept this as their favorite theory. Big deal, it doesn't mean a thing.

There are many other theories about how the universe was created. Many make lots more sense than the Big Bang.I believe schools do students a disservice by teaching the big bang as if it were THE theory to hinge ones beliefs on. All universe creation theories should be taught equally without placing more importance on one over the other. This is most fair and most in keeping with true scientific objectivity. Sadly, schools who push someones agenda, do not teach this way.
edit on 16-6-2012 by JohnPhoenix because: sp

posted on Jun, 16 2012 @ 11:09 AM
link
Ok so the big ban theory basically says, the universe started out as a singularity.
It expanded from this very small thingy, with all of what we now know as the universe already inside.

A discovery made not so long ago, showed entire clusters of galaxies moving against the stream of where they were supposed to be going at in regards to the big bang. How is this possible ? I really don't care. It just shows that the big bang theory has become obsolete from that point on, doesn't it ?

I'm now gonna look for some this research

They talk about in the above link. It was however not the one I was looking for.
edit on 6/16/2012 by Sinter Klaas because: (no reason given)

It's like a game of chess attempting to answer its own origins based on the arrangement of the board. The answer is not just mathematically impossible to narrow down to one origin - but also representative of a narrow philosophy. The original state of the board is irrelevant to its current state and the states that it can assume in the next available cycle.

So, could it be that there was no "big bang" that started everything, but instead, infinitely many "little bangs" that ended up creating various galaxies as shown by concentric rings? Each of those rings representing the expansion from that particular "singularity"?
Where did all the singularities come from? Was there an intiial "big bang" that produced them, then they did the "little bangs" to create what surrounds them, making the galaxies, then those galaxies interact, possibly making more singularities and more "little bangs" along the way....

Interesting thought experiment .... I wouldn't say "no, absolutely not", but would need a lot more information to go beyond the "entertaining thought" phase.