posted on Jun, 15 2012 @ 02:31 PM
link
I can already smell it: Monday comes and the Greeks pick the pro-Euro party, Syrizia gets very little of the vote, and the head-in-sanders come out in droves to crow about how everyone's worst fears have been avoided once again, and now everything will be fine.

In anticipation of that, here are some reasons why the vote outcome----either way-----will not be the final indicator of where Greece and the rest of the Euro is headed: 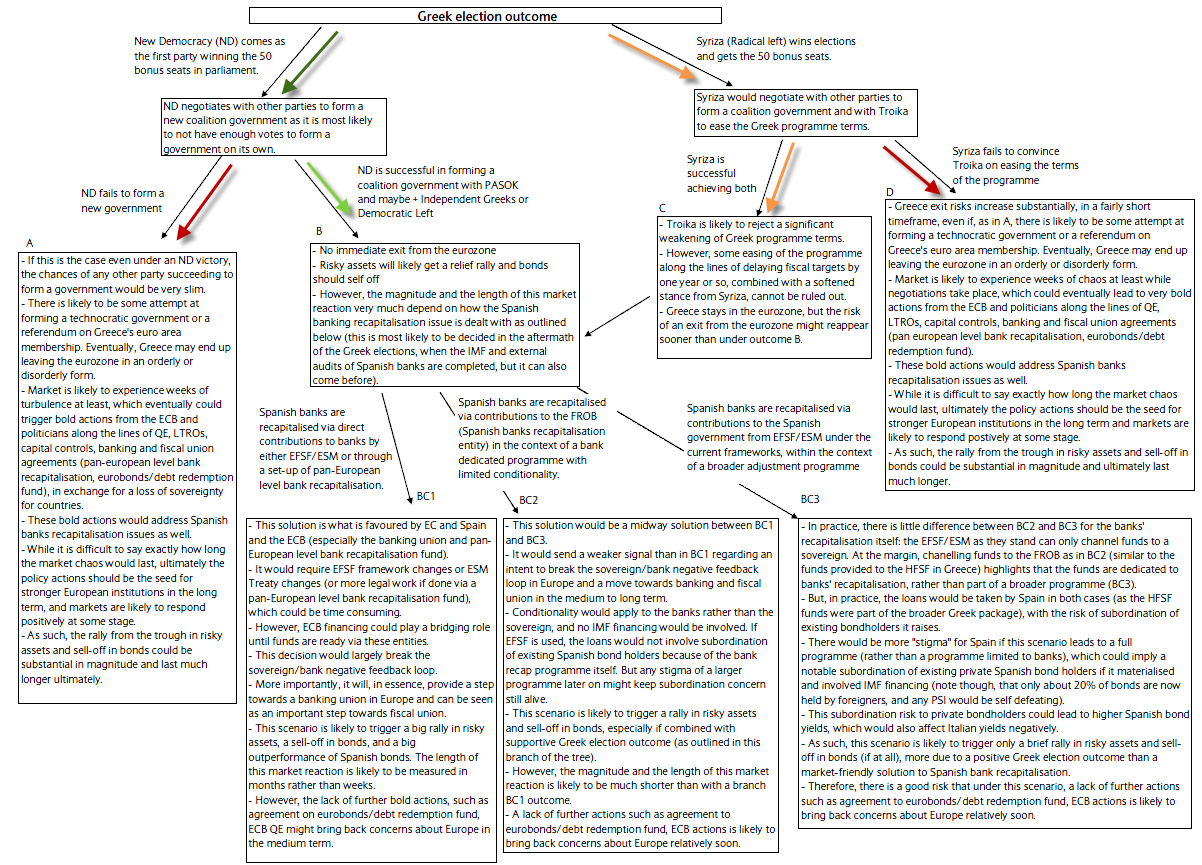 Perhaps that all of this has gone on for so long or perhaps because we keep hearing the cries of “Wolf” each week for the last several years that the markets are impervious to any new cries for help. An odd kind of complacency seems to have set in where nothing matters too much and everything will just be fine.[...]

At some point, in the next few weeks, it will come down to a calculation of just how much money the EU is willing to spend to support Greece and not cause a default and if Greece is to leave the Euro I think it is much more likely that they will be forced out rather than leave on their own decision. In the meantime the situation in Spain will worsen as the needs of their banks and of their Regional debts throw the country past the borderline of self-help. Aid will be called for in increments and it will probably total $350-400 billion by the time the final tally is made. Europe cannot afford this and I would not be surprised to see one of the funding countries saying that is it for them which will throw Europe into a tailspin. Effectively there are bank runs underway in both Greece and Spain currently and while no central bank will talk about it and no politician mentions it there is every indication that this is what is taking place each and every day now. It would not surprise me to see the imposition of capital controls and then a new round of havoc will ensue.