posted on May, 29 2012 @ 08:54 PM
link
So before you read the next paragraph, I don't want condolences or anything, just some perspective

As this date relates to me personally:

Any explanations on what this date may mean? Any astrology or anything that relates to may 29? If this is a pattern, should I expect one of my kids to have a child 12 years from today? Should I worry that my son is going to die young?

Also, I'm not religious and I don't believe in hexes or curses, but after I heard the news this morning my first reaction was why today?

"Coincidence is a glimpse into a pattern otherwise hidden."

Very profound, very wise. It is difficult to determine what significance that date of May 29th has on your life and that of your family. However, there is some message being sent, possibly. If this isn't sheer coincidence, then it might be worth trying to decipher the code. I would consult a numerologist and an astrologist, perhaps a person who delves in both circles. You might want to look further into your family's past. Also, do a google search on significant historical events that have happened on May 29th throughout recorded history.

The world has many hidden avenues that most of us aren't aware of. When we come face to face with such concealed connections and doorways, it expands our understanding of what we call Reality.

Are Chance, Entropy and Chaos the power-players in our Reality? Or is there a plan, a destiny... a Design in place? As Einstein pondered about... Does God play dice? Is your connection to May 29th "spooky action at a distance?" --another Einstein-coined phrase involving subatomic particles knowing information about each other regardless of distance and the supposed limitations of the speed of light.

The world is far stranger than we have been conditioned to believe... I hope you find your answers. Good hunting.

Write an note for yourself for May 29 2013, BUY LOTTERY TICKET


I'm a May 29th baby and what I can tell you is this. The vibration is to open your mind, a seeker of truth and a demolisher of lies. It is also a paradigm for the paranormal until you 'get' the message. Life, death and a door opening to the truth. Dispell the lies - that is the strength of the 29. It's a strange thing but I've lived it my whole life.

No person is born to this world without suffering, loss and the joy of loving.

posted on May, 29 2012 @ 09:50 PM
link
It is very unlikely for this to happen but with there being 7 billion people on this planet it is bound to happen to somebody at some point. You are this person, I think it is just a case of you are one in a 7 billion.

Originally posted by RedGoneWILD
GhostLancer - I did wiki significant events and the one that stood out was John F Kennedy's birthday was May 29th, 1917. So maybe we have the Kennedy curse?

RedGoneWILD - Personally, I think that if all of this is nothing more than pure, sheer coincidence, that you are on a very, very special path, and that clues have been provided about a greater destiny. However, our prosaic and confined minds have been conditioned to ignore evidence that there is more to this Reality than meets the eye. You found a nugget: JFK's birthday. Wow. Keep googling, for you are sure to find more. Try more hits, farther down the list of hits. There may be more nuggets. Maybe find a series or a pattern in the years of the events that affected you personally. If you do that, you may be able to extrapolate/predict the next year that something may happen on May 29th.

And if you do, you can attempt to anticipate the unexpected by preparing for it in every way possible within your means (like working out, practicing martial arts, fencing, archery, meditation, reading things that you never would have otherwise (random things like the writings of Robert Frost, Tenneson (sp?), etc.)). You/we don't know what is going to come, but we can sort of hedge our bets by studying and practicing "random" things. Think about it: the Universe, our Reality seems to throw "random" things at us from proverbial Left Field. So, therefore, if we study and/or expose ourselves to things just as random ---things no one would have ever expected us to do/study/learn--- then we keep Reality on its toes.

Somehow, in doing this, we WEAVE A FABRIC that is half us, half reality. I've always believed that Destiny needs help. In other words, you might be destined to do something great, or meet the woman of your dreams, but you won't accomplish it if you sit in your room drinking soda and eating chips. In my theory, Destiny "works" when we take charge and take actions that better ourselves... so when that PRECISE MOMENT ARRIVES, we are ready.

Someone once said that "good luck" is nothing more than preparation meeting opportunity. That is my stance on Destiny.

You now have one year before the next May 29th. How will you take hold of your Destiny? How will you prepare? And, the *important* May 29th may not happen until the next year, or the year after that, or a decade down the road or LONGER. Until then... you have a lifetime of preparation... if you so choose. 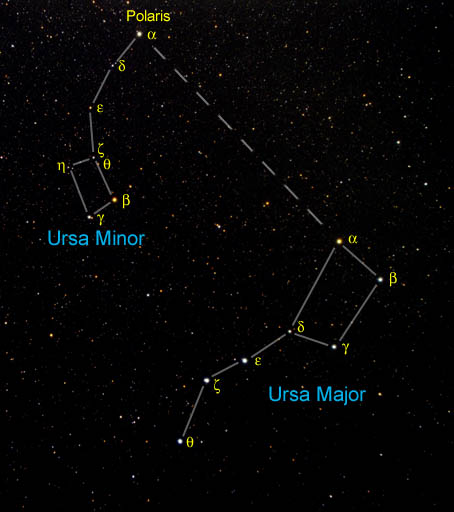 I think the big and little dipper illustrates the idea of that coincidences happen.

So I'm going to have to go with really strange coincidence. There are 7 billion humans on Earth, I'm sure someone else has experienced what you have.


It would be so weird! May is a rather strange month... I'm born in May and my father died the same day of my birth many years later.

So every 12-13 years or so - Neptune moves forward one horoscope sign.

Neptune is the ruler of Pisces.

And no - worry never gained anything for anybody.