posted on May, 23 2012 @ 06:47 PM
link
Nature has still got a lot to show and teach us. It's beauty and intelligence keeps amazing us. From the smallest microbes to insects, plants and even big mammals.
Live examples or fossils, as research continues, everyday new species are being discovered.
I am curious what new life we will find 10-20 years from now.


The realm of living things known to science gained some fascinating new members in the past year.
These include a monkey that sneezes when it rains; a tiny worm discovered nearly a mile below ground; a mushroom that looks more like a sponge and the first night-blooming orchid ever recorded


The list is intended to honor the work of explorers and museum scientists who continue to discover new plants, animals, fungi and microbes.
Its other purpose is not a celebratory one. The list is also intended to highlight the diversity of life on the planet, which is declining due to extinctions.
In fact, scientists have said we are in the midst of the sixth mass extinction event triggered by human activities.

These strange organisms and others made the top 10 list of species described in 2011.


Here are some of them. For more information follow the links below. 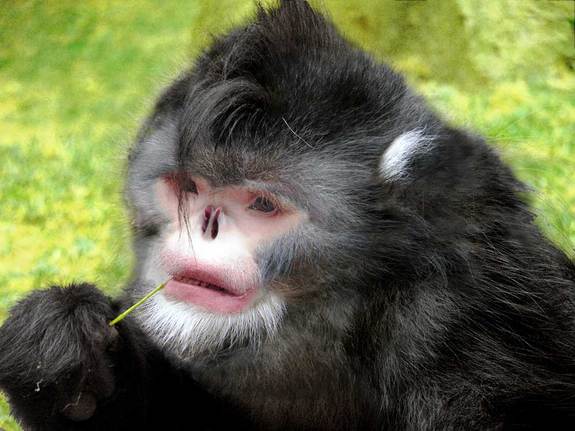 
A previously unknown type of snub-nosed monkey, discovered in northern Myanmar and dubbed Rhinopithecus strykeri, has a nose so upturned that the animals sneeze audibly when it rains.
To avoid inhaling water, the monkeys supposedly sit with their heads tucked between their knees on drizzly days, according to local hunters. 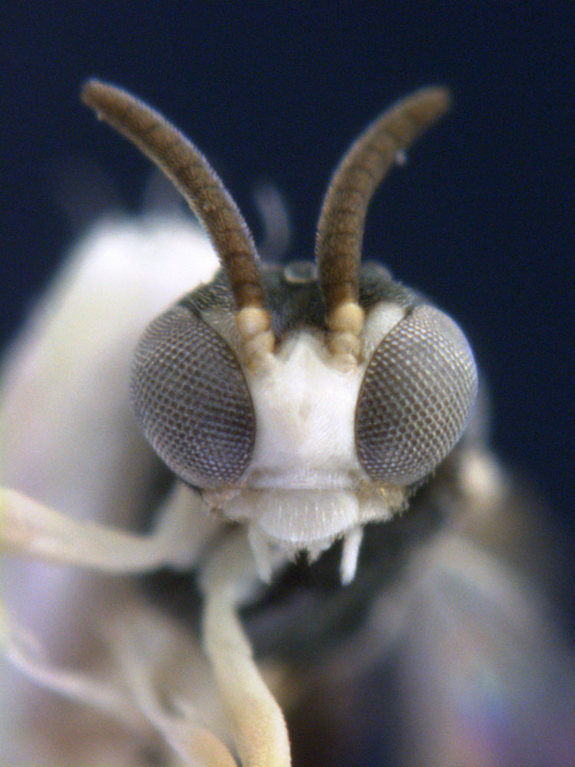 This new species of parasitic wasp cruises at just under a half-inch (1 centimeter) above the ground in Madrid, Spain, in search of its target: other ants.
With a target in sight, the teensy wasp attacks from the air like a tiny dive-bomber, depositing an egg in less than one-20th of a second 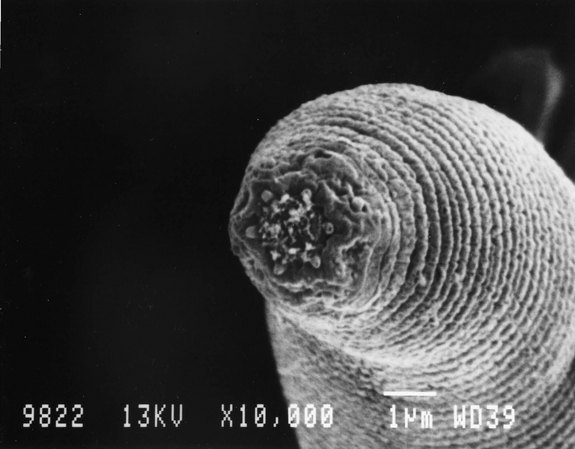 With a length of just 0.02 inches (0.5 millimeters), these tiny nematodes called Devil's worm are the deepest terrestrial multicellular organisms on Earth.
The worms were discovered at a depth of nearly a mile (1.3 kilometers) in a South African gold mine; the species was named Halicephalobus mephisto for the Faust legend of the devil, as the new species must survive immense underground pressure and devilish-hot temperatures.
(Worm is shown here in a scanning electron microscope image.) 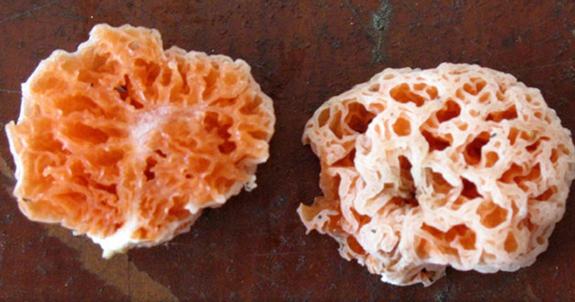 A funky new mushroom species "lives in the rain forest, under a tree," and researchers say it's nearly as strange as its SpongeBob SquarePants namesake.
Shaped like a sea sponge, the bright orange (and sometimes purple) mushroom, Spongiforma squarepantsii, was discovered in the forests of Sarawak, Malaysia, on the island of Borneo. 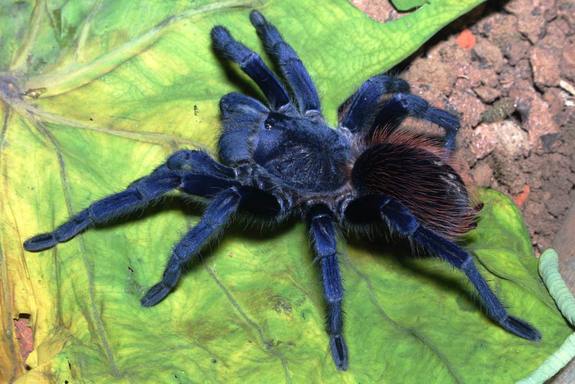 Breathtakingly beautiful, this iridescent hairy blue tarantula is the first new animal species from Brazil to be named on the top 10 list.
Pterinopelma sazimai is not the first or only blue tarantula but truly spectacular and from "island" ecosystems on flattop mountains. 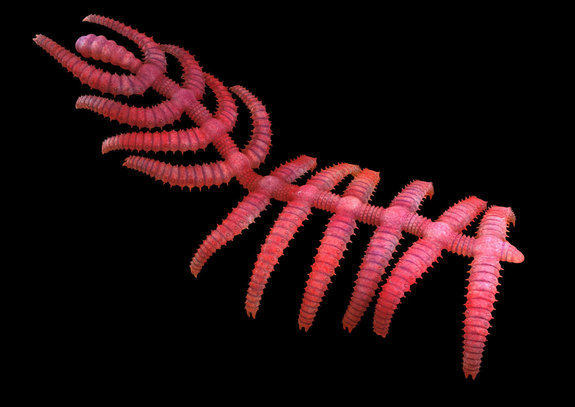 Although this new species looks more like a "walking cactus" than an animal at first glance, Diania cactiformis belongs to an extinct group called the armored Lobopodia, which had wormlike bodies and multiple pairs of legs.
The animal lived about 520 million years ago, with its fossil discovered in southwestern China. 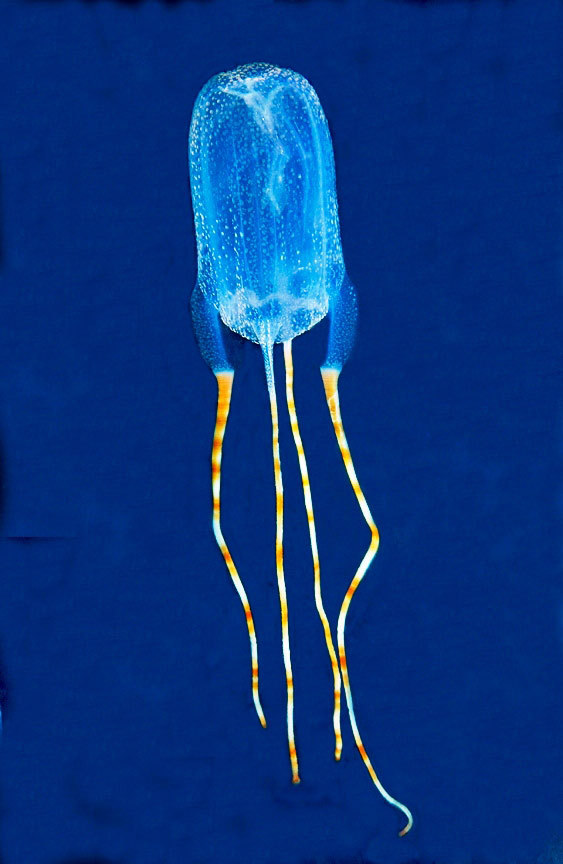 The striking beauty of the Bonaire banded box jellyfish belies its venomous sting.
The jelly was discovered in the waters off the island of Bonaire in the Dutch Caribbean; the species was named Tamoya ohboya by a teacher as part of a citizen science project, with the assumption that someone stung would exclaim "Oh boy!"
The jellyfish is one of a small group of perhaps 50 box-jellyfish species.
Unlike other jellyfish, the box jellies have vision. 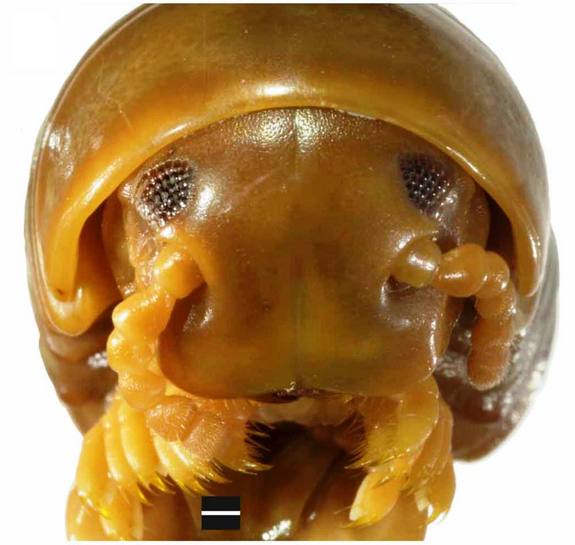 A giant millipede about the length of a sausage bears the common name "wandering leg sausage," which also is at the root of its Latin name: Crurifarcimen vagans.
The species holds a new record as the largest millipede, extending 6.3 inches or 16, found in one of the world's biodiversity hotspots, Tanzania's Eastern Arc Mountains. 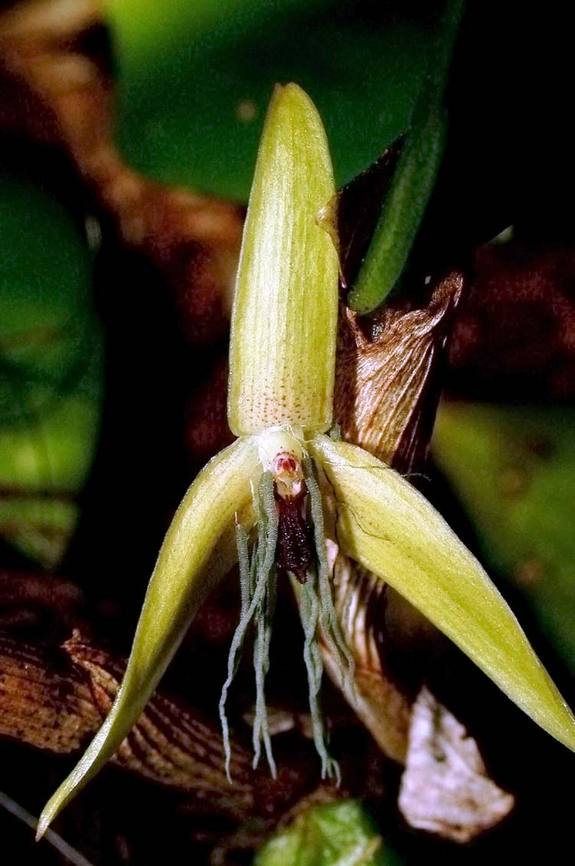 A slender night stalker is one way to describe this rare orchid from Papua New Guinea whose flowers open around 10 p.m. at night and close early the next morning, hence it's common name, night-blooming orchid. Bulbophyllum nocturnum, as it is referred to in its Latin name, is thought to be the first night-blooming orchid recorded among the more than 25,000 known species of orchids.

"The more species we discover, the more amazing the biosphere proves to be, and the better prepared we are to face whatever environmental challenges lie ahead,"
Quentin Wheeler

Here is a link to some other dicovered species of 2011.
11 Amazing New Species Discovered in 2011


Thanks, altough it's just a reconstruction of a found carcass, i agree it's a funny one.
For me, i'd go for the night blooming orchid,
edit on 23-5-2012 by intergalactic fire because: (no reason given)

Originally posted by intergalactic fire
Nature has still got a lot to show and teach us. It's beauty and intelligence keeps amazing us. From the smallest microbes to insects, plants and even big mammals.

I love these types of threads they give me hope. There's one species that should be watched like a hawk though... 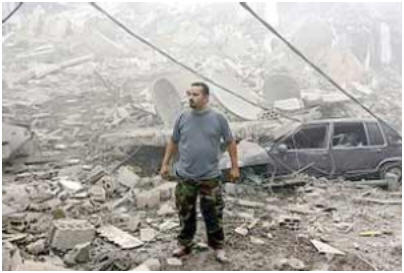 There's one species that should be watched like a hawk though...


You got that right,... Modern man
Never stops amazing me


Great vid, though i would put different music unto it, but still ok, there is much worse.
If i'm right this is from the series 'private life of plants'.
One to watch for sure for those who are not familiar with.

One was born comfortable in it's own skin, how it looks and with who it was.

What do you mean by that post?
Did M.J. sneezed a lot when it rained?
Or is it more like 'find the differences in the pictures'?


I'm glad I did a search...I was about to post the same information and pictures. Nice find!

...a little "bump" to get this thread some more attention.