Anyway, over at Russian Science forum, a member there reportedly found the bug used in Grebennikov's anti-gravity platform. The bug was seen to be hopping out of the water, and then opening it's wings to take flight. The initial "hopping" out of the water, was seen as something similar to what Grebennikov mentioned in his books.

So the bug seems to be simply a water beetle of the Dytiscidae genus and the part of the bug that has anti-gravity features, are the elytra, or the outer two wing covers, and not the actual wings.

In the following link, are quite a few videos showing the odd behavior of the two elytra when they are placed near each other. On one of the vids, entitled "Video Elitre 5", the one elytra seems to hover above the other one for a 5-6 seconds, and you can see odd behavior of objects around the experiments some of the vids. (Warning! The site is in Italian. You can use google translator to see what they're saying about it"
link

Videos in link. If someone can embed them, i'm only familiar with youtube embedding, and these vids seem to use another program. Or at least embed the video entitled "Video Elitre 5."

Also here's a link on Grebennikov's anti-grav platform and studies on this bug:
Anti-Grav platform

Next step, find some water beetles and experiment with the Elytra and examine the properties of the surface.


We can not guarantee that the videos are real and not counterfeit. The quality of the mp4 file received is bad, they were probably shot with a cell phone. It seems a bug has been identified whose elytra occur the same phenomena observed by Grebennikov. In the pictures you can see the magnification of the surface of the elytra. In a future report will examine the allegation made by an alleged witness (he was 7 years old when he witnessed a demonstration of the same VSG), showing the construction scheme described by this individual. The insect would be a water beetle, perhaps a copy of File history adult. Who created the video describes the behavior of these insects, they leap out of the water before falling into taking flight.

Only one way to find out. Source some of these elytra and see if we can reproduce the effect.


I've been reading some of the comments on the page.
And there could be some sort of acoustic levitation going on due to the structure of the bugs shell.

Whenever I see a beetle flying there's always that humm. maybe there's more to it than just the wings flapping.

A lot of what he had written there is very hard to believe. The insects disappearing from sealed glass tubes is particularly hard to swallow.


Yea i just brushed it off years ago as "slight possibility". However, now w the vids on the italian page, we can clearly see that one of those wings is levitating over the other. Whether its a hoax or not depends on replicating the experiment itself. Those vids are quite impressive if true

From the second link you provided about Mr. Victor S. Grebennikov I found the following picture very interesting. It looks like his anti gravity platform actually works. In the picture it looks like he's standing on his platform in the middle of the street levitating. 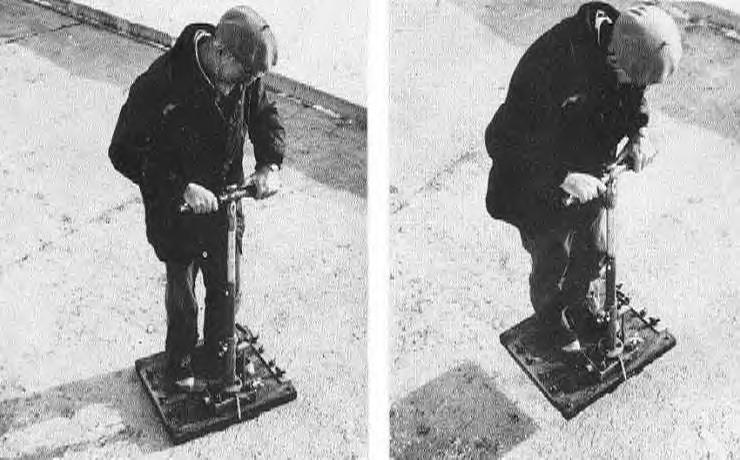 I wish I had one of those

Originally posted by JustBreathe11
I wish I had one of those


Originally posted by JustBreathe11
I wish I had one of those

Quite true. In response to the videos they behave exactly like magnets would. Clearly a hoax.

posted on May, 15 2012 @ 04:30 AM
link
If I invented an anti gravity platform, I'd photograph/video in colour and high definition. It would be a massive breakthrough and people should be able to see it in detail.

Also, that way people wouldn't be able to say things like "A lot could be hidden in black and white low resolution footage".

posted on May, 15 2012 @ 10:54 AM
link
I think the the only possible answer to this thread is that all bias and assumption should be withheld until a third party can get a hold of water beetle elytra, record the experiments, and post them here.

Everything else is assumptions

posted on Jun, 21 2012 @ 02:35 PM
link
I just wanted to bump this thread, because I still think, months later, that there is something to this. Instead of a bunch of people assuming that this is impossible, if someone has access to a lake or pond and can scoop out a water people and test for themselves and maybe post a video of it here.

This could give us possible ant-gravity tech by studying and recreating the structures of the Bug Chitin.

Here's a recent video I discovered of a dead Bee showing similar effects. Note* that there is no strings attached. It seems to be some sort of gravity or static effect. I really do think there is something to this: