ambassador Susan Rice told reporters after a Security Council briefing by UN-Arab League envoy Kofi Annan.
"The United States remains focused on increasing the pressure on the Assad regime and on Assad himself to step down," Rice said.
"We support international efforts to broker a political solution that ends the violence and facilitates a genuine political transition."

posted on May, 9 2012 @ 01:50 PM
link
So even though actual violence has been decreasing in Syria, the U.S. is pushing for regime change. Evidently, that's the goal.

Meanwhile, the U.S. is supplying and helping the rebels:

"We are increasing our support to unify and strengthen the opposition through non-lethal assistance."

The United States has said it is already giving the Syrian opposition logistical and communications help, but it has shied away from providing arms.
US-Syria-Aid


Also, in the Reuters article,


Syrian U.N. envoy Bashar Ja'afari also spoke of a "positive trend on the ground" and blamed foreign powers for the violence.

Ja'afari displayed a CD that he said contained 26 confessions from Arabs who were caught in Syria and had come from Libya, Tunisia and elsewhere through Turkey and Lebanon "to perpetrate terrorist acts in Syria." He said another 15 foreign fighters had been killed by Syrian security forces.

The Syrian ambassador urged Saudi Arabia, Qatar and Turkey to stop "their sponsorship of the armed rebellion."


Foreign fighters with foreign weapons doing destructive acts in Syria is a good reason for U.S. to do the regime-change thing to Assad? I don't think so.

If the US were interested in actual peace wouldn't they be using all that technology to stop the inflow of foreign fighters rather than supplying them?


Its about time we started calling these politicians out for what they are. International terrorists.

Rice is a terrorist. She should be arrested. 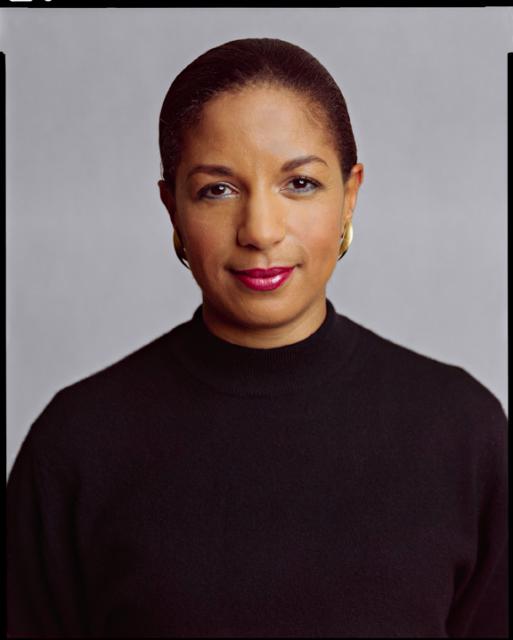 This woman is a terrorist.
edit on 9-5-2012 by Germanicus because: (no reason given)


Susan Rice
At the time of the 1994 Rwandan Genocide, Rice reportedly said, "If we use the word 'genocide' and are seen as doing nothing, what will be the effect on the November [congressional] election?" Rice subsequently acknowledged the mistakes made at the time and felt that a debt needed repaying.[19]

The inability or failure of the Clinton administration to do anything about the genocide would inform her later views on possible military interventions.[20] She would later say of the experience: "I swore to myself that if I ever faced such a crisis again, I would come down on the side of dramatic action, going down in flames if that was required."[21]

What? Isn't that a bit Schizoid? I'd say so. Evidently that is how to get ahead in U.S. politics.