The author of this article is relating Obama's new fictional cartoon girlfriend as a Statist policy which shows extreme dependence on the "State".

Why not appeal to age groups most likely to vote ?
Unless of course they assume the voters have a comic book and cartoon mentality.

Very strange. Is this the best they can come up with ?


In the competition for the creepiest campaign material of 2012, we may already have a winner. It is “The Life of Julia,” the Obama reelection team’s cartoon chronicle of a fictional woman who is dependent on government at every step of her life.

The phrase “cradle-to-grave welfare state” originated with Clement Attlee’s socialist government in post–World War II Britain. Back then, it was meant as a boastful description of a new age of government activism. Subsequently, it became a term of derision for critics of an overweening government. In the spirit of Attlee, the Obama campaign revives the concept of “cradle to grave” as it highlights Obama-supported programs that take care of Julia from age 3 to her retirement at age 67.

Julia begins her interaction with the welfare state as a little tot through the pre-kindergarten program Head Start. She then proceeds through all of life’s important phases, not Shakespeare’s progression from “mewling and puking” infant to “second childishness and mere oblivion,” but the Health and Human Services and Education Departments version: a Pell grant (age 18), surgery on insurance coverage guaranteed by Obamacare (22), a job where she can sue her employers for more pay thanks to the Lilly Ledbetter Fair Pay Act (23), free contraception (27), a Small Business Administration loan (42) and, finally, Medicare (65) and Social Security (67). (In a sci-fi touch, these entitlements are presumed to be blissfully unchanged sometime off in the 2070s.)


Is this called the "Julia" syndrome ?

'The Life of Julia' - Slideshow has Obama President Forever ! 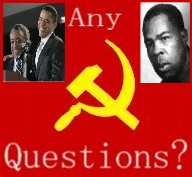 Because nearly everything that is in it is already implemented and has been for years, other than the fascist Obamacare.

Or is this a complex anathema that I am simply incapable of comprehending?

I shall look to the glass at the end of this bottle for an answer.

posted on May, 5 2012 @ 08:30 AM
link
Is this different than St Reagan's mythical Welfare Queen who has affected right wing politics for 50 years??