cyber expert David Chalk says that a complete and catastrophic failure of the entire smart energy grid is definitely going to occur within the next three years, and that few are aware of this.

"We're in a state of crisis," says Chalk. "The front door is open and there is no lock to be had. There is not a power meter or device on the grid that is protected from hacking -- if not already infected -- with some sort of trojan horse that can cause the grid to be shut down or completely annihilated."

posted on May, 4 2012 @ 09:23 AM
link
How can we be so stupid? Seriously... This is just plain common sense. Below is a segment of an upcoming documentary outlining the problems with the smart grid that is being implemented across the world.

"Unless we wake up and realize what we're doing, there is 100 percent certainty of total catastrophic failure of the entire power infrastructure within three years," adds Chalk. "This could actually be worse than a nuclear war, because it would happen everywhere. How governments and utilities are blindly merging the power grid with the Internet, and effectively without any protection, is insanity at its finest."

www.naturalnews.com
(visit the link for the full news article)

What was all that about?

So you like your bandwidth, to the detriment of your existence? Couldn't quite understand you.

His online movie to scare people is non-profit

Amazingly, he just happens to have a patented solution to the problem that I'm sure he gives away for free as well.

Decision Zone is a game changing patented technology that monitors network and systems infrastructures “LIVE” to detect and stop anomalies that allow Cyber Intrusion and cause Business Failure.

And, you can hire him to speak at your next conference, for free, I assume.

David has a reputation for delivering one-of-a-kind, inspirational and transformational talks that leave an indelible impression on each of his audiences. He is asked to speak at and on behalf of companies and organizations around the world and has booked over 300 corporate engagements to-date.

posted on May, 4 2012 @ 10:22 AM
link
Here we have a beautiful example of a self defeating system. The governments of the UK and US have both been pushing smarter electrical distribution for a few years now, with companies installing clever little meters that tell you how much you are spending on electrical power and so on, by the hour, with real time updates.

This system, advocated by both the energy companies and the government, will soon collapse, and the only safe, and secure replacement will be isolated solar panel systems without hardline connection a central source. Stuffing themselves up is what they are doing.


Good points. Still, we've got to comprehend the real pitfalls of a cyber electric grid.

The information on this site is provided for educational and entertainment purposes only.


I agree with the concern about the issue.

And, the guy is pretty smart...

He actually got 176 concerned people so far to donate and help him pay for the expenses for the making of his marketing video.

No, it couldn't. I would much rather have the grid fail then an all out nuclear war. If it were a nuclear war, the grid would get taken out anyway, and land would be annihilated.


No, it couldn't. I would much rather have the grid fail then an all out nuclear war. If it were a nuclear war, the grid would get taken out anyway, and land would be annihilated.

If the grid were taken out, that means no more power to run cooling pumps at 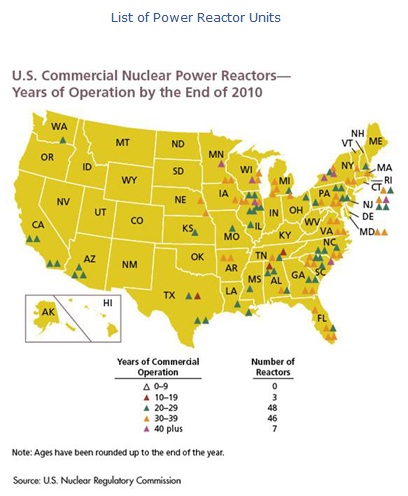 What happens when you cannot cool that which needs cooling?

A total grid shutdown, depending on how long it lasted (yes nuclear power plants have fuel and generators on site for back up cooling should they loose power, but that is finite), could result in effects similar to a nuclear war without the damage of the blasts, only the fallout...

Actually, the experts were pretty sure that 1-1-2000 was going to be a much smaller event, if nothing at all, by the time it was about to roll around. The problems were fixed, as was quite obvious, in time.

I remember buying software to repair my computer a few months in advance, and it did the trick. (not that I wasn't following the fear-mongering heavily, and read Gary North a lot! What can I say, I belong on ATS)

That said, a fully internet driven electric grid seems to have the large possibility of cyber terrorism issues. That is real.

Agenda 21 Starring an EMP Near You-

I like morningmayan. She has something to say here about how we need to fix the grid, strengthen it, and even how to possibly fund it, take away the paid for coffee given to our Government Workers, for example.

posted on May, 4 2012 @ 03:29 PM
link
if they turned off my meter by hacking i'd just do the sensible thing and invest in some thick rubber gloves and just bypass the meter and connect the grid directly to the consumer unit but then again i'm reasonably competent with electrics but i wouldnt want my parents trying the same

Originally posted by emberscott
It wardrives the world.. sniff sniff snort snort. It discovers ... oh my. It Ddos my house. I has candles. I hates google.

Am I the only one that found this insanely hilarious?

Anyways, this should be a central focus of the DHS. If it isn't rectified, China's hacking cells will have a field day with our electrical grids.

posted on May, 4 2012 @ 07:06 PM
link
I have thought about this ever since the last Die Hard movie...lol. It is true that there is no protection on these networks. All it would take is for a "hacker", who doesn't even have malicious intent, to do what hackers do and spread information freely, which would entice those with questionable ethics to start toying with these systems, networks, and grids. Any system can be broken, for the most part, if it is connected to a network of other systems, because there is actually a link that can be established between the cracker and the target system.

Security has developed greatly for computers and networks because the white hats try to stay ahead of the black hats by being the first to identify vulnerabilities and patching them...But in this case, there is no one there to do this...No one to "fix" or patch the system. So once the floodgates open, there will be a huge scramble by companies and governments to put some kind of defense network in place.

I am hypothesizing that we will witness the birth of an entirely new industry involving security. So after the system is cracked there will be a lapse of time before it is fixed, if ever, and that is when the population will suffer. There ARE people out there who would love to bring the grid down, just to do it, so hoping it won't happen is not an option.

posted on May, 4 2012 @ 07:17 PM
link
I promise you that our grid will fail. I do construction work and in many of the plants that are proposed right now for construction, The connection agreement is usually the hold up because the existing grid is so old and in disrepair that no one knows if it can handle the new energy sources.

Just as our bridges, sewer,and water systems are. Not to mention our highways that provide most of the goods we are all accustom to. This is one of the reasons the goverments epic waste of tax money makes me so mad. We are truely rotting slowly away.