Object Seen Passing in Front of Moon: Series of Photos

posted on May, 2 2012 @ 01:20 AM
link
I took these photographs awhile ago, and as I recall I was going to post them immediately, but the uploader wasn't operational at the time. At any rate, these were taken on 9/15/11. The times of each photo are as follows:
9:00:10 PM
9:00:37 PM
9:00:53 PM
9:01:00 PM
9:01:09 PM
9:01:19 PM
9:01:27 PM
9:01:31 PM
I had gone out to my deck to snap some pics of the moon, because it had a cool hazy halo around it. It was low in the eastern sky, and as listed above, it was around 9:00pm. Unfortunately I don't have any snazzy zoom lens or such, and I was experimenting with the settings to try to make the best of my shots. After the first photo, I checked it in the viewfinder and noticed a black mark on it. I thought it was a blemish, but as I looked up at the moon, I saw a perfectly dark, black line moving "over and across" the moon. Apologies for the inconsistent tone and quality, but I was altering the settings to try to capture the best image, while taking them as fast as possible. Scroll to the right a bit. The first photo has a blue/gray cloud in front of the moon, which is not the line I speak of. Also, apologies for the power lines, but no way to avoid them.

ETA: Although the line is complete and unbroken, this is not visible in the pics. But this line passed very darkly and consistently across the entire thing, not just at either end as it appears in the pics. I first caught it as it was just starting to cross into the moon's light. 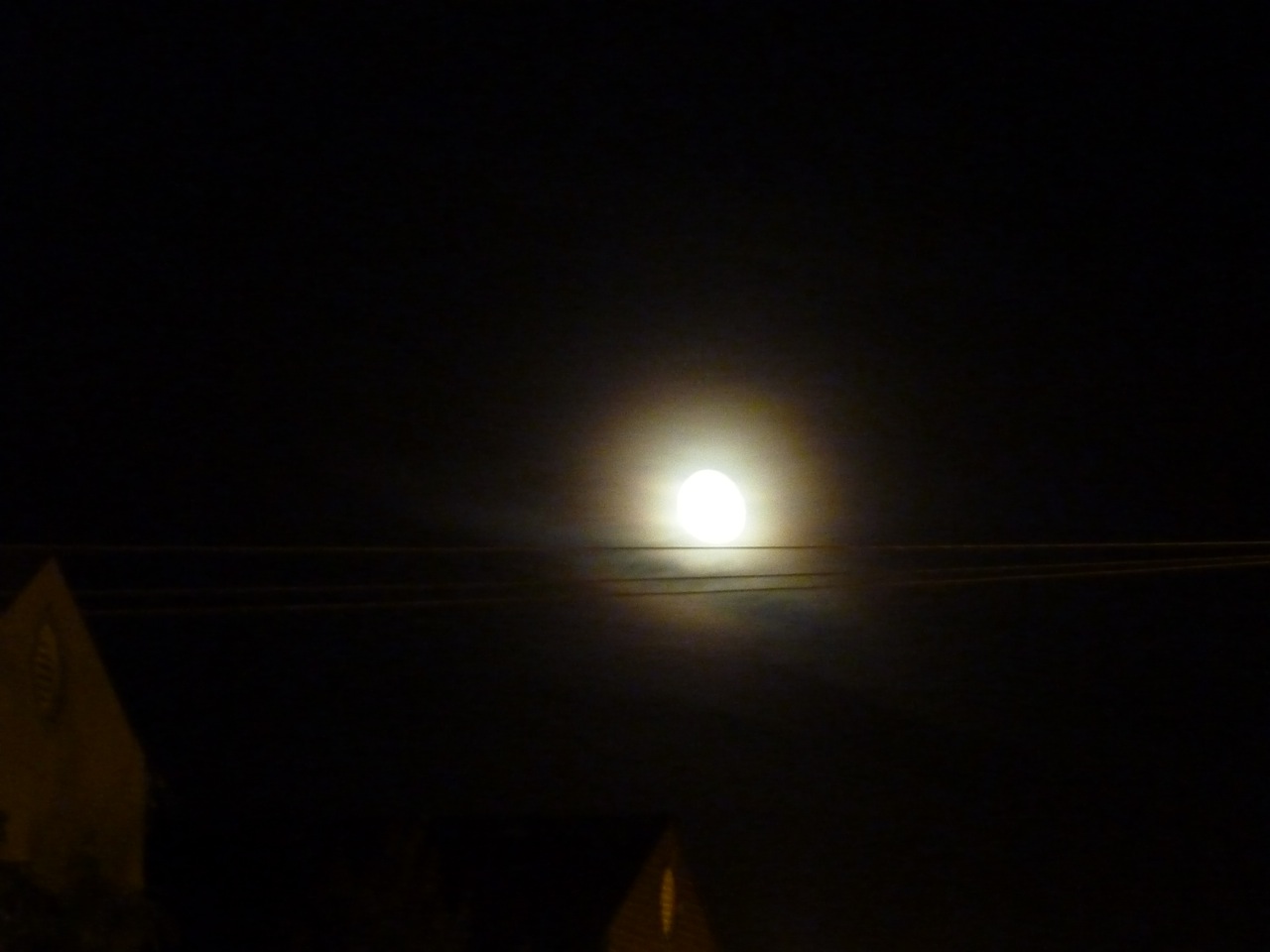 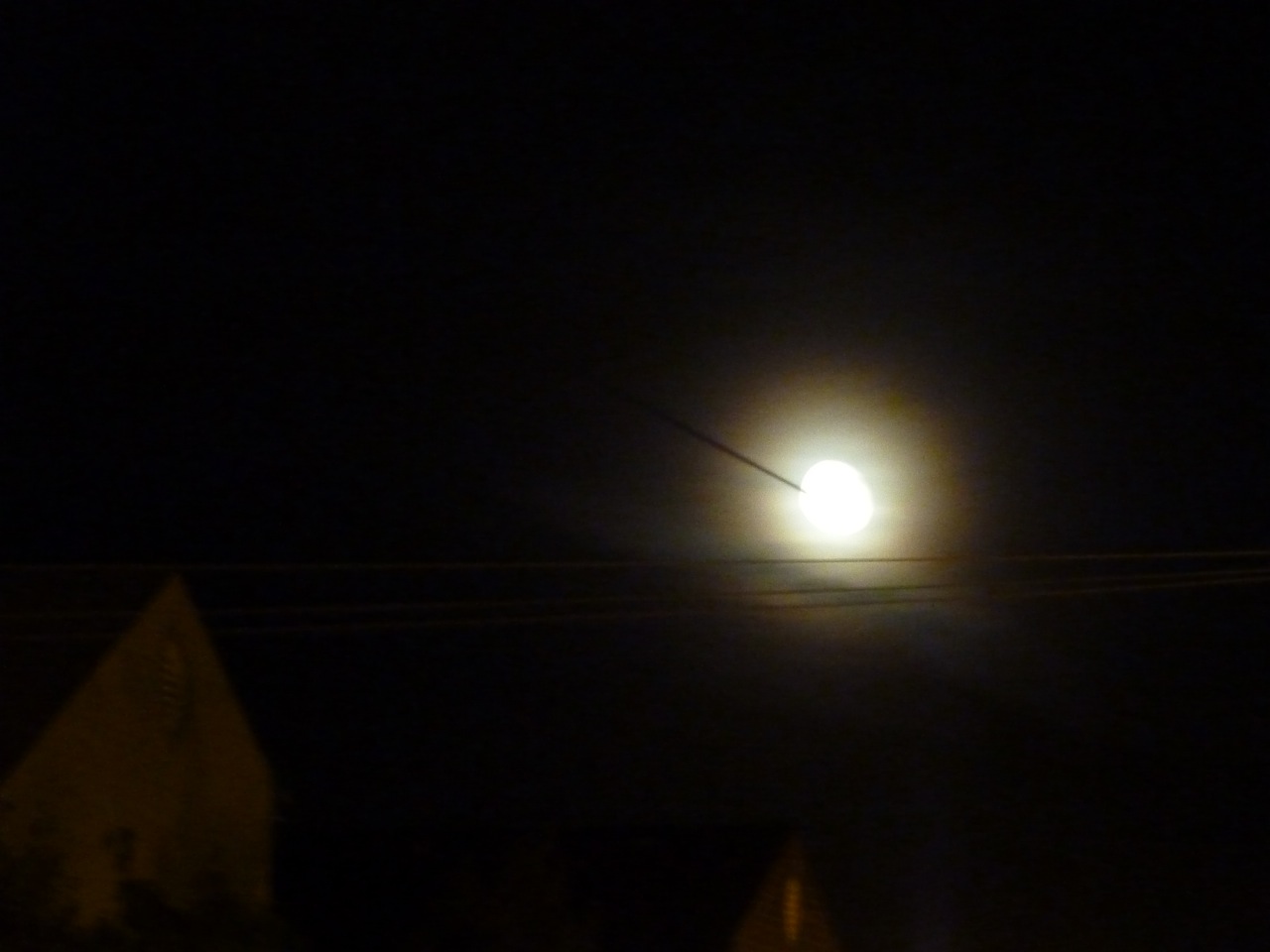 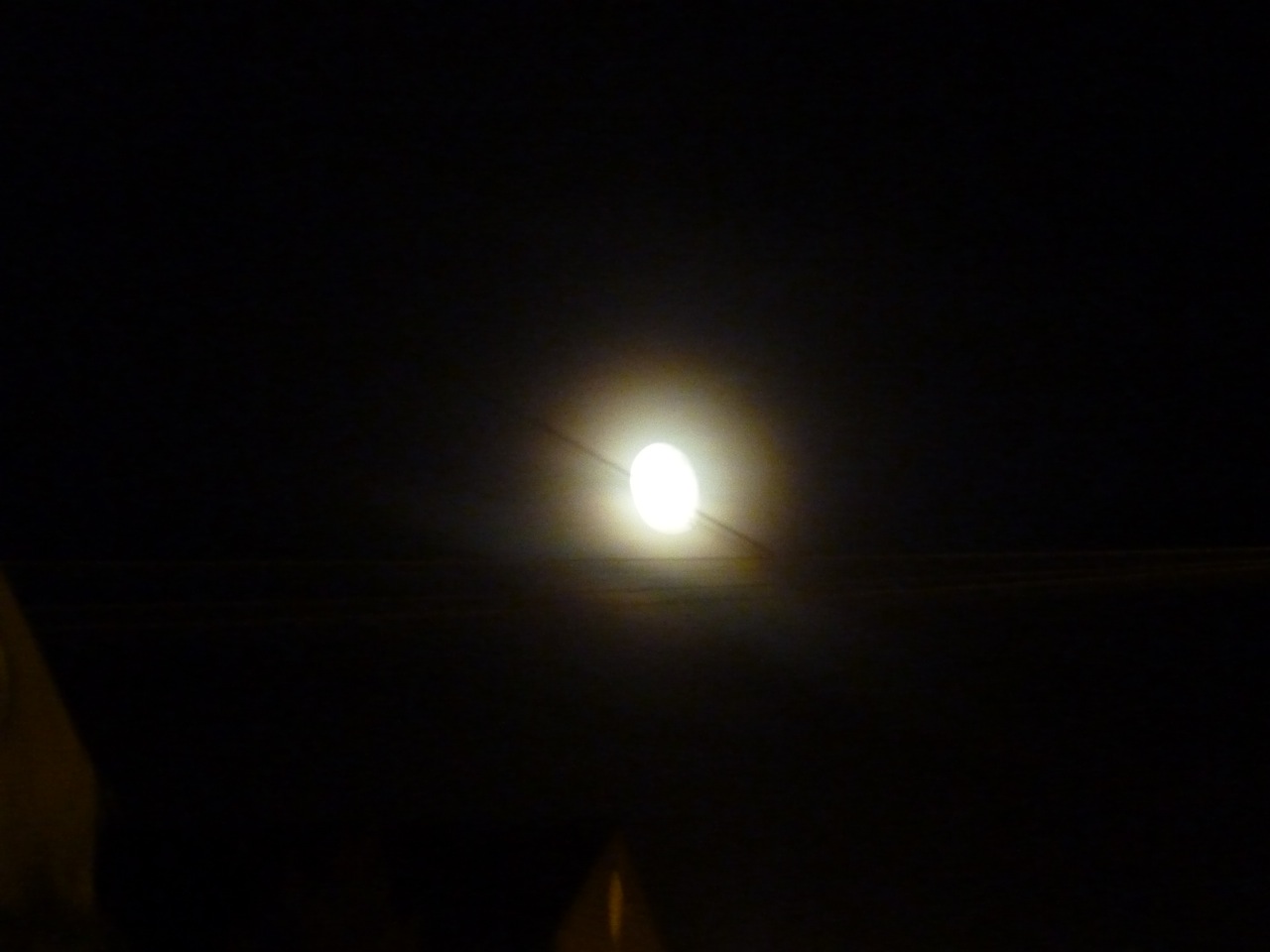 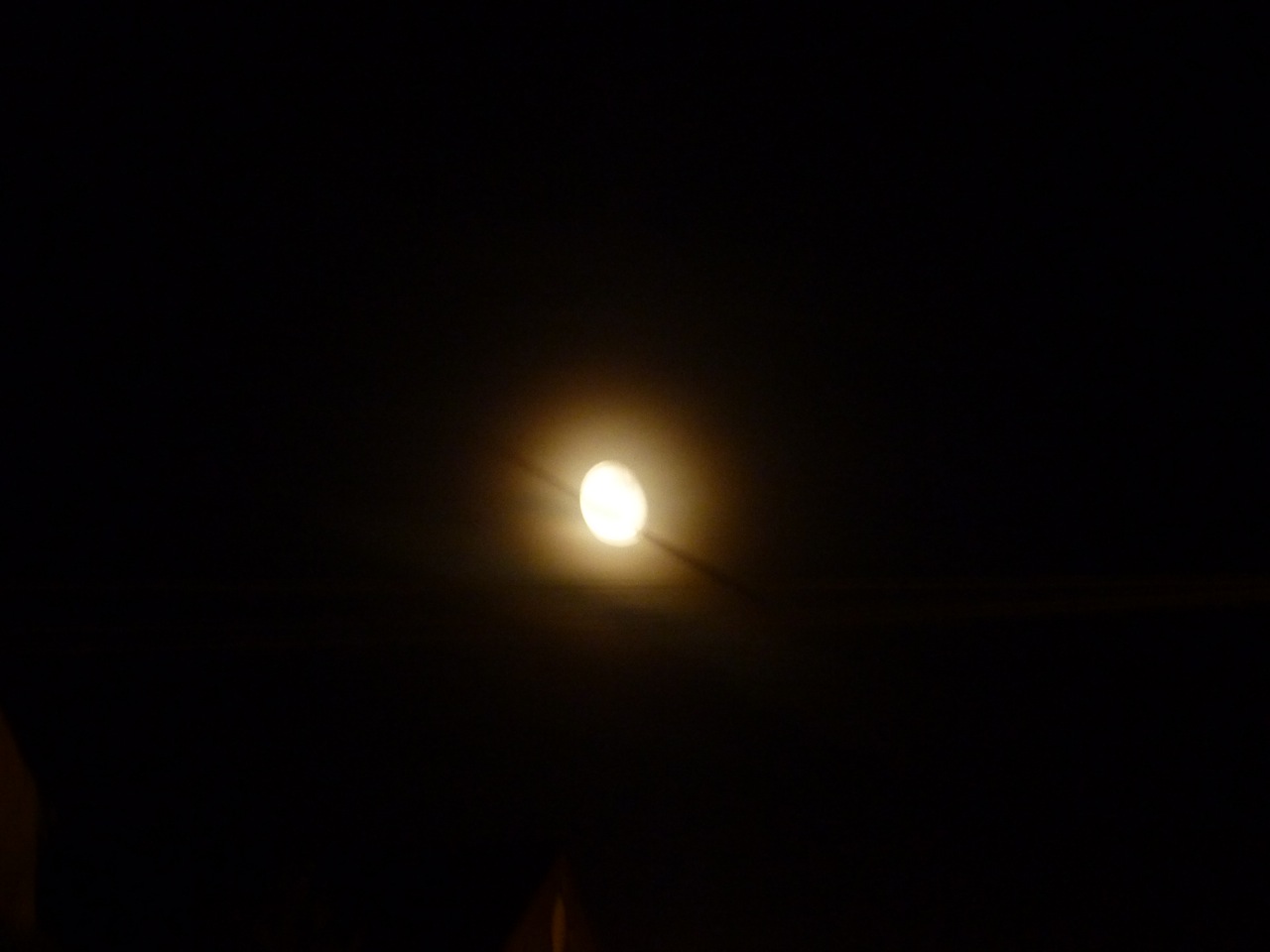 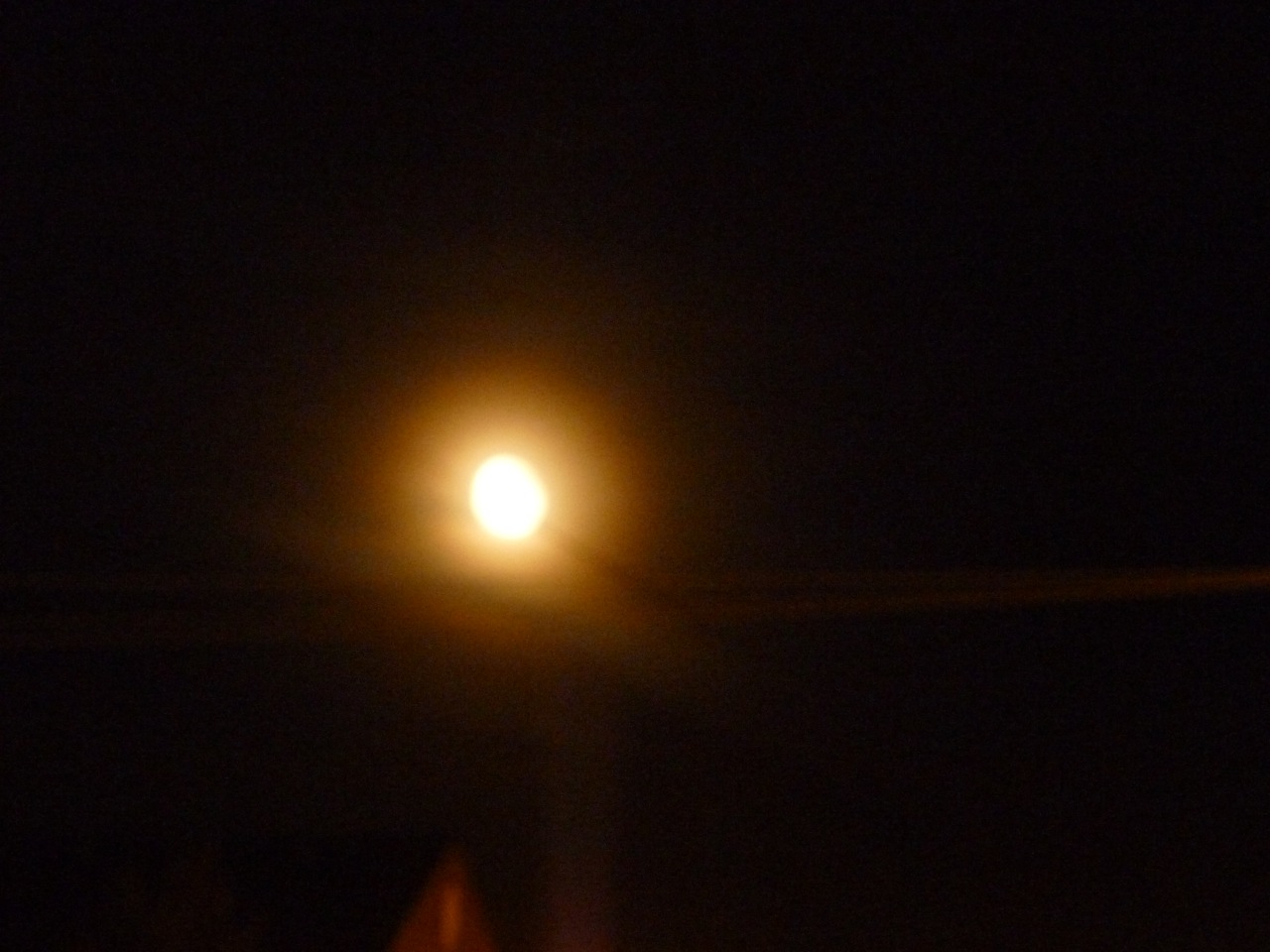 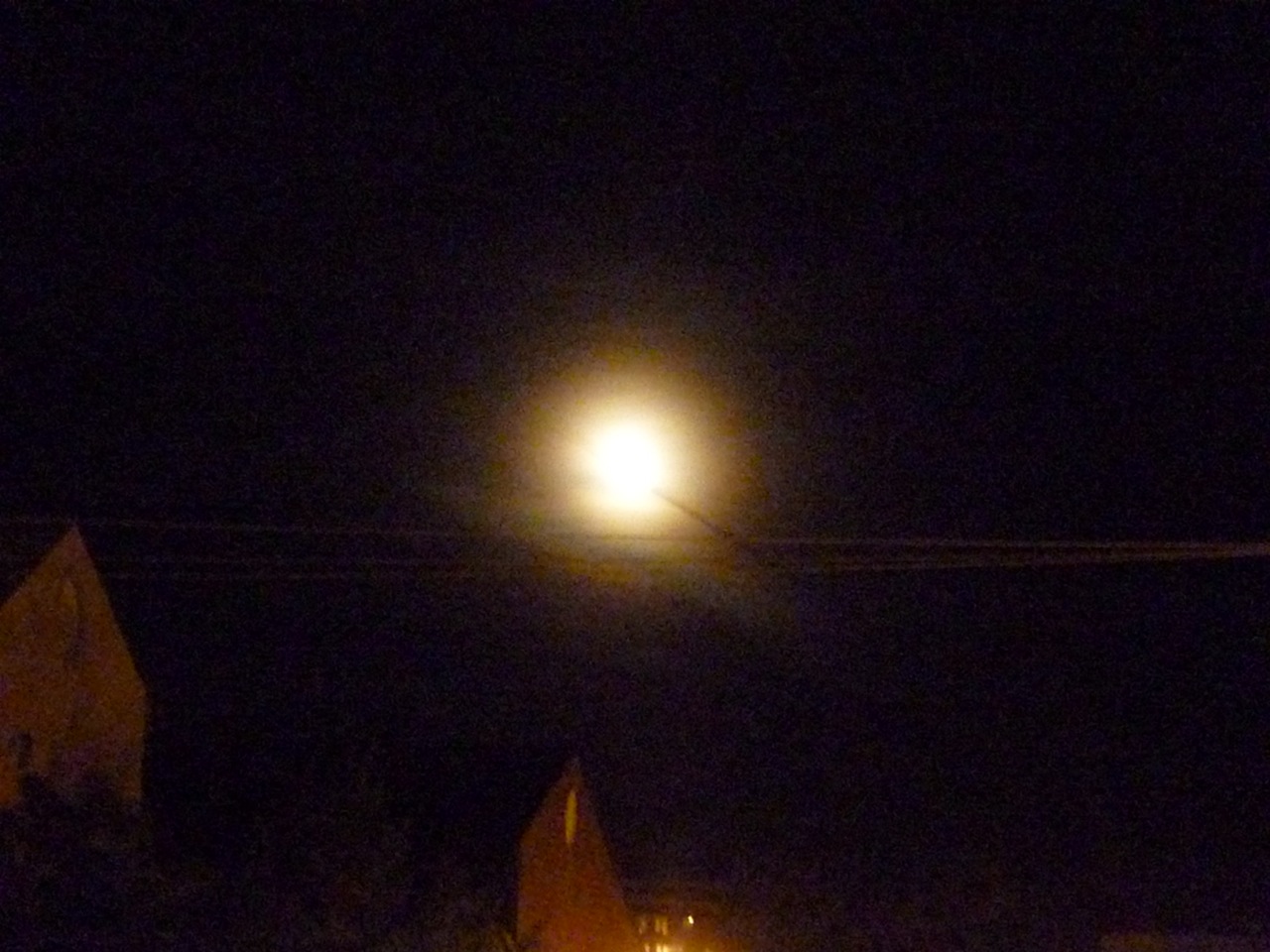 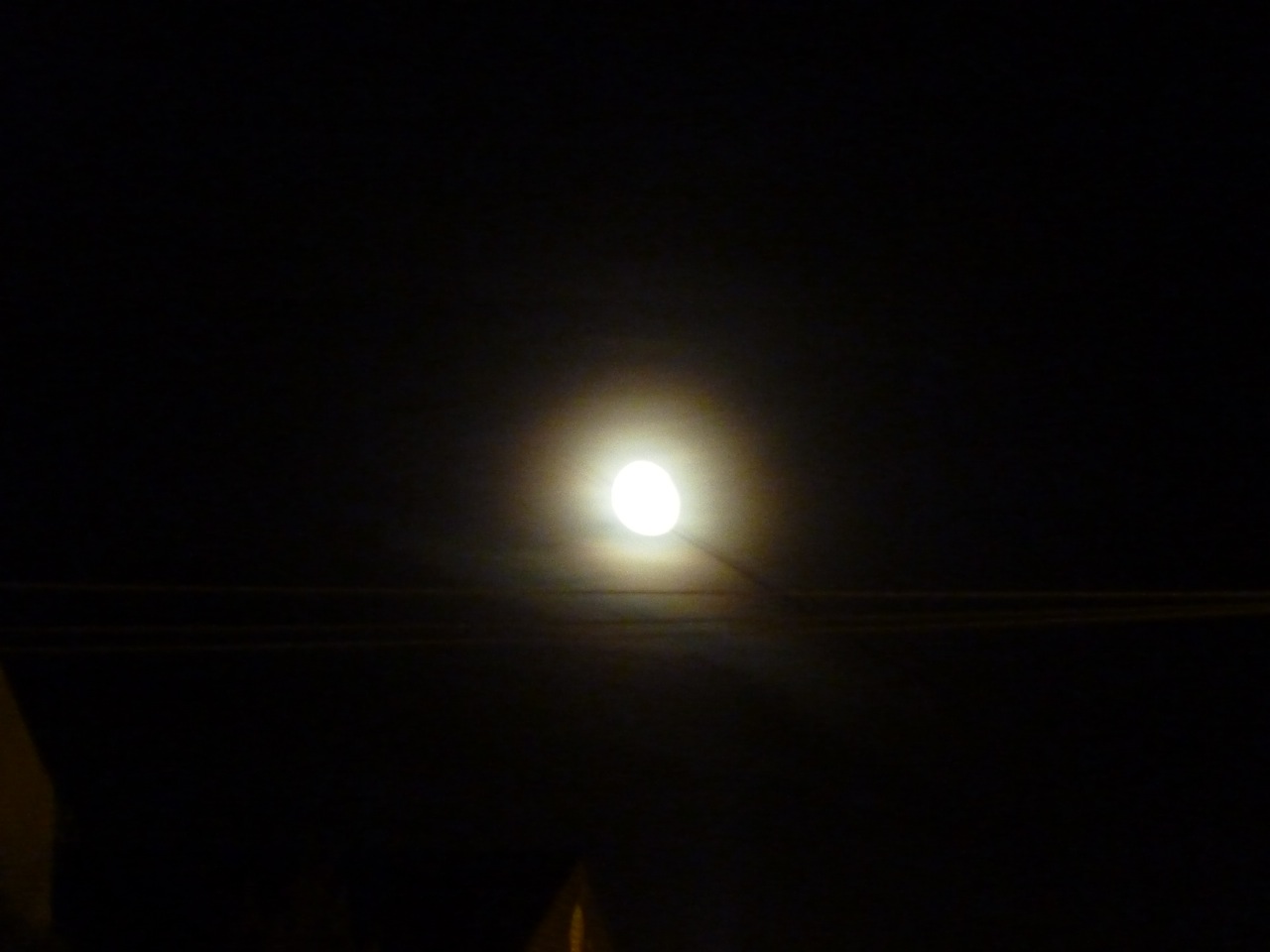 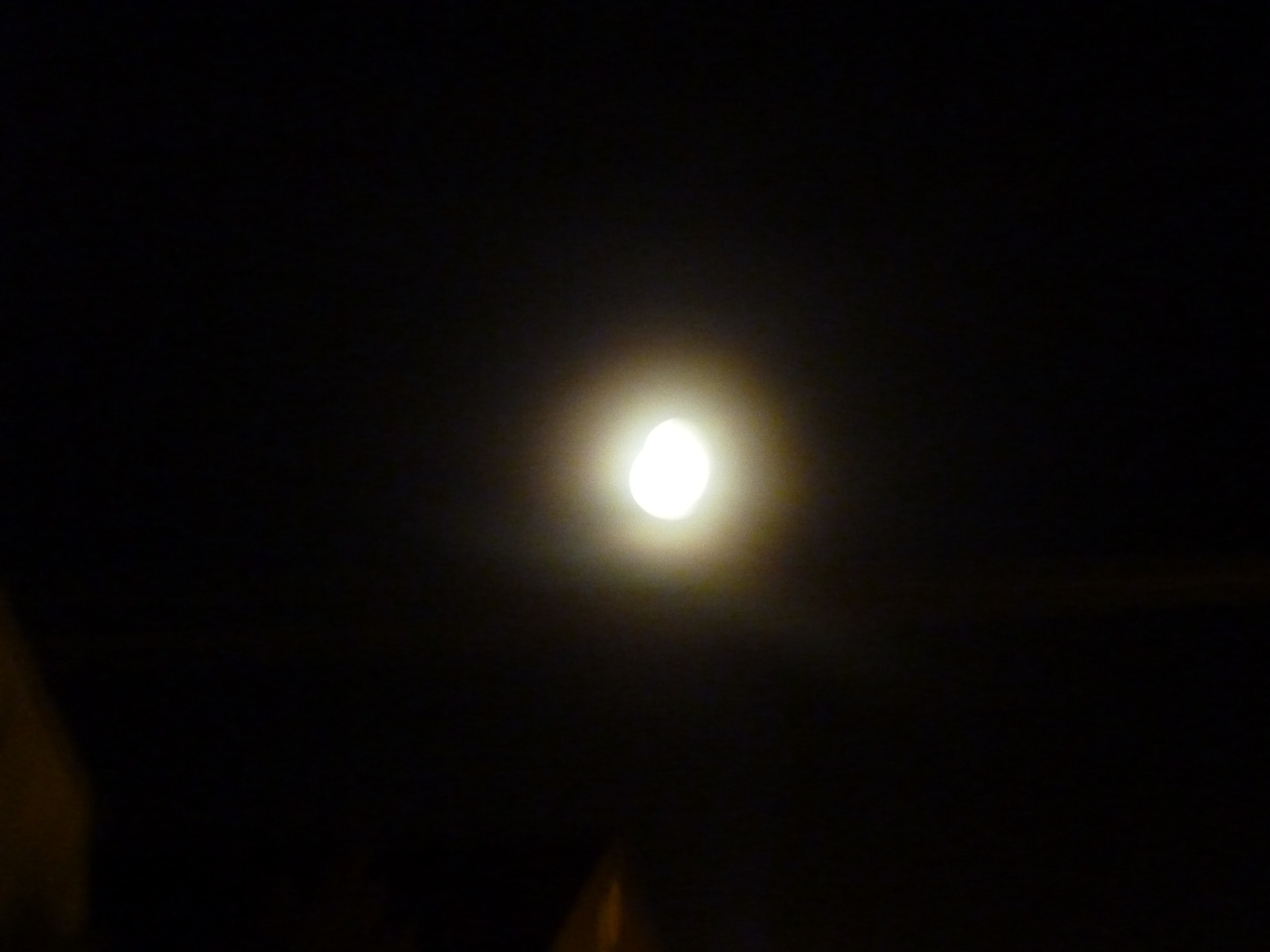 Most likely this is a contrail, but I have never seen a "black" one before... always white or light-colored. And it was so saturated, as if someone was drawing with a sharpie. Anyway, I thought this was pretty cool, if only for the reason that I just happened to be taking pictures right at that moment, and it's the only time in my lifetime that I've actually seen something pass in front of the moon like that (I'm using "pass in front" lightly as I know it's a matter of perspective).

So, nothing earth shattering, but I thought I'd share!
edit on 5/2/2012 by HolographicPrincipal because: (no reason given)

Hey, great pics! I note you're not presenting this as a UFO or alien invasion or the like, just curious what it is...I hope no one assumes more. lol

What great timing to be set up and able to capture that sequence though. Hopefully I can have mine at the right time for something equally interesting for my personal stock

You can call them strange contrails if you like.
I call them milky vitamin love goodness streaks.

Is it possible that the contrail from the port engine is casting a shadow on to the starboard engines contrail?

Otherwise I would be inclined to think that the aircraft engines are getting old and the oil seals are 'on their way out'. This will produce a bluey/black exhaust, but it is very unlikely on any plane flown in a western country.


Oh, did I fail to mention the large blob-like beings that fell from the sky afterward?

RUN FOR YOUR LIVES!

These were filmed from a telescope i think.

Sorry i dont know what the embed code is

Like them to explain the laser through the moon photo.

We all know some will say it's debris going faster then superman.
edit on 2-5-2012 by Manhater because: (no reason given)

posted on May, 2 2012 @ 02:14 AM
link
Contrails at night. The blue cloud captured in the first frame is a older contrail. It's the same thing that happens during the day but at night it looks weird until you see it again and again.
edit on 5/2/2012 by staple because: (no reason given)

would be much better in video analysis.

Apparently not. Look at the first three images.

posted on May, 2 2012 @ 02:58 AM
link
Just to clarify:
1. As I said in initial post.... Apologies for the differences in picture quality. I was shooting them with different auto settings to try to get the best image.

2. Yes, the moon is usually round. The odd shape it is taking on in the photos is partly distortion, (most likely because my lens is crap and camera wasn't on tripod) and partly because if I recall the moon was not full.

3. Yes, there are indeed telegraph wires in the pics, as I prefaced in my post. The line I am pointing out is not a telegraph wire.

4. The splitting of the line is distortion/overexposure from the camera. As I have already mentioned, the line passed unbroken in front of the moon, but because of the brightness of the moon/ bad exposure, it does not show up. Unfortunate, but nothing I can do about it after the fact.

5. Yes, I could have stated that it is an airplane contrail in the heading if I knew what it was, but since I have no way of confirming that as fact, I will stand by my use of "object". I have never seen this phenomena before.

6. Like I said. My camera is not professional and I wish I had been able to take crystal clear, evenly exposed images. Please remember that this was an unexpected even and I just happened to be taking pics at the time this occurred. Yes, movie would have been better, but if you will note the times I listed, this happened pretty quickly. By the time I set up the video I would have missed it altogether.

7. I'm pretty sure that when this occurred, as the line was "fading" it expanded outward a bit but was not split into two lines as shown. I think that is a product of the exposure/stability of the camera.
edit on 5/2/2012 by HolographicPrincipal because: Add number 7


Ummmm. Most days out of a month? NOT perfectly round
(but I get what you are saying)

Originally posted by staple
Contrails at night. The blue cloud captured in the first frame is a older contrail. It's the same thing that happens during the day but at night it looks weird until you see it again and again.
edit on 5/2/2012 by staple because: (no reason given)

With contrails in your eyes, as the moon she arise,
it's a chemtrail.

with the moon all a blur, you just have to concur,
it's a chemtrail.

And if people should say, a chemtrail? No way!
they're a gov. shill...


When the moon hits your eye like a big pizza pie,
that's obviously a chemtrail.

I saw something like this tonight, which is how/why I found this post. Except like I said, it was only LIKE this. I saw a faded black, thick line. It wasn't whispy at all, and I did not see it with binoculars, rather with my own eyes. It did not break when it passed vertically over the moon, and it traveled north. I wish I could have gotten a picture of it. But it definitely was NOT a jet stream and definitely not like a chemtrail. Nothing like these. I can't explain it, and I can't find any pictures on the internet anything like the line I saw.