Obama in Afghanistan on surprise trip

President Barack Obama has landed in Afghanistan and arrived at the presidential palace in Kabul, where he will sign a Strategic Partnership agreement with the Afghan government on the one-year anniversary of the killing of Osama bin Laden.

"President Barack Obama is in Afghanistan for a whirlwind visit that will culminate in a live, televised address to the American people," a White House pool report said Tuesday.

As this blog and others discussed all month, April was difficult for our troops in Afghanistan and their families at home. According to an unofficial count by icasualities.org, at least 33 U.S. service members were killed in Afghanistan during the month of April. This number doesn't include seriously wounded heroes like Staff Sgt. Travis Mills, who lost his arms and legs in an Apr. 10 terrorist attack.

Hoorah the fearless leader is all set in Afghanistan today to Spike the Football and take more credit yet again and after the bloodiest month of 2012.

There is always time for a photo op with the troops ALWAYS! and of course forget about your troubles let's all cheer with glee with that ultra nationalism at the death of a man they have never proved to be dead.

Hip hip hoorah for the celebration of death so that dude who is trailing the Gop candidate in the latest presidential tracking polls.

Hip hip Hooorahhh and hopes he gets a poll bounce from it.

posted on May, 1 2012 @ 03:10 PM
link
well with his trip being timed after that pastor started his koran burning spree again perhaps he might catch something over their more the a few points in the poles.......wonder if the marines will have to disarm for his visit too?and are his secret service agents still with their chapparones....those might distract his body gaurds this could go quite badly if the taliban try to crash his party


Yes,it is indeed transparent when politicians use wars to prop up their failing presidencies and policies.

Maybe Obama will be announcing the end of the US involvement in the war? One can always hope.
edit on 1-5-2012 by stanguilles7 because: (no reason given)

posted on May, 2 2012 @ 12:34 AM
link
Talking about this on another thread...anyone else notice he filmed his speech in front of a green screen? Disturbing or not??


Yeah i thought that nothing it that picture looked right.

posted on May, 2 2012 @ 12:57 AM
link
Righhhht - Obama "spiked the ball" - what a joke Neo. I think we all remember all too well who "spiked the ball" - 9 years ago when the war was just heating up before some idiot decided getting Bin Laden or Al Qaeda just wasn't that big a deal: 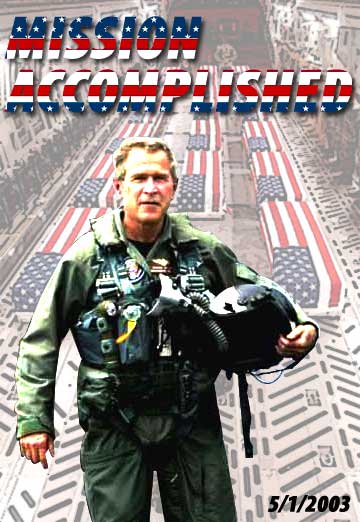 What was it Bush said?

"It's not worth moving heaven and earth spending billions of dollars just trying to catch one person,"
-- M. Romney 5/07

Of course Bush and the Republicans had no problem spending trillions of dollars and thousands of soldiers lives invading Iraq and giving Al Qeada a golden opportunity to slip out of Tora Bora and into neighboring Pakistan, which BOTH Bush and Romney have stated that they would NOT have made the call to enter into to grab or kill him.

Obama made that call, and Obama did what the Republicans failed to do, and the Republicans - after showboating Bush made his grandstanding "Mission Accomplished" charade and after the Republicans screamed about Democrats being weak on defense - are now caught in their own hubris.

The critical decision wasn't just the call to go into Pakistan with a surgical strike team - it was a re-prioritization of what the mission in Afghanistan and Iraq was going to be - from day one, Obama wound down the Iraq farce of a war and made getting AQ and OBL the top priority - that is how the military was able to find him and then kill him. That was what Bush was supposed to be doing in the months after 9/11 - instead he and the Republicans pushed the lies which led to a ruinous war and allowed AQ to slip away.


What the hell does Bush has to do with the op?

Nothing other than to deflect the lack of character of the current Potus campaigning from Afghanistan.


The instant you invoked "Spike the Football", that can only be compared to Bush. It highlights the hypocrisy of the Republicans that are pushing this negativity over killing OBL. It highlights how Romney, McCain, and Bush have openly stated their recalcitrance at making the right call, as each have gone on record saying they would not have gone into Pakistan in that way.

Obama's been in office three years and has made three trips to Afghanistan. If the anniversary of killing OBL doesn't warrant a trip to visit the troops I don't know what does. Not to mention this marks the ending of the Afghanistan war, with signing a 10-year treaty as a non-Nato ally. It's the best that can be made out of this situation which was dropped into his lap after the failings of Bush and his admin.