That one sentence reverberated throughout the country. Throughout the world. In a matter hours it was on Youtube, gaining hits in the millions. A revolution had started and nothing could stop it. The slow creep of a one-world government was stopped in it's tracks. Marches were planned. Occupy and Tea Party alike came together as one.

In 12 hours, politicians started talking about it. Growing backbones, the parties came together and stood with the people. In China, Tiananmen Square was once again filled. This time, the military and the people came together. In Europe, extremes on both sides met in the middle and real change, real hope was in the air.

In 24 hours laws were being discussed. Manipulators of the one-world government were in hiding. The people had won!

In a bunker beneath the Denver International Airport one man was watching the news.
And smiling.

Since the 1980's, a binary compound had been introduced to the public. One element was in the MMR (Measles, Mumps, Rubella) Vaccine. The other, in the yearly flu shots. Harmless by itself, either compound was just seen as background chemicals and not seen as a threat.

But once put together, and introduced to the specialised fluid of the brain, the compound (which settled in the frontal lobes) became a potential bomb, though microscopic, that was triggered by a certain phrase and endocrine levels.

Once this bomb was triggered, blood would start seeping into the brain. Causing headaches after 36 hours and by 48 hours death in 80% of the test subjects.

The other 20%? They became zombies. Mindless sheep that would perform basic chores and the drudgework required by the elite.

The man watching the news was Beezzer Freemly (of the New Jersey Freemly's). Entering the 45th hour of the trigger phrase, he imagined the new world he was soon to inherit.

A loud clatter and a dull thud sounded from behind his office door. Slowly, Beezzer came to his feet and walked out. Stepping over his drooling secretary, who had blood and snot running from her nose and down her chin, he looked at the shattered tea set she had been bringing.

"Bitch, that was my mother's", he sneered.

Beezzer strolled away, hands in pockets, looking forward to his brave new world.
edit on 1-5-2012 by beezzer because: (no reason given)

Originally posted by usmc0311
S&F from me.


Thank you. I had no idea I was so damned evil!

Just for that quote


Yeah, I'm kinda proud of that one.


Thank you. (Can I put your quote on my resume?)

posted on May, 1 2012 @ 07:12 PM
link
Always fun to embrace your inner dark side.Fictionally speaking lol. Good story, thanks for the read.

Originally posted by QuestionsEverything
Always fun to embrace your inner dark side.Fictionally speaking lol. Good story, thanks for the read.

Thanks for the reply! I do enjoy playing the bad guy.

And yes. I'm a baaaaaaaad bunny! 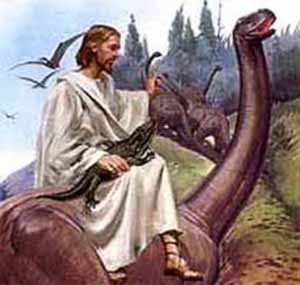 
Thanks for the kudos!

I can quit ATS anytime *scratches inside of arm* I swear, just let me have this one post *shakes* and I'll stop!

Originally posted by 74Templar
Awesome, way to bring it with a blunt hammer in the face as usual.

Thanks, I appreciate that.

I especially liked the current vaccines being activated to kill everyone.
Nice!