Photographer: X-ray-like image shows how radioactivity has spread throughout bodies of Fukushima wil

posted on Apr, 29 2012 @ 07:36 PM
link
Prof. Mori of Tokyo university took a picture of a bush warbler in Fukushima by autoradiography.
It took one month to capture the radiation from cesium 137.
The bush warbler was found dead in Iidate mura last December.
This photo was taken from the stomach of the bird. Black spots in the wing parts show radioactive particles stuck to the wings. The ones in the body parts show the radioactive particles taken into the body. Biological concentration is assumed to have happened through contaminated worms.
Takashi Morizumi is a photojournalist who covers topics in Japan and overseas such as the effects of US military bases and environmental problems. In particular, since the later half of the 90s, he has covered the damages caused by nuclear mining, testing, power plants, and the use of depleteted uranium and other nuclear weapons 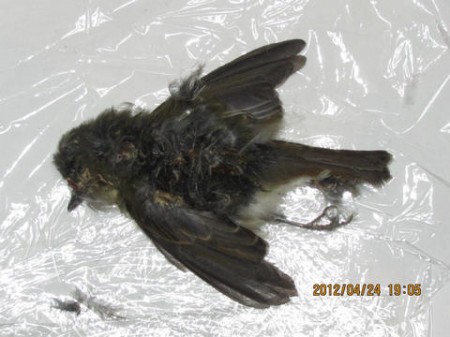 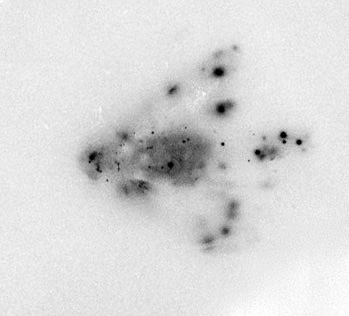