The truth is Out There

Anyone ever picked up their pregnant wife and family jumped on a makeshift boat and risk their lives trying to get to Cuba so they can enjoy that most wonderful single payer healthcare they have?

You have truth, I have truth,Everyone has their own truths of course thats when logic and facts validate those beliefs in our owns minds.

posted on Apr, 29 2012 @ 03:44 AM
link
Every time someone like Michael Moore or Sean Penn lectures Americans about how good and misunderstood Cuba is, what they are doing effectively is denigrating the effort and mocking﻿ the struggle of those people who risked everything (and I mean everything) to come here. Those people deserve better. Maybe we can﻿ get some extreme leftists to get on leaky boats and head for Cuba. See you later "chum." 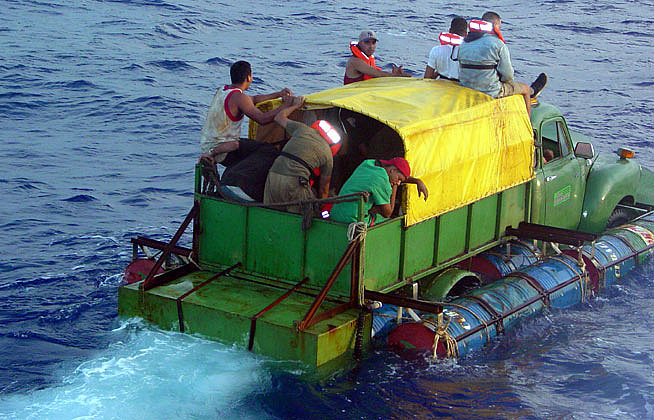 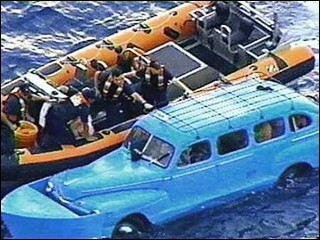 "Do you know how fast you were going?"

Truckonaut Luis Grass taking the Buick out for a spin 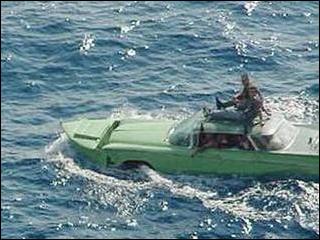 Try reading this with a straight face:
Cuba among “Best Countries in the World” (says Newsweek)

posted on Apr, 29 2012 @ 08:18 AM
link
Every time I see dbags in first world countries telling me Cuba is paradise I cringe. My parents escaped that island just so they could come here and have first world college brats tell them that communism is sacred and their experience with it is no substitute for their academic insight.


Yes, selecting specific 'facts' and leaving them as is. Because it's a black and white world, where it's either black or white with no contributing factors.

I particularly enjoyed the last minute of dialogue about 9/11 truthers and UFO's. Ironic as I've found this video through ATS.

I'm sure had any of those Cubans come across the Mexican border they'd be derided as job stealing, social security mooching illegals that must be deported immediately! Instead they're just refugees of 'socialism' or...refugees of an isolated island that's been systematically forced to fend for itself as the great neighbor up north has restricted all trade and passage. Oh yes, just as being on a boat to America is illegal, getting on a boat to Cuba is illegal. Though, don't expect the Cuban coast guard to stop you...that'll be thirteen stripes and fifty stars stopping you.

'Great' detail on how not one person travels from America to Cuba by leaky boat, or how East Germans died trying to get to West Germany. What about Americans fleeing for Europe or Canada or elsewhere? Five million, right now, have left our great capitalist society behind.

I can pick and choose which facts I present too. Good job Bill.

So our healthcare system is good because Cuba is bad??