Originally posted by Archon23
i don't get some of the people here, someone found an interesting source of information and people just make fun of it .... I think that is quiet strange , maybe men in black are real!? how do you know they're not if they'd simply remove your memory once they finish their job ;P

Correct me if I'm wrong, but didn't you just make fun of the thread after saying you don't understand why others make fun of it?


Originally posted by Archon23
i don't get some of the people here, someone found an interesting source of information and people just make fun of it .... I think that is quiet strange , maybe men in black are real!? how do you know they're not if they'd simply remove your memory once they finish their job ;P

Correct me if I'm wrong, but didn't you just make fun of the thread after saying you don't understand why others make fun of it?

i don't see how i made fun of it, can you explain?

Originally posted by Archon23
i don't see how i made fun of it, can you explain?

No problem, I may have misunderstood you, but you did make a crack at the end about having our minds wiped out with a emoticon at the end. That, to me, suggests that you made light of the thread also. If not, I apologize for the misunderstanding.
edit on 20-4-2012 by DiscoveryOfTruth because: Spelling Error


well yeh i ment to bring a little humor into the conversation haha, but if you think about it, it's quiet a crazy thought what if they simply do that, imagine if you just saw them a second ago taking an alien out of your room, but you don't remember it cause they removed your memory, that's one hell of a thought if you ask me well if you give it some deep imagination they could be real ~
edit on 20-4-2012 by Archon23 because: (no reason given)


Oh for sure, it would be quite odd. One minute you see an alien, the next minute you don't know what the heck is going on.

If there is such think as MIB (not the secret service), it would be interesting to learn more about them and what is going on with them. It is a subject that does have is comedic moments because of the movie. At the same time, it has a deeper interest, at least for me.

posted on Apr, 20 2012 @ 04:48 AM
link
Some of the people here need to just back the hell off for a bit (not the last two posting). The API guy said he would contact the guy from the video and see if he could get permission to release the tape. Give the man at least a day before you start calling sh*t on what he has to say.

posted on Apr, 20 2012 @ 04:56 AM
link
yeh completely agreed, but hey for every new thing we learn , we learn that there are at least 2 new things that we don't know. so maybe they are out there somewhere, maybe that's them on this tape, maybe it isn't, i guess we might find out someday, good topic of discussion for an open-minded person though!


I have to admit, I did feel this should be filed under hoax. You are right in that people (myself included) should give it more time. However, how do you prove this definitively? As I made a joke about earlier, I could call them my uncles Frank and Luigi and technically no one would know any different.

Really if you haven't found out the answer for yourself or have witnessed it with your own eye's you will never know... you only believe. (or do the opposite)

All i'm really saying is i've been following this thread for a while and read through most of the 20 pages of post and almost no one is allowing the guy even one day to prove himself an honest man, or at least talk to the witness...he might yet say no. I think that unless someone has the witness truly scared (which I don't think is the case) then a little bit of common sense and courtesy might talk this guy(wittness) into allowing us to help him.

EDIT: As far as putting under a hoax I will wait for another day to pass judgment. I don't feel enough evidence has been presented on either side to make a decision yet... TO MUCH NOISE NOT ENOUGH INFO!!!!!!!
edit on 20-4-2012 by openeyeswideshut because: (no reason given)


Fair enough. Even though the post is basically in contradiction to mine, I will concede and agree with you in giving more time for the maker of the video to present a better case.


thanks for the support. these are the type of comments that are constructive and assist the UFO research community. i just don't understand why some people on this thread "demand" rather than "ask politely" for more information. i understand this is an interesting case and has sparked lot's of attention. remember, i did't start this thread ... one of my investigators told me this morning about it. if anyone on this thread understands how to conduct a full investigation, they would know that sending bits of information about a case BEFORE it is competely analyzed does not advance an investigation, it only derails it. anyway, love you all!


i thought this was a promo vid to get hits to the web site...

people see a video ..then instantly believe it without reading any of the input by our smarter Ats members


I thought so too. I still say it is a hoax, but like I said above, i guess I'll give it some time to see where it leads.

Originally posted by CigaretteMan
So we are in agreement then that the MIB case was in Canada and not Maryland?

Oh crap, I live in Canada. Then again, that might explain our Prime Minister. You'll need plenty of MIB with that creepy alien walking about


It was in Niagra falls Canada.

The API headquarters is in MD


Your the one that needs to check reality and read the thread more....

This is a promo video as in a video to promote their website. the promo video featured a small clip of the MIB scene (like 4 secs lol) and was a complete diferent video than the one originally posted.

EDIT: link for the promo video so you don't get confused. link
edit on 20-4-2012 by openeyeswideshut because: (no reason given)

posted on Apr, 20 2012 @ 07:02 AM
link
Sorry for seemingly teasing you all, but I haven't had the time to sit down and lay out this case with the gravity and detail it requires. Proving something to be a hoax requires sound evidence and reasoning, and getting a source labeled "known hoaxer" even more serious. That is what we are looking at here.

First, I honestly cannot see what people find so strange about this video. Anyone who lives in a North American city with a large Jewish population will instantly recognize the broad brimmed black hats and black overcoat as typical garb for Orthodox Jews. Contrary to assertions made on this thread, not all Orthodox Jews grow beards and let their hair grow long. In order to assimilate into the business world, they will affect a clean shaven look, and even forego wearing a skullcap, except in synagogue. It is a way to avoid prejudice and persecution. However, when they participate in religious functions, they adopt the "Boris Badenoff" look as a sign of group membership. Sometimes, they will adopt this look to sway public opinion. American readers will instantly recognize these two gentlemen: 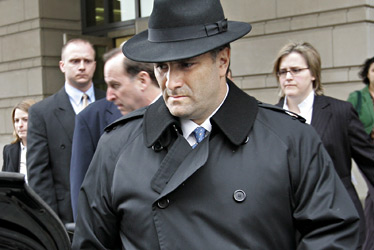 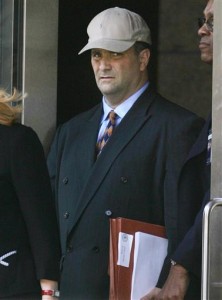 Note how deliberately incongruous the headgear is here. He is drawing attention to it being an "assimilated skullcap." 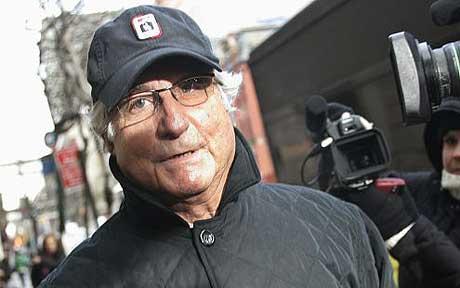 The point here is not to imply that Orthodox Jews are criminals, simply to use well known examples of how assimilated Orthodox Jews dress: black coats, black hats, clean shaven. They don't dress like that every day, but they do when they need to show their group identification: religious holidays, funerals... weddings.

No-one in the video seems to find their appearance unusual or disturbing. The bellhop nearly runs into them without a second glance. Why should he? They were guests. What makes them seem odd in the video is that they are entering a hotel lobby without baggage. A hotel security guard would find that suspicious... unless they had already checked in and were returning from their social engagement. I submit that if one were to examine the security footage for the entire day, one would see the two gentlemen in black leave the building a few hours earlier. If one went back even earlier, one might see them arrive with their luggage wearing bermuda shorts and baseball caps. The hotel security guard would be well aware of all this. What kind of security guard wouldn't confront strangers dressed like SMERSH agents who enter his hotel without luggage?

Given that there is strong reason to doubt that either the security guard or the hotel manager had any reason to find this security footage unusual, it makes the timing of their "UFO" report highly suspicious:

. It wasn't until the weekend that I found out there was a newspaper article in regards to the object on the same evening that we saw it.

In other words, the hotel manager and the security guard did not "report" seeing the UFO until after they read the details in the newspaper! Theirs was a "copycat" report. Now ask yourself: why would mysterious "Men in Black" (whether aliens or government spooks) visit the only "witnesses" who would automatically videotape them? Why did no other witness make even a verbal report of such an encounter?

Clearly, when the security guard noticed how odd the two brothers looked returning from the Orthodox wedding they were attending (this is Niagara Falls) they thought of the movie "Men In Black" and decided to take advantage of the recent UFO news report to garner a little free publicity for the hotel.

This video is nothing more than a random snippet of everyday traffic in a busy hotel lobby. It is the story that the witnesses tell about it that is the [HOAX].

As I am running out of room, I will leave it up to you to ponder what this means in terms of the credibility of the Aerial Phenomena Investigation team.

Clearly, when the security guard noticed how odd the two brothers looked returning from the Orthodox wedding they were attending (this is Niagara Falls) they thought of the movie "Men In Black" and decided to take advantage of the recent UFO news report to garner a little free publicity for the hotel.

All good research and thoughts DJW. However, I think it might be unfair to accuse the hotel manager and the security guard of irresponsibly releasing hotel security camera footage of two specific hotel customers for the sake, not only of perpetrating a hoax, but to single them out for 'ridicule' simply because of religious custom of dress.This, without a police order would open the hotel to possible legal action by these two men and would be very irresponsible behavior for the manager of a major hotel.


You basically summed it up for me. I'm glad you too think it's just a hoax. As I mentioned in an earlier post, it could be my uncles Frank and Luigi walking in like that. This is why I watch videos like that with the sound off because the people narrating tend to give the conclusion to the viewer.