Why Atheism is wrong and immoral!

posted on Apr, 16 2012 @ 04:15 PM
link
All atheists believe in evolution, which means they don't believe in morality and think we should all act like animals.

-Atheists try to shift the burden of proof unfairly upon theists (ie, atheists make the wild and unprovable claim that God does not exist, and then unfairly expect us Christians to prove that He DOES exist)

-Some famous atheists have shown they occasionally have doubts about their disbelief, which proves that all atheists really do believe in God. Of course, no Christian has ever doubted the existence of God.

-Everybody who has ever been in the army will tell you that there are no atheists in foxholes. That is, once they are in danger of death, the atheist will strip himself of his irrational disbelief in God, and come to admit he believed in God all along. Only liberal slimebags like MSNBC report otherwise.

-Communism, which is inherently evil, is founded by atheism, and all atheists are probably secret communists.

-Because we can think of the existence of God, God must obviously exists, and therefore atheists are illogical.

-Everything in the universe shows obvious and undeniable signs that it was created by a mind far superior to our own.

-a lot of mass murderers were atheists, and all atheists, having no morality to guide them, are only a bad day away from going on a genocide spree. There have no exactly zero cases on Christian mass murderers throughout all of history.

-no atheists contribute to charitable causes, and all Christians do. This is because of atheist's beliefs in Darwinism.

atheists don't believe in miracles, although many Christian philosophers disagree.


-Atheists have more mental and physical health problems than Christians. This is attributed to theists having something more to life for. Therefore, God exists.


-Friedrich Nietzsche went crazy and was an atheist, therefore atheism drove him insane (although there is an ongoing debate on the matter...)


-Countries with large numbers of atheists have higher suicide rates, therefore atheism makes you want to kill yourself. Of course they would take the easy way out, not realizing like normal people that God sends suicide cases to hell. Also, developed nations also tend to have higher rates of both atheism and suicide, so we must conclude that technology and wealth are evil.

you guys seroisy havent figured out that this is just a troll thread?
edit on 16-4-2012 by ninjas4321 because: just because 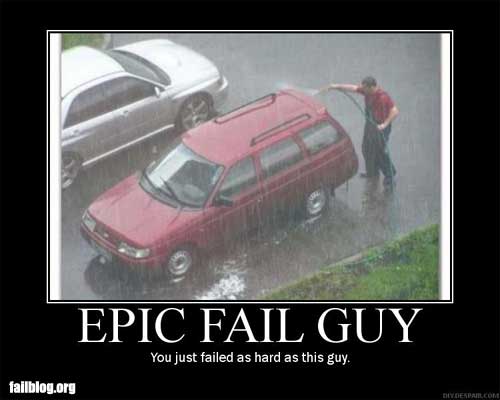 This IS a joke! please move to jokes and puns.
edit on 16-4-2012 by redbarron626 because: to reiterate my position of ineptitude and illogical assumption.

What is your solution to Atheism, Oh Great One? Are you proposing a solution, or just whining..?

posted on Apr, 16 2012 @ 04:22 PM
link
If this wasn't an attempt to flame I don't know what one is. Oh yeah by the way, I was In the Army and have been in multiple situations that were dire. Not once did those situations make me rethink my religious views. Those (no Atheists in foxholes) sayings are nothing more than cliches with no substance. But whatever, believe what you like.


Please tell me this is satirical?

posted on Apr, 16 2012 @ 04:24 PM
link
It seems to me you are being ironic here? There are logical fallacies throughout- did you intend on being sarcastic?


The premise of your thread is flawed....

And so is your opening statement...

All atheists believe in evolution, which means they don't believe in morality and think we should all act like animals

that is the most illogical statement i've heard... today..

But alas, the day is still young...

posted on Apr, 16 2012 @ 04:35 PM
link
Dearest OP your post sounds angry and judgmental. I believe your Jesus Christ taught forgiveness, love and asked his followers to let him and his dad do all the judging. Please read the bible before you throw it at others. If your god is angry with others I am sure he can handle his own business,what him being a god and all. Sending thoughts of love, peace and forgiveness your way and not because any god told me to.

posted on Apr, 16 2012 @ 04:37 PM
link
"broken down on the highway to hell " id you location, i was under the impression religious fanatic such as yourself didnt want to go to hell

I'm tempted to go off on a rant, but OP sounds like he/she is trolling, and I don't feed trolls.

Originally posted by ninjas4321
All atheists believe in evolution, which means they don't believe in morality and think we should all act like animals.

You started your first sentence as being absolutely wrong, so how much does that say for the rest of your post? ..

1. All atheists believe in evolution? while most do, I'd be hard pressed to state "ALL" do ..

2. "Which means they don't believe in morality and think we should all act like animals" that is the most ignorant remark I've read in a while.. I'm atheist and I believe strongly in morality and civility.. we're a long way from behaving like animals.. and why should we? .. Morality is born from empathy and you don't need religion for that..

If there is a God, it is NOTHING like you think it is.

Please STOP abusing powers you don't understand with your books or believes your little small human brain is constructing!!!

The fundamental powers in Universe construct all you say God is doing, so YES, there is a GOD, but not one you should worship like crazy freak...

Bible, Koran and all the other "smart" book are written by man to control other man... why people don't get it ???!!!


Really? shall I just go out into the world with jesus in my heart and god at the steering wheel?

Nah I am ok thanks I will make my own mistakes and blame no one else for them. FAIL!!