Americans! Do the maths!

posted on Apr, 15 2012 @ 05:22 PM
link
It is "MATHS"
It is NOT "MATH"
The long form is mathematics, not mathematic!
The only reason Americans use the word "math" is because they are too lazy to say "maths".
Is it so bloody hard for you to add the extra "s" at the end of the word?

posted on Apr, 15 2012 @ 05:28 PM
link
Obviously you are British. To North American speakers of English, the word to use is “math”, as in “I majored in math”, and “maths” would sound wrong. Speakers of British English, however, would always say “maths”, as in “I took a degree in maths”. They would never say “math”.

There are logical arguments for both spellings. The word “mathematics” can be considered as a singular and as a plural noun. Both the Oxford and the Merriam-Webster dictionaries say the word is plural – hence the s on the end – but also that it is usually used as if it was a singular noun. So, most people would say “mathematics is my best subject” and not “mathematics are my best subject”. The shortened form “maths”, then, makes sense because the word is still a plural noun and so should still have the “s” on the end. On the other hand, it could be argued, “math” makes sense because it seems wrong to remove the letters “ematic” from the middle of the word and leave the final “s”.

There are a number of other plural nouns that are used as if they were singular – for example economics, ethics, politics, gymnastics, measles and dominoes. These words, however, are not habitually shortened, making math/maths rather an unusual word.

Originally posted by nolabel
The only reason Americans use the word "math" is because they are too lazy to say "maths".

I get it...you hate Americans. Good for you. Join the crowd.

edit on 15-4-2012 by RandomEsotericScreenname because: (no reason given)

Thank you for your eloquent reply and taking the time to compose it.
I still maintain that it is said that way through laziness.

Mathematics is the process of using math to solve a problem and if this is your only problem to rant on you have a very sheltered life.

Does it bother you so much you had to write up a "rant" on this subject?!?! Seriously??


Why are you bothered? Both spellings serve their purpose. What's next? Putting all the U's back in color at gun point?

Originally posted by nolabel
It is "MATHS"
It is NOT "MATH"
The long form is mathematics, not mathematic!
The only reason Americans use the word "math" is because they are too lazy to say "maths".
Is it so bloody hard for you to add the extra "s" at the end of the word?

I betcha' never heard this... 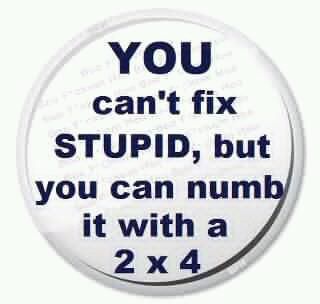 But seriously, there's no need to be so knit picky
You probably don't like that one either huh
edit on 4/15/12 by ThePublicEnemyNo1 because: (no reason given)

Something something 2'nd line

posted on Apr, 15 2012 @ 05:52 PM
link
Wow! Instead of flaming me, why don't you people try explaining the rationalization behind it, the way DarthMuerte and mwood did?

Corrected it for you.

Originally posted by nolabel
Wow! Instead of flaming me, why don't you people try explaining the rationalization behind it, the way DarthMuerte and mwood did?

I'm not flaming you and I hope you didn't take my post that way (I was just poking fun at you). However, you do recognize that in America, we speak the English language different than other European Nations, right? It's not because we are lazy...it's because we are different, reside in a different country with millions of other European immigrants who have contributed their dialect/diction as well.

America isn't called The Melting Pot for no reason


Wow easy bud its just two ways to say the same thing. like crick(Pennsylvania) and creek(rest of the us)

Originally posted by nolabel
reply to post by ThePublicEnemyNo1

ETA
On a side note, do you know how different words/dictions are spoken across the US? I'm in Southern California and we speak words that aren't in the dictionary (yet). Some of the words we speak however, have made into the dictionary.

That doesn't make us stupid, it makes us different.