NK Rocket failure. Really a failure or a success?

posted on Apr, 15 2012 @ 05:19 AM
link
I have been pondering about the NK missile situation and how North Korea's failure is an "embarrising one." Well i have been thinking:

Maybe NK was testing out the launch pad, to see if it would work. - Success

Maybe NK was testing out, to see how their rocket would respond to co-ordinates - success (It would only take a bit to see if it would work)

With the use of computers, NK would be able to find out all the information they want as soon as the launch took place. They could then "self-Destruct" the rocket, so to make it appear to be a failure, when in actual fact, they recieved the desired information, and now have the upper hand on the international scene considering everyone thinks they are a failure.
edit on 15-4-2012 by daaskapital because: (no reason given)


Unlikely, since it didn't even have time to have it's first stage separation.

It would be absolutely stupid to self destruct a rocket when there was more telemetry to obtain.

Especially when this is their second test of this type of rocket, the first was in 2006 and also failed within a minute of launch.


Yeah, i understand. It was just a theory i was pondering about.

with some sorta directed energy weapon

Originally posted by BiggerPicture
its likely Usa arrogantly shot it down

with some sorta directed energy weapon

You did hear that the NK were saying should the Japs or ANYONE target even waste product from any failed attempt of this launch, it would be considered an Act of War.


I heard it was Chinese Stig.

He's down with friendly fire and everything.


I heard it was Chinese Stig.

He's down with friendly fire and everything.


Hahaha, I admit I had to google Chinese Stig - as soon as it clicked I woke the left half of the house. lol 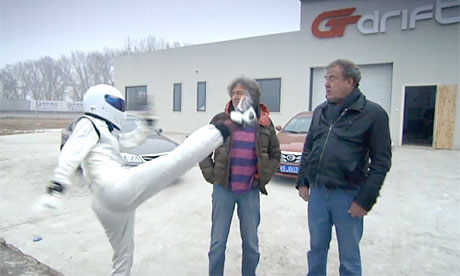 so its a couple steps backwards for NK's space program, which Obama condemned and warned appropriate action would be taken.

speakin of which, US gov already admits to surveillance of the launch via satellites, unmanned drones & 6 anti-missile US Navy warships. guess they didnt leave anything out. or did they?


There has only been 1 other launch of this type of rocket as far as I'm aware and that failed within a minute too.

Then I remebered that NASA director accused HAARP for destroying the Challenger Shuttle. You might be right.