Deprtment of Labor forcing media to use government computers 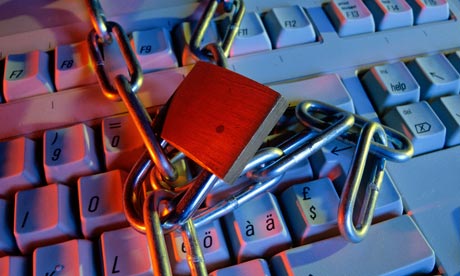 Unrest is simmering in some quarters of the Washington news universe regarding changes in the way the Department of Labor (DOL) manages its pre-release media “lockups” on sensitive data like weekly jobless benefits and unemployment.

For years, journalists participating in the lockups have shown up at DOL at the appointed time, then entered a limited-access area to receive the new data and prepare news stories for release as soon as official embargoes end.

The system insures that major news organizations get the data as soon as possible and allows journalists covering the release get a jump on providing analyses and opinion about the data.

But Carl Fillichio, Labor Secretary Hilda Solis’ top communications advisor, circulated a memo earlier this week to interested media informing them that everybody is being required to re-submit their credentials requests.

Fillichio reminded participants that there are only 20-30 seats available for the lockups and that priority will be given by DOL in selecting participants to those that “are primarily journalistic enterprises.”

He also offered a one-sentence assurance that “the department will not consider editorial or political viewpoints in making credentialing decisions.”


Ok, fair enough. But this is where it gets interesting. The article continues:

“Second, as a measure toward enhancing security in its main lockup facility (the DOL news room), the department will supply and maintain standardized equipment with a standard configuration for all participants. This change means that privately owned computer and telephone equipment, including hardware, software, cabling, wiring and Internet and telephone lines will be replaced with equipment owned by the department.”

In other words, journalists will no longer be allowed to bring their laptops or other equipment to the lockups, they will have to use government-supplied equipment, described by Fillichio as including “a virtualized desktop running a Windows operation system, a web browser, word-processing software, an Adobe Reader application and secure file transfer capability. Equipment provided will not have wireless networking capability. Provisions will be in place for news organizations to transmit their stories over the Internet.”

Well, isn't that something?

I can think of all kinds of abuses in the other direction, can't you?

Forget that open government thing.... Think more along the lines of 'open' media.


But Carl Fillichio, Labor Secretary Hilda Solis’ top communications advisor, circulated a memo earlier this week to interested media informing them that everybody is being required to re-submit their credentials requests.

Credentialism in journalism is antithetical to the First Amendment. It is also interesting to note the United States Department of Labor's own mission statement:

Our Mission To foster, promote, and develop the welfare of the wage earners, job seekers, and retirees of the United States; improve working conditions; advance opportunities for profitable employment; and assure work-related benefits and rights.

Cabinet of the United States:

Members of the Cabinet serve at the pleasure of the President, which means the President may remove them at will.

The Case Against Credentialism:

Thus, in addition to depressing the “unmeritorious” a meritocracy can corrupt its professionals, making them care more about keeping what they have than creating something new. For at least thirty years after the Depression families refused to borrow, socked away their extra dollars, dared not give up tedious but secure jobs, lived in dread that bad times might return. Such caution was based on a fear of ruination. The lack of entrepreneurial daring in today's professional class seems to come instead from a sense of entitlement. Nearly everyone admitted to a professional school graduates; most of those accredited live well. If an “achieving” society requires a balance between confidence and anxiety, can it afford a swelling class whose chief ambition is one day to “make partner?"

Congress shall make no law respecting an establishment of religion, or prohibiting the free exercise thereof; or abridging the freedom of speech, or of the press; or the right of the people peaceably to assemble, and to petition the government for a redress of grievances.

Since the First Amendment only expressly prohibits Congress from abridging freedom of speech, or of the press, does this exempt the President from this Constitutional restraint?

Oath of Office of the President of the United States:


Thanks for that it was hardly "fair enough". Credentials lol how about experience it beats credentials everyday in the 'real world. That is insane if they are forced to write the news on government computers while under government supervision. Its like democracy dissolved long ago when they can just toss things out like this with no fanfare. Our own government has become like Israel or Iran or North Korea. Freedom of speech lol you can now be arrested for suggestive twitter blogs.

Yet these people still vote, still follow the talking heads on MSNBC or FOX. Still read the paper and still have "their side". Most know its all lies but stay involved for their own guilt ridden reasons. I let y'all in on a little fact you didn't invent the game you don't have a side you are just a pawn. All they need from you is to keep playing.

posted on Apr, 14 2012 @ 10:05 AM
link
This, so soon after that recent bill that was passed that allows the (US) government to install its own equipment etc? I can't remember the name of the bill and I'm only getting returns on google for the Canadian bill c-30 at the moment.

posted on Apr, 14 2012 @ 11:53 PM
link
I remember seeing a Drudge headline not long ago about Obama "schooling" the media in how to report White House issues.
(dang! can't find it!)

These are draconian measures.

These are draconian times.

Video: Obama Tells the Media How to Report on the Issues

I thought I saw a thread on it too, but also couldn't find it.

posted on Apr, 15 2012 @ 09:54 AM
link
The DOL has always fudged the numbers on labor and employment. This just give them that much more control as to how they can post misleading or fake data on unemployment. The real unemployment rate is 2 to 3 times what is posted by the DOL.