posted on Apr, 11 2012 @ 07:50 PM
link
There are only two pictures available from a google image search of
george zimmerman. 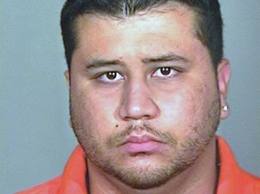 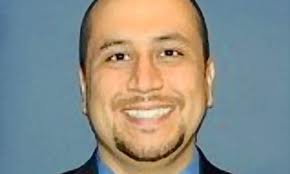 They do not even look like the same person!

Look at how blurred and ill-defined the second image is.
It looks like a photoshop creation which could easily be whipped
up using a program like this. www.morphases.com...


Can anyone prove to me that george zimmerman actually exists?

Edited to add: His mug shot is from an arrest in 2005, so obviously a lot can change in terms of hairline over 7 years! We dont know when the other pic was taken (do we?).

The noses look exactly the same.

Prove that he doesn't exist or at least give reasons other than 2 pics (which actually look like the same guy) of why you think he doesn't exist. This means that you do the work, hand it out to be graded and the results will be posted below...

Your thread suggests that you think he doesn't exist. How so?

He's quite real and since the trial is going forward, we'll see plenty of him in the near future.. we'll probably be sick of seeing him..

But either way you can't really compare those pictures.. one is a mug shot and one isn't.. have you seen TMZ's mug shot section? alot of those bummed out, recently arrested for doing something bad people don't look much like their normal smiling self in that situation.. especially if you just shot someone and was in a county jail.

I call man ate too many Corn-dogs!

To be honest his file photo will make him look like a villain anyway, It's deliberately intended to do that, Maybe the other photo was just from his better days

Originally posted by NewerBeing
Ok, I will admit that the hairlines of those two pictures do not look identical.

Well we know his mug shot isn't recent, we don't know when the other photo was taken.. so hairline is irrelevant until we see him now.. which we will now that there will be a trial unless he decides to run away

plus, his eyes, nose, eyebrows and ears all otherwise seem to match.. he even seems to always cock his head slightly to his right ( your left ) .. I'm kind of surprised this is even a topic.
edit on 4/11/2012 by miniatus because: (no reason given)

it must suck to find yourself in a situation where nothing seems real anymore.

posted on Apr, 11 2012 @ 08:06 PM
link
I say he exists. I mean, it's not like he's some made up Russian astronomer! Now, if he had a cool name that could stand for, oh, I don't know, Extinction Level Event NINe, then, yeah I'd say he didn't exist. But what the heck could Zimmerman stand for?

All joking aside, it's the same guy, one picture shows a younger man who is smiling and the other is a man who just killed someone. I think anyone will look differently after that!

I just figured he was in his mid-40s.

His mugshot from the Seminole County Sheriff.

Edited to add: His mug shot is from an arrest in 2005, so obviously a lot can change in terms of hairline over 7 years! We dont know when the other pic was taken (do we?).

The noses look exactly the same.

Why is it absurd?

I suggest that the second photo is an 'aged' digital modification of the first.
But sure, the technology doesn't/couldn't exist to achieve this sort of fakery, could it?

You are narrow minded. I suggest you stick to the msm.

Originally posted by Monsatan
reply to post by pshea38


Let's! But don't forget that people can be paid to act and to lie.


I'm sorry but did you flag yourself?

With all there is to post and talk about, this is it?

posted on Apr, 11 2012 @ 08:41 PM
link
Let me get this straight... Google only has 2 pics of him so therefore he must not exist? Google has none of me, so how am I typing this? Please, at least come up with a reasonable explanation for your dribble


Obviously you are a government computer program sent into ATS to debunk every thread. It all makes sense now! All conspiracies are real! This man does not exist! Only those with at least five different pictures on the internet are truly human.