That rocket's going to tip over on launch and bounce across the ground right up Juniors bung hole.
And what's up with that control room? Six guys sitting at wooden desks with e-machines don't exactly say "state of the art" now does it?
This should be interesting.

posted on Apr, 10 2012 @ 12:33 AM
link
It's always about who has the bigger stick It's such a strange thing to hold (Meaning power) It drives our leaders mad to believe what they are doing is right or ... better for themselves.


Im not exactly sure how NKorea would react if their new missile got shot down, and I worry that they might end up shooting some artillery across the border. (like what they did with those islands the other year).

At the moment, it seems there are a few points across the globe that are on edge. This NKorea missile test, and then there's this new thread Russia Is Massing Troops On Iran's Northern Border And Waiting For A Western Attack

And this one to

To me it seems each side has been attempting to flex their military might all at once in the past few days.

But what is really worrying is the fact that this dude has my home on his screen?? 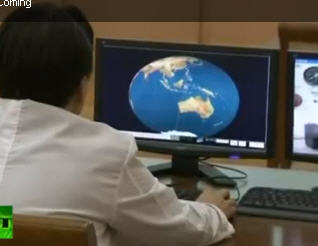 Lets hope those stupid looking "guidance fins" on the "Missile" guide it towards Little Kim.

Originally posted by buni11687
reply to post by BiggerPicture

To me it seems each side has been attempting to flex their military might all at once in the past few days.


hmm yea and we most all know what tends to happen more often than not for some reason or another, when US Is conducting DRILLS! 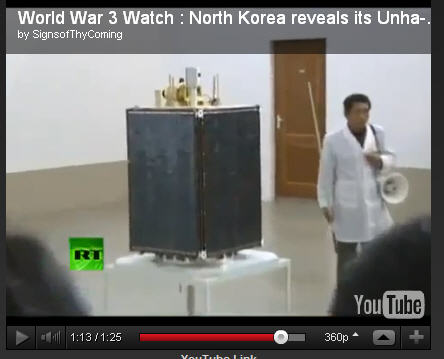 Reminds me of the Iraqi Information minister this video:.........

As far as Russia...this is Putins way to funnel money that he and his cronies can steal if Russia determines they need a Military Upgrade.

As far as amassing on the Iranian Boarder...this is just so they do the bare minimum as it pertains to Iran. The chances that if Iran did try to close the Strait of Hormuz...and the U.S. had to go in....would be a ZERO probability that Russian Troops would get involved of cross the Iranian Boarder to Help Iran.

If anything...the Russians would cross the Boarder with Iran if the U.S. attacked to shore up their position of their supply of Natural Gas and Oil...and tell the U.N. that Russia was HELPING the U.S. and international community by protecting Irans natural resourses against possible terrorist attacks. This possibility is about 2%.

Russia finds itself in a position of irrelevency in both Military Capabilities as well as Economic Strength. It still depends on massive U.S. Grain Sales as the Russian Weather is Brutal...the U.S. has never used food sales to any country to be used as leverage. But the Russians need the U.S. alot more than they need Iran and a deal was struck a while ago that any U.S. Military intervention into Iran would garantee continual Gas and Oil shipments by Pipeline or Shipping to both Russia and China.

Originally posted by CaptainBeno
But what is really worrying is the fact that this dude has my home on his screen??

Lets hope those stupid looking "guidance fins" on the "Missile" guide it towards Little Kim.


Because its a weather satellite, it is going to be launched into a polar orbit.
From North Korea, directly south, over the Philippines and then the Western Australia / South Australia border before going over the Antarctic.

Thats the plan. The previous two attempts to get a NK satellite in orbit have failed.

And incidentally, calling this a "missile" in the thread title is sensationalist scaremongering.

P.S. My biggest question is why the controllers are wearing lab coats.
What exactly are they afraid of spilling on their clothes?


I am pretty concerned about N Korea's possible response if trouble starts, I heard they have a bunch of light grenades.

Seems about this time last year, no, the year before when we were sitting here trying to figure out what false-flag was going to be performed this April 20th? It turned-out to be BP blowing chunks of muck...

Preceding that though seems like NK was "aiming" something somewhere.
I wonder if when the MSM mentions NK, and it's scripted events--->

These events are used as or like a catalyst.....

Every time NK is in the news, something bigger is going-on behind the facade.

posted on Apr, 10 2012 @ 02:08 AM
link
Is it just me or do the furniture seem to make the North Korean operators look as if they a little kids sitting in high-chairs.. . I really do not understand why everyone (nations) are so worried about them . I mean sh*t look at their "rocket", it could pass for paper mache dud.
edit on 10-4-2012 by descendedstar because: (no reason given)

posted on Apr, 10 2012 @ 02:20 AM
link
One of these pieces of S#!% could actually go off target and Hit Australia, Alaska, Canada, Japan, New Guinea...etc. The Kinetic Energy alone from something this Heavy accidentally slaming into a city block reentering from orbit at anywhere between 18,000 to 24,000 mph....could level a couple of city blocks.

Remember...this isn't an untralight U.S. ICBM....this SOB is probably made of STEEL and it is prudent to have U.S. Naval Carrier Groups stationed around North Koreas Mainland in case the thing start heading toward a country.

The U.S.N. can shoot this thing down EASILY....but it is best to destroy it when it reaches ORBIT....as even shooting it down...it has to fall somewhere. In the short time it is in low earths Orbit...it will still have fuel....we can direct our SM-3 ABM directly at the area of this Missle that still has some fuel and blow it up in orbit....the rest of the small pieces will bun up in reentry. Split Infinity

posted on Apr, 10 2012 @ 02:25 AM
link
Nice to see that NK has allowed RussiaToday (RT.com) the rights and clearance to get close to their rocket.
Denver will hear the launch codes, and the Space Command will enjoy another day of target practice.

posted on Apr, 10 2012 @ 02:51 AM
link
Another unsophisticated missile will veer off course just last the last two did. I have to admit that launch room looks like something out of 1950's B Movie. AOL had better equipment, and the timers on the wall is NK trying to give the world a sense of doom ? The local high school has timers just like that. I hope we get to see the words flashing across that computer screen the little guy is sitting at " WRONG WAY" WRONG WAY ! in big red letters. or maybe it's pronounced Wong Way ! in NK ('')


What's behind North Korea's launch plans? All eyes this week are on North Korea, which looks set to move forward with a provocative long-range missile launch. Japan, the United States and South Korea see the launch -- which would violate U.N. Security Council resolutions -- as a cover for a long-range ballistic missile test. And a South Korean intelligence report says it's likely to precede a nuclear test.


North Korea says the missile launch is intended to place an observation satellite into orbit. But the U.S. and others view the launch as a cover for a test of an intercontinental ballistic missile that one day could carry a nuclear warhead.