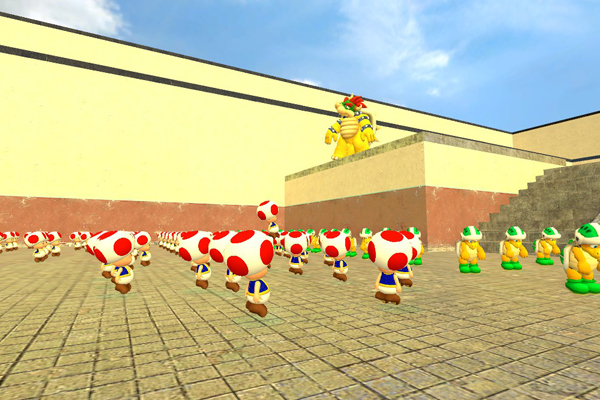 Since the days of the eight bit Nintendo and even before that, I have sought a mushroom kingdom under one global Superpower under my own authority. I have worked endlessly to ensure my success, by dividing all aspects of the Mushroom Kingdoms economies and leadership and making them fight one another.

Behold, the Mushroom Kingdom is the fourth world but soon we will enter into a brave new world of communist control, solely under control of I, Bowser. Bowsers Kingdom will become the 5th world. 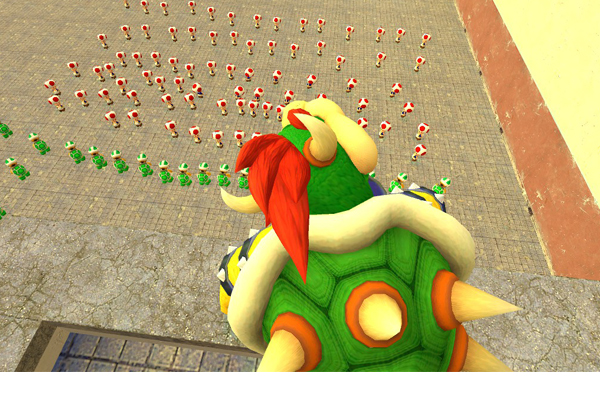 I have organized the mushroom world economy under the control of labor unions, my ultimate weapon of divide and conquer. While the 1% like Mario and Luigi try to promote freedom I shall set their own people against them. I gathered the Mushroom Kingdom Labor Union (MKLU) into Tyranny Square Park and have instructed them how to proceed.
"If you should encounter mario please instruct him that the princess is in another castle."
But many of the mushroom kingdom people did not come together with a common goal as I have anticipated, so when some of the tried to revolt I had gathered the Hammer Brother Police to maintain and control order. 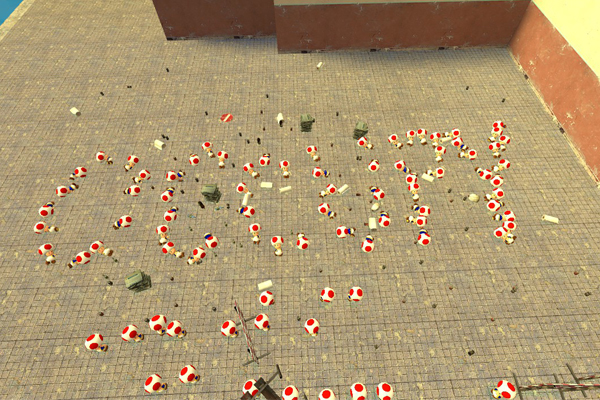 Many of the mushroom people incited violence against the police. But since the media was under my control it was presented to the public as legitimate police brutality. I also anticipated this, so one night I contacted George Soros and he had helped raise funds to get the Occupy Protestors drunk and have them forcibly removed from the park. The mushroom people were drunken looters, vandalizing the square, interrupting commerce, raping and killing each other, defacating on police cars, having public sex and trashed the park. 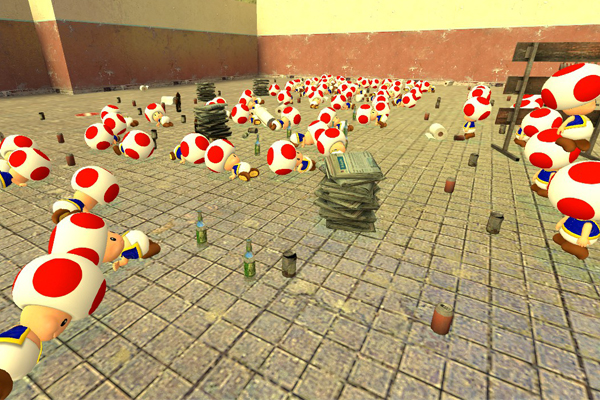 The group as it turns out was veery divided indeed. Some of them were Anarchists, communists, others socialists, others marxist and capitalist pigs. I would need to spare some of them to further divide and conquer the mushroom kingdom. 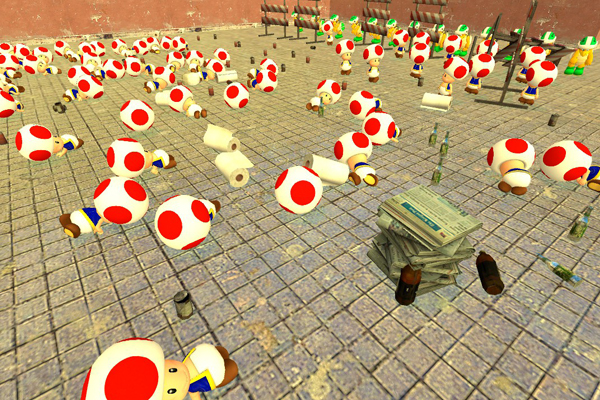 So I organized a race war. I had constructed a mushroom citizens emergency response team (mcert) and held emergency management drills where they would practice disaster evacuations and hold neighborhood watch patrols. Meanwhile the brown goombas have been told for decades that they were oppressed by Mario and the 1% and one day if Mario crossed their path, Mario would stomp on them and squish them, just because they were brown. But behold one day a brown goomba was caught sneaking through other peoples property and acting very suspicious and one of the mushroom people shot and killed him. But because of the laws he was not prosecuted and this brought outrage to the brown goomba community. 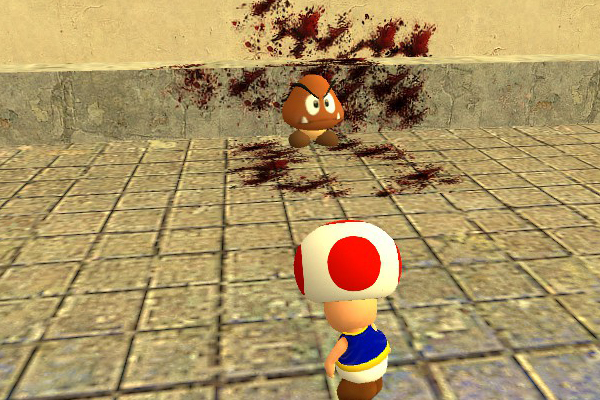 Goomba Farrakhan and others became outraged and started instructing the goombas to kill whitey. Spike Goomba had posted the mushroom mans address online but later learned that it was the wrong mushroom man.
Members of the New Brown Goomba party were outraged and this became the beginning of an all out race war. 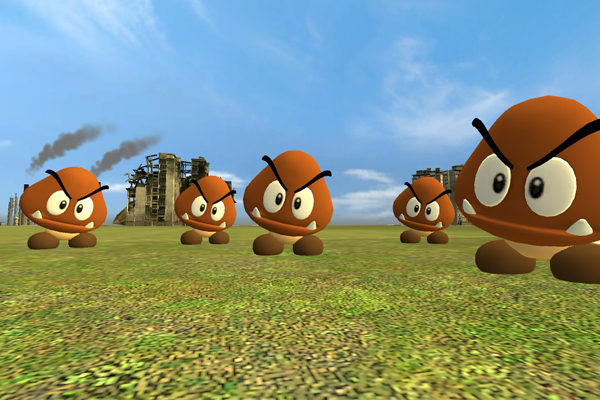 As future ruler I pulled some strings and enacted martial law and brought in the war ships to annihilate everyone. 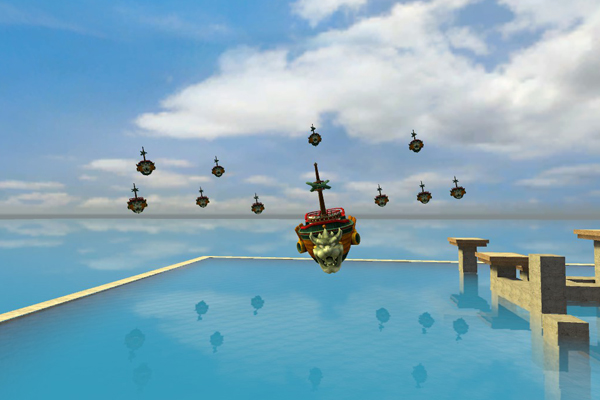 I instructed the first born son to kill the second born son as they shall inherit the Kingdom of Mushrooms, at long last Luigi is finally dead but I still have not got my man Mario. Mario is public enemy #1. 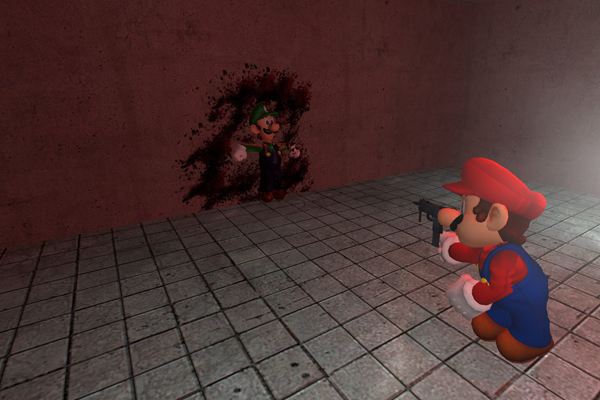 Fear me. I am your lord Bowser. Mario is a stealth commie anyway.. And I heard that he took donations from Soros.


Great interpretation of a great old game into a short story.
Good job with the pics too.

I was a big fan of the Mario Bros games until I took an arrow to the knee.


Think of it a light hearted attempt at exposing some of the most petty social issues that are used against us. The story is definitely lighter and kinda funny if illustrated into the plot of a classic game.

Not sure about Mario though, he's an independent contractor and the labor unions have declared war against him.


Wow, Impressive. Instant SnF. You took a lighter approach to this month's theme, and did a phenomenal job.

I never had a Nintendo, sniff. I was a Sega Genesis, and Sonic addict. But I've heard all about the evils of Emperor Bowser!

Originally posted by thehoneycomb
reply to post by Germanicus

Not sure about Mario though, he's an independent contractor and the labor unions have declared war against him.


so you are 100% convinced that the creator of occupy is a socialist cartoon charictor?
lol
cool pics and story but slanted views of childhood worlds are sometimes a falacy we tell ourselves to sleep at night.
nanu nanu my friend