posted on Apr, 8 2012 @ 04:33 AM
link
They say you should write down your dreams as soon as possible after having them before they fade, if you want to remember them, so here it goes.

It was a very vivid dream. I was outside near a big building that looked like a barn or warehouse. It seems I was on a farm of some kind, but I couldn't be sure. It looked like no place I could recall, but it wasn't all that unusual in and of itself.

Then I had a feeling of some kind of...entity...like a fat, squat, ugly demon-like creature. It had a tube in its mouth and the other end of the tube was positioned close to my brain. My brain was giving off a sort of glow, or maybe it could be described as a luminous smoke or haze of some kind. The creature was sucking the smoke/glow through the tube, like it was feeding off of my brain. The creature felt evil. I could sense its thoughts and intentions, which were incredibly malignant. It was kind of chucklling to itself as it gorged itself on this..stuff...that was being radiated out of my brain. It was thinking vile thoughts at me, like "mmmm-mmm, this sure is good, and you can't stop me from taking it from you, ha-ha." That's not it entirely, but something close to that.

Then I became aware of other entities and faces swirling and floating around. Some were just faces, others had a *feel* like real beings, some kind of external consciousness that was totaly *other.* I can't really explain it, but I could sense them as presensces that were not part of my mind, like the feeling of otherness you get when you talk to a real person. This in itself was fairly terrifying. Some of these entities I could see, and they had human or human-like faces, while others I could just *sense*, floating and flitting around me. Then I became aware of a few of them that were serioulsy EVIL. I could sense their malignancy and darkness radiating off of them in waves. It was like they were coming for me, laughing at me! They had it in for me for sure.

All praise to the Lord God Almighty on High! All praise! 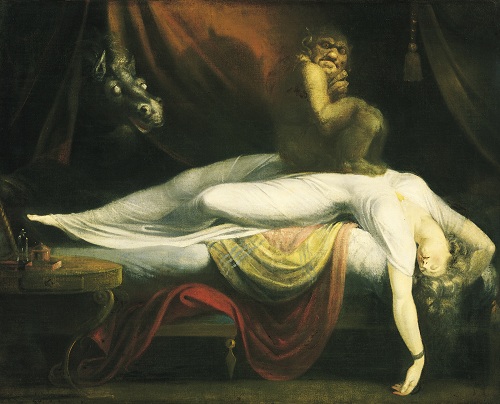 
either a dream or story - its true what you wrote OP

..simply cause many years, up till today, i can see, feel and hear them - if it wasnt for His protection, i d be dead multiple times by now

- but the thing what really breaks my heart.... is that i know, that any day now, the dimension will open - and every living soul will ' see and hear them '
..because any day now, the matrix will close
...and many, many souls will be without protection

i think, when you fly in your dreams, in reality you are flown by a non-human being. this being follows you all your life, another theory is, that it is you or the unconscious part of you. humans are body and soul (spirit, ghost).


A ''shield-bubble'', eh? Very interresting. You are using a defense already used by someone who had nightmarish visions. This guy was saying that the best defense was to build a ''bubble'' of security using your ''heart energy''. You did it instinctively.
I feel what you were describing in your dream. I don't think that it was just a dream. I think it was a electromagnetic brodcast from the Illuminati directed at your area. These dream used to happen to me when I was close of electrical power grids or antennae.
Very disturbing. One I had was a gray alien putting his head on an abductee's abdomen and sucking its energy, feeding on it. I later learned that the intestines give off electricity, like the brain.
Strange.

Somebody close to you ,who has a great influence on you, is not your friend, in fact, they are sucking the life out of you…on purpose…with knowing what they are doing, on purpose.

You will find out the hard way, and it will come next to a building, or on a high way, near a farm, when you find out who your enemy has been all the time.

This is why I love this board!

posted on Apr, 8 2012 @ 06:42 AM
link
Use to get a lot of similarly ugly demonic dreams when I was younger and more up and down my Christian faith. So times when I was back sliding I wouldn't get the dreams but when I would attempt to 'come back' as the oft prodigal I was, the disturbing dreams would occur again. Thankfully don't get them much now but then, I don't attempt to confront the demonic when I'm moving away from God. Just sharing my experiences as a Christian to another.


You know Partygirl for someone who has flowers and such pleasant things in there avatar and always seems so happy go lucky. You sure do have some unpleasant dreams and fears, one would think you dream of fields of flowers, giant waterfalls or tranquil forests, or picnicking on a field of grass somewhere.

But that does not seem to be the case it seems.

Hey don't worry Partygirl its just your demons acting a muck, siphoning off energy off you and thriving of your bizarre fears. It will probably manifest in your life in some way or another but the truth is it probably did already, it's just something everybody goes through in there life's at various times and places. You must be at one such time and place.

You will be fine Partygirl just use whatever works, your faith or something else. But next time in your dreamland if you wake up to weirdos siphoning off energy, do your little super saying faith trick faster and then proceed to kick ass and take names, in fact manifest yourself some angels or a sword and cut stuff up.

Oh man, was that who's dream I was in? I'm sorry for scaring you, I get a little carried away when I feast