Winston, the chief character in this fiction, came face-to-face with the use of totalitarian kitsch propaganda.

It is a form of mental warfare used by a relentless and morally devoid leadership for control. Page one of his fine

On each landing, opposite the lift-shaft, the poster with the enormous face

gazed from the wall. It was one of those pictures which are so contrived that the eyes follow you about when you

move. BIG BROTHER IS WATCHING YOU, the caption beneath it ran.

eyes. I sought them, because of the controversial 2002 poster which set civil liberty groups in an

uproar. All but one were from the London Transport Authority Museum.

The last one, which was the one that drew a lot of criticism, was omitted from any official literature by 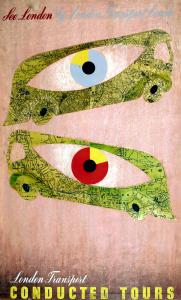 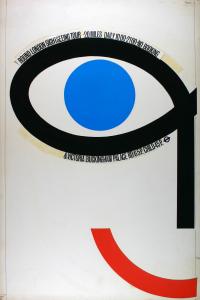 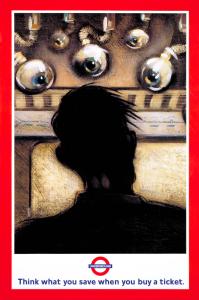 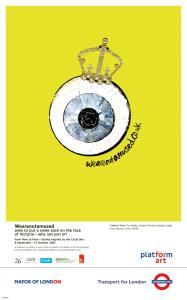 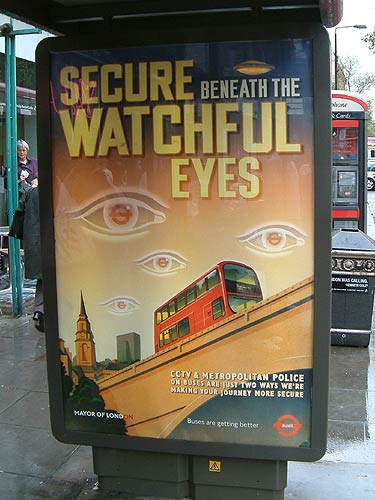 If you have not read 1984, then you might not understand what the big deal is.

Propaganda is used to 1.) Keep the masses "informed about who their leader is.

2.) Keep the masses aware that they are powerless against it.

and 3.) Give their leadership a semblance of authenticity under the guise of "art:.

posted on Apr, 7 2012 @ 05:18 PM
link
Well it shouldn't be much of a surprise. London houses one of the largest lodges in all of freemasonry. I'm sure plenty of the prominent business figures in the area are followers of the craft and thus pay homage to the craft in their works.


Well, while it's not surprising (to some of us), this has not been covered at ATS before.
I can't believe that anyone would be naive enough to think that this is good or just harmless coincidence.
I'm just getting what I found out into the open. Sunlight is a good disinfectant.

posted on Apr, 8 2012 @ 03:02 PM
link
I needed to give some context to the 2002 poster and the uproar it caused but, none of it received attention from mainstream media, only wired.com and infowars.com!
From Wired;


Attention Londoners: Big Bobby is watching. That's the message of posters plastered along London's bus routes earlier this week to assuage riders' crime fears. But the posters are having the opposite effect on privacy advocates, who say the artwork is creepily reminiscent of the all-seeing authority described in George Orwell's 1984. The posters show a red double-decker bus crossing a bridge as four floating eyes stare down from the sky. The eyes' pupils are the symbol of Transport For London, the city's mass-transit provider. "Secure beneath the watchful eyes," the poster says. "CCTV and Metropolitan Police on buses are just two ways we're making your journey more secure."


According to a writer for Prisonplanet, there were other disturbing posters at the station in 2008;
Steve Watson

Upon entering the London underground following a rare trip abroad last week I was hit with a sudden reminder that I was entering back into big brother control central when I encountered rows and rows of advertising boards plastered with the same stark posters reading "I THINK I'M BEING WATCHED".

If you notice ALL his photos are deleted. hmmm...... 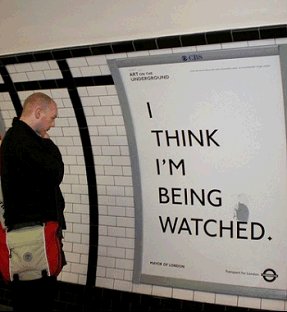 From his thread (I think) at Earthhopenetwork.
edit on 8-4-2012 by Clearskies because: link

posted on Apr, 8 2012 @ 03:16 PM
link
While I know the crime rate for the trains was REALLY bad at some point (and it's down now, not sex-crimes), is that justification for the use of almost MIRROR-LIKE Orwellian propaganda?

posted on Apr, 8 2012 @ 04:17 PM
link
I know this is probably a case of mistaken identity, but just above the words "beneath the", it looks like a flying saucer is hovering there. Perhaps overseeing the whole surveillance operation, satisfied that things are going "according to plan"?? I guess it could be a street lamp... A futuristic, magical floating streetlamp that is not connected to a pole or any wiring of any sort.


I think the light (spaceship) is just a reflected inset bulb in the ceiling of that poster stand.


Yeah a light reflection from the bus stop interior , not in the original picture. Still creepy to see out around London. 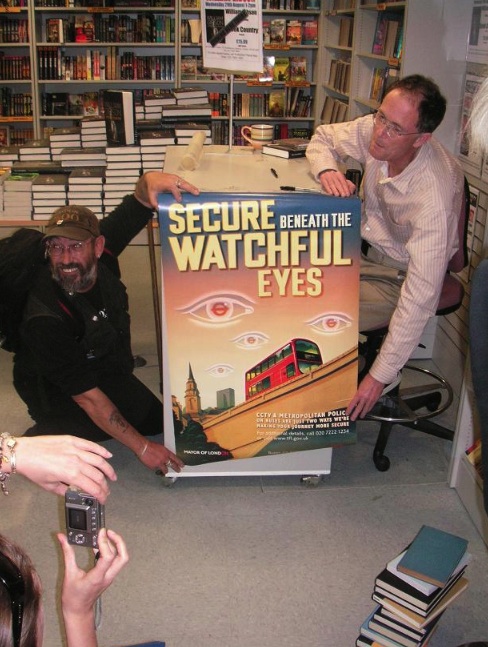 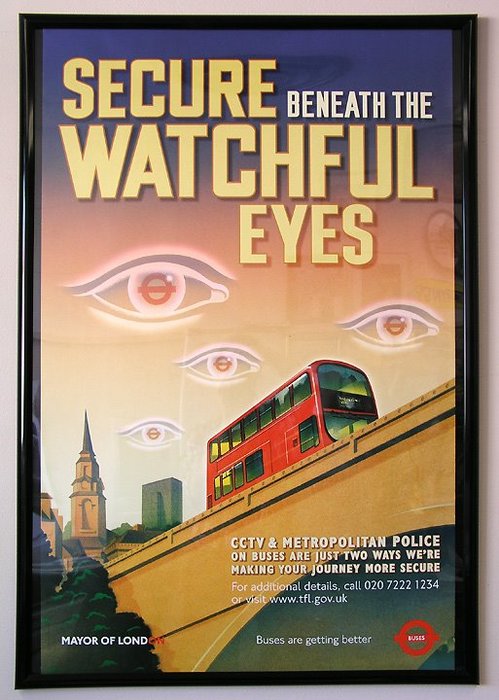 posted on Apr, 8 2012 @ 09:04 PM
link
It's interesting that one of the main attractions on the bank of the Thames just down a ways from the Houses of Parliament is the "London Eye" Ferris wheel


The London Eye, or Millennium Wheel, was officially called the British Airways London Eye and then the Merlin Entertainments London Eye. Since 20 January 2011, its official name is the EDF Energy London Eye[5] following a three-year sponsorship deal.

Big Brother's got his eye everywhere

posted on Apr, 9 2012 @ 10:39 AM
link
Whilst the 1984 reference is there, I wouldn't be suprised if people involved in the posters were acting to actually have an impact on improving safety.

For example, if there is a poster saying 'I get the feeling I'm being watched...' I would imagine it would help lower crime because people are literally being reminded they are being watched by CCTV.

Whilst people don't want camera's spying on them, CCTV is still a good thing in some ways- on a bus or train etc- they act as a deterrent from crime.

They can't stop crime but they can prevent it in some instances and help with follow ups to catch perpetrators.

Finding a balance between privacy and security is the key.