page: 1
19
<<   2  3  4 >>
log in
join
share:
dign4it
+2 more
posted on Apr, 7 2012 @ 11:37 AM
link
If anything guarantees the spiritual death and destruction of the Masons and the Illuminati it will be their rewriting of the Bible. This may sound rude and harsh to some people, even Christians, but the fact is this: Christ stated that any man who changes EVEN ONE PERIOD in the scriptures shall perish, and the Masons and Illuminati have TOTALLY rewritten EVERY verse of Gods Word. Ever wonder why the Bible has contradictions? The True Word has no contradictions WHAT-SO-EVER.

I want to be clear on this matter because this is a major, major topic. 99% of the Masons out there are just plain ignorant when it comes to the secret agenda of the Masonic Lodge. This 99% is a facade, they are doing all of the "good deeds" that the Lodges want you, the public, to see. While the 99er's are doing good, their leaders are doing evil.

I have written before concerning the four hidden dynasty's and how the Masons/Illuminati control the masses by controlling these dynasty's, but for those of you who are just now tuning in, let me go over them. These ARE the four hidden dynasty's that allow the Illuminati and Masons control us (in no specific order) :
#1) The Religious Dynasty
#2) The Political Dynasty
#3) The Financial Dynasty
#4) The Educational Dynasty
Folks, a blind man can see how all of these dynasty's are being used today, just listen to the news. We have religious wars, politicians who are nothing but whores, banks that are being propped up with taxpayer money (even though the bankers are the ones who "looted" their own banks), and an educational system that is nothing but a brain-washing. "That which is right shall be made wrong, and that which is wrong shall be made right."

There was/is, really, only one "manual" that you could/can read in order to learn who is behind this evil....this manual is known as The Bible. The Bible tells us about Satan and his ornery off-spring, and also tells us of their plan to control the people, the resources, the entire world. Well, the Masons and Illuminati couldn't allow the people of the world to know about them and their evil plans, and since the Bible was the only source for us knowing about these mis-fits, all they had to do was rewrite The Bible. Enter King James.

King James was a Mason and he joined forces with the Catholic Church, the "main office" of the Illuminati, to rewrite the Word of God so that you and I would never have a clue about these children of Satan OR their plans. This bible came out in 1611, or there-abouts.

In the original release of the Bible there were two letters in the front of the book, the preface. One letter is still there, it is basically a letter praising King James....long live the King, etc,. The second letter was a letter "from the Interpreters to the Reader," and this letter basically states that you should not take this book word for word for two reasons:
Reason #1) Some of the words in the original manuscripts could not be translated into English, so the "best" interpretation was used (even though this "best" interpretation was lousy).

Reason #2) You should not take these words "at their value" because the Catholic Church was in charge of these "works" and the Catholics don't want you to know the truth about God's Word because it would expose them as the liars that they are (I'm paraphrasing). Folks, you have to know the truth befotre you can turn it into a lie.
In this letter from the Interpreters, they use language like this: the Catholics were afraid to bring their word to the touchstone because it would show their word to be false. Folks, a touchstone is a black siliceous stone used by gold miners. When a miner/prospector thought he had found gold, he would pull out a touchstone and 'scratch" his gold acroos this touchstone, and if it were truly gold then there would be a gold streak across this stone. if there was not a gold streak, then the miner knew that he had found "fools gold." And this is what the Interpreters called the Catholic religion....fools gold, a fake. Look this up yourself on-line...search "1611 Bible." It's in an old form of English and it can be hard to understand, but it's there.

In rewriting the Word of God, the Masons/Illuminati knew that they couldn't just rewrite the parts that tell us of Satan bringing his off-spring into this world to corrupt it. That would be too obvious. So they rewrote the entire book.

The Catholic Church also knew that they could not "trap" everybody with Catholicism, so they had bishops "branch out" and form other religions. Martin Luther was a bishop who went out to create The Lutheran Church. Ignatio De Loyola was a Catholic who went out to form the Jesuits and so on. Folks, 99% of the Churches out there are "false" churches...so be careful. Do you believe in The Rapture? Then I strongly urge you to do a web search of "Margaret MacDonald." This rapture theory is the most evil thing used to mislead Christians. Mararet, herself, said that her dream (which was used to create the Rapture Theory by a couple of priests) was an evil dream. But these two priests used it as a way to keep you from knowing the True Word. Of course you are going to read and hear others say things to the contrary, but don't be fooled.

The Masons/Illuminati have a long, long record of writing books that supposedly "prove" that the truth I speak of is a lie. When they argue a point you will see how they use statements like "so and so disproved your theories a long time ago." In other words, the Masons use these written "books of lies" as a "legal precedence" to try and debunk the truth, as well as debunk anyone telling the truth.

In researching the Masons and the Illuminati (and all other secret societies), you will find that in almost EVERY case, there were priests involved in the conception of that secret society, priests who are/were a member of a Catholic religion (Lutheran, Pentecostal, Jesuit, Baptist, etc).

Now people, listen up...so far the news has been bad..but there IS good news. You see, our God will not judge people for their sins IF THAT PERSON HASN'T REACHED THE " SPIRITUAL LEVEL" OF RESPONSIBILITY.
And folks, with what the churches are teaching today, NO-ONE can reach that level. I'm not saying you are free to go out and murder or kill or rape, I'm just saying that our Father is awesome, and you would know that what I say is true, if only you were taught the truth and not the lies of the church. I have no problem bringing my "understanding" to the touchstone. It's also stated in Romans, by Paul, that God, Himself, has blinded many people so that they cannot see the truth of His Word. God does this out of love, He does this so that He WON'T have to cause your soul to perish. I believe that he also does this in order to allow Satan and his children to "fullfill" the plan that they have been given. A plan that will cause the Masons/Illuminati to stumble and fall......right into the Pit.

God loves ALL of his children. He wants all of us to be saved, but not all of us will be. Without repentance the upper echelon Masons/Illuminati shall perish along with their "holy one."

Have a happy Passover, Ladies and Gentlemen. (Easter, another lie you can chalk up to the Masons/Illuminati)


Finally someone who've seen the work of the Illuminati on the religions. Thumb up for you, mate!

posted on Apr, 7 2012 @ 11:44 AM
link
Boy am Iglad to see someone busting the Illuminati/Mason little lie. I am atheist, but I hate a lie when I see one. That lie could destroy our future if the Illuminati succeed in entraping us in their rules.

I laughed so hard I almost peed my pants.

It doesn't need "illuminati" to change the "word of god" if it was ever in the bible in the first place.

posted on Apr, 7 2012 @ 12:01 PM
link
i was under the impression that they already wrote it.
what is there to change?
if it aint broke dont fix it.
their religions seem to be pulling suckers in every day to their agenda.

Indeedy, chocolate eggs for all!

...refers to Revelations alone. Not to the rest of the books of the bible. And Christ didn't say it. John did.


well, that was interesting.. I don't know what else to say.. I don't really know anything about it.

Found the treasure this morning...being guarded by a cleverly disguised Mason..... 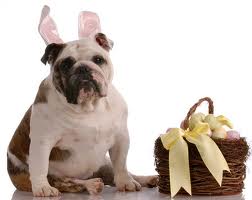 Interesting comment from someone who believes that violence is the best weapon, and that priest's entrails should be used to hang people.
No, the Bible was rewritten by the Illuminati when they took over the Vatican in 1300, so that they could show that Christianism was bad, and gave people lies instead, and brainwashed them to think that the Bible was never rewritten.


Did you join ATS just to slam the Masons? You have started 23 threads here so far and 20 of them are about Masons. Are you a Mason? Do you even know one? Do you have ANY idea about what Freemasonry really is or do you just repeat what you read in blogs?

I must ask you this:

"Is this thread I am creating an honest attempt at civil discourse/debate about the subject or, am I trying to sow as much hatred as I can about the evil ___________s to wake people up to the fact they are scum?"

You have only been here a month and you already sound like a broken record.

here is some suggested reading about your question.

Originally posted by violence=answer
i was under the impression that they already wrote it.
what is there to change?
if it aint broke dont fix it.
their religions seem to be pulling suckers in every day to their agenda.


haha. He was saying different groups changed it than the ones it was originally for.

posted on Apr, 7 2012 @ 12:26 PM
link
the Word of God can no more be rewritten by the hands of man than any man could hold back the tide or make the earth reverse its orbit around the sun.


Actually, wasn't it some Jewish scholars who found the code?

Originally posted by starheart
reply to post by SonOfTheLawOfOne


Well religious scholars seem to think Jesus, as you put it, was a real damn good human....

I don't buy into the Bible Code theory.....Why this need to find anything past...love thy neighbor, as thy love thyself...is beyond me.....


Yes, for the Kabbalah. But there was also a code found in the Bible itself, and i'm pretty sure it was Harvard who discovered it.